Get a free recipe
Subscribe
Urfa Biber, Say It With Us
By: Linda Schneider 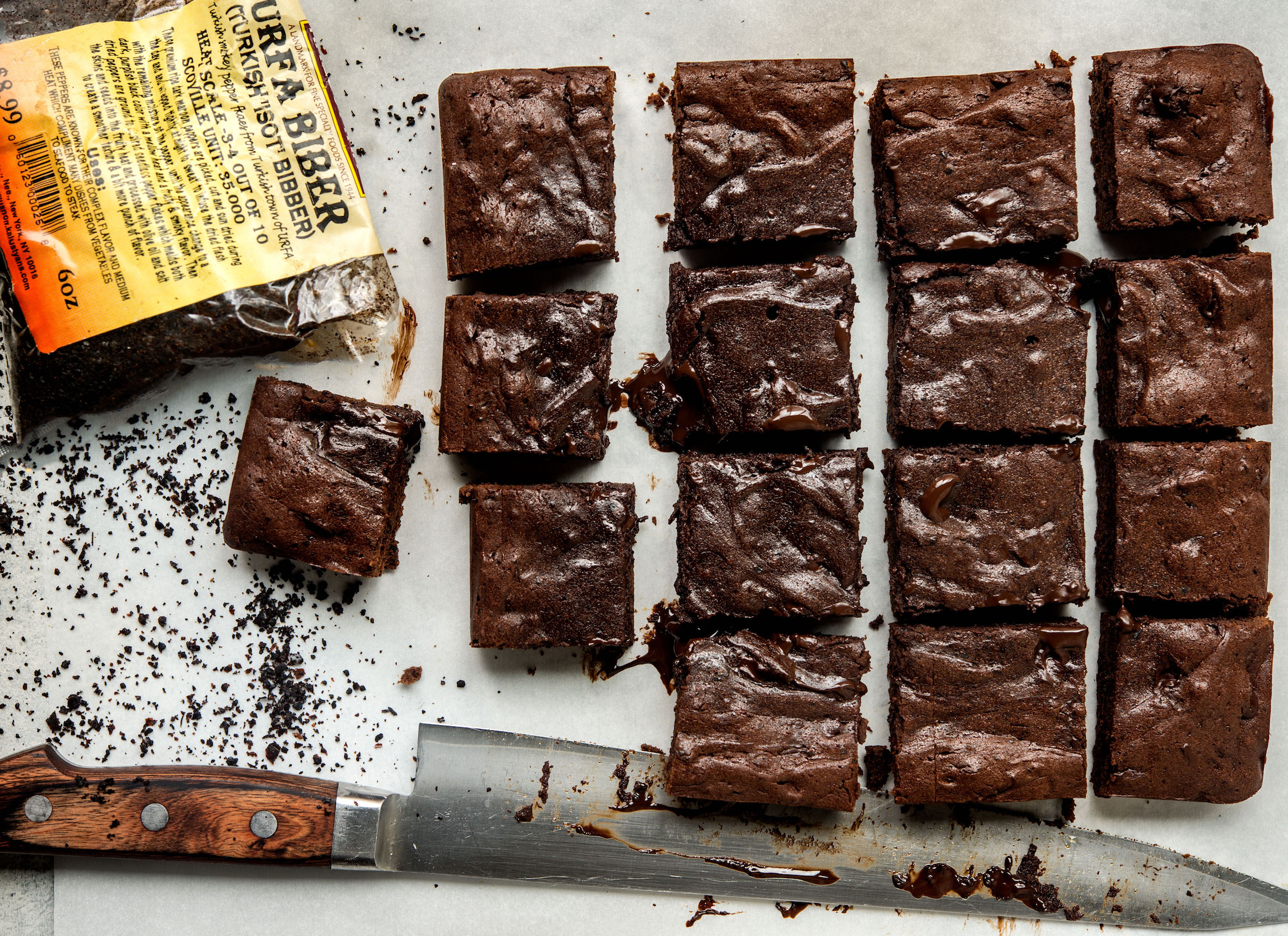 This Turkish chile will add a touch of mild, smoky spice to everything from poached eggs to brownies.

Urfa biber is one of those ingredients that you don’t know you’re missing in your life until you try it. The deep purple spice has a smoky, fruity, raisin-like quality that you might recognize from Turkish lamb and eggplant dishes. Its mild flavor is reminiscent of the Mexican ancho chile but earthier, with some hints of chocolate and coffee.

Technically a red pepper, Urfa biber is ripened to a dark maroon on the plant before harvesting. The peppers are dried in the sun, but not completely so. More specifically, they go through a two-part process in which they are sun-dried during the day and wrapped tightly at night. The nocturnal wrapping process is known as sweating and helps the pepper to retain its natural oils and moisture. This gives the flakes of dried pepper a slightly chewy texture, so they’re often packed with salt to prevent caking.

I’ve only encountered Urfa in its dried, ground, flaky form (more specifically, at spice shops like Kalustyan’s in New York City, the Spice House in Chicago, or online), never in its natural whole chile pepper state. But I recently happened upon a farmer at my local farmers’ market selling Urfa pepper plants, and now an Urfa pepper plant is growing in my tiny urban garden. My fingers are crossed for a bumper crop of Turkish Urfa peppers in Philly so that I can try my hand at the drying process.

What will I do with all this Urfa, you might wonder? What doesn’t benefit from a dash of Urfa? Its tannic, earthy profile is a nice counterbalance to sweet desserts, particularly of the chocolate variety. In Turkey, Urfa is traditionally used in meat dishes like kebabs and other savory preparations. You can use it as a rub for just about any type of meat (from chicken to venison to duck), long-simmered stews, or roasted vegetables from winter roots to summer bell peppers and eggplant, or to liven up a red pasta sauce. Or simply sprinkle Urfa over any dish to which you seek to add a pleasant, subtle smoky element.