Get a free recipe
Subscribe
Those Capers Buried in the Fridge? Cook With Them.
By: Layla Schlack Photos: Yossy Arefi 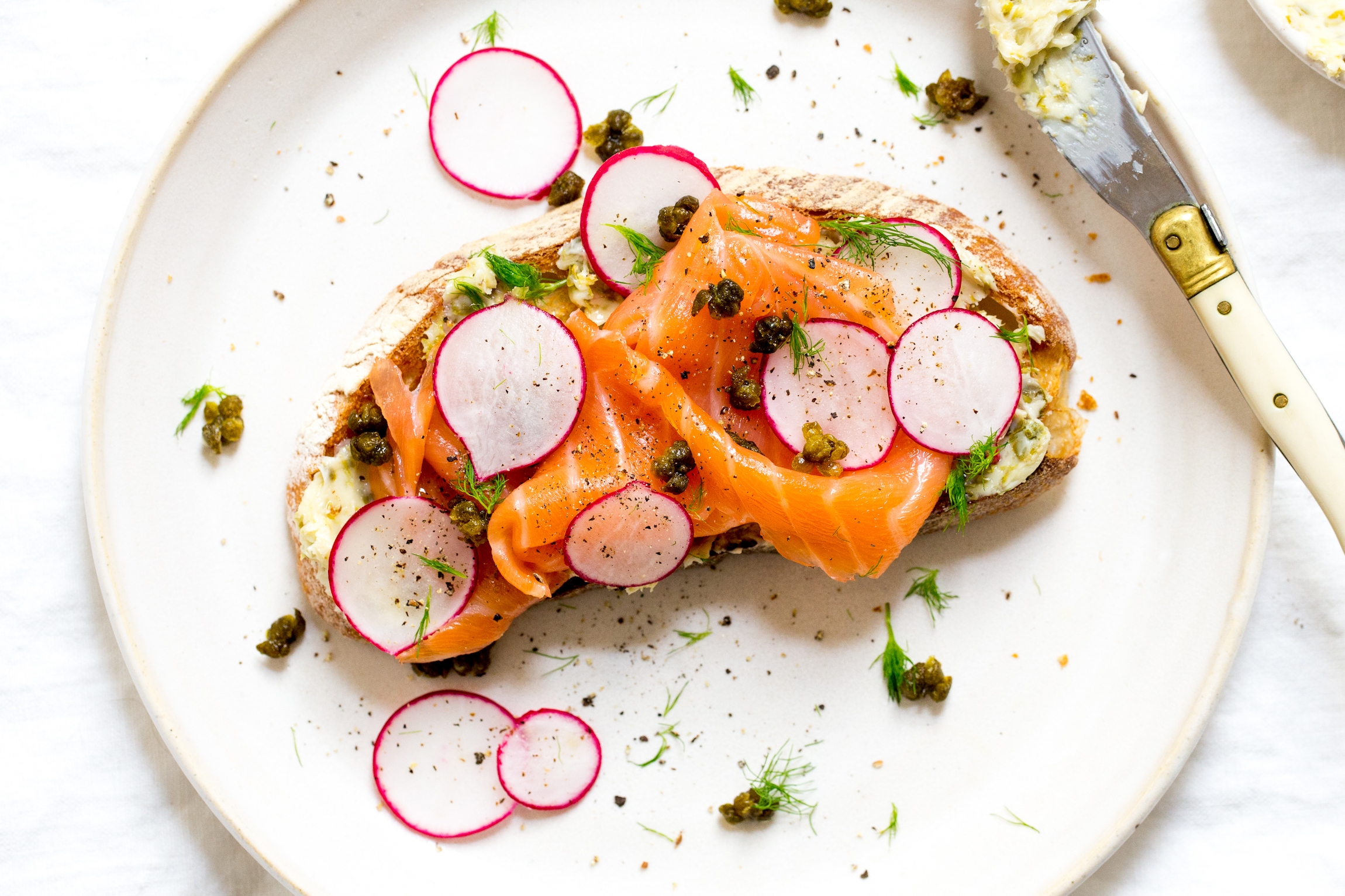 If you can’t put a finger on what’s missing from a salad or a pizza, the answer might be a sprinkling of briny capers.

Like a bottle of Worcestershire sauce on the refrigerator door, or a little shaker of cream of tartar you bought to make meringues, there’s probably an open jar of capers languishing at the back of your fridge from that time you were making chicken piccata for your mother-in-law. The capers are likely still good, so go get them. Use them. Love them. Ounce for ounce, these cured buds are the most flavorful thing you own, packed with mustardy, vegetal brininess.

Capers are made from the buds of a wild shrub, Capparis spinosa, that grows well in arid, rocky parts of the Mediterranean, like Morocco, Turkey, Italy, and Spain. The Epic of Gilgamesh, one of the oldest written stories ever recovered, makes a reference to them (from 2100 BC). Suffice it to say, capers have been around for a while. If not harvested, the buds would bloom into white flowers with bursts of pink and white stamens, then fall off, and caperberries would grow (oblong, full of seeds and probably best known from the cooking scene in Bridget Jones’ Diary). But nevermind those for now. We’re here to talk about capers.

Fresh, I hear, they’re bitter and astringent. They’re sold brined, pickled, or salt-packed, which tenderizes the buds and accentuates the flavor of mustard oil over the harsher, pinier notes.

The salt-packed ones are the most expensive and offer the most concentrated flavor, but they can be used interchangeably with brined ones. Chefs and other caper connoisseurs say these are worth the splurge. I don’t disagree, but I also generally buy the lower-cost saltwater-brined ones. They’re cheap, and I can cook or make salad dressings with the brine. Plus, I love the idea of something so cheap making my food taste fancy. I stay away from the ones that are labeled “in vinegar” or “vinegar-packed,” because they tend to lose a lot of their caper-y flavor to the overpowering acidity of the vinegar.

The other variable is size. Most likely, that jar in your fridge contains nonpareil capers. These are the smallest, mildest, and most tender. The next two sizes up, medium and large, are older. They’re a little tougher, and the leaves are a little looser. They also develop more floral, herby and piney notes. Personally, I love the way nonpareil capers pop when I bite them, but I also like the more developed flavors in the larger ones. I guess what I’m saying is just buy them all.

What will you do with them? Oh, everything. Let’s review the things you know: bagels with cream cheese and lox, deviled eggs, puttanesca, and Niçoise salad. Don’t you wish you ate more of those things? I also toss them into pretty much any salad I’m making—including tuna, chicken, egg, pasta, and potato—as well as most iterations of weeknight pasta. In these scenarios, I’ll often pair them with bright ingredients like dill, cucumber, and fennel. The capers add welcome depth to the fresher flavors.

Conversely, adding them just before serving a rich, hearty braise adds brightness. With their Mediterranean roots, capers work especially well in stews that have a fruity element, like prunes or apricots. But in a pinch, if I’m without a mild cheese to add some salt and tang, I’ll top my braised carnitas tacos with capers, too.

If you’re noticing a trend here, it’s that the capers are always mixed in with or sprinkled on top of cooked dishes. That’s because cooking them dulls their flavor. But occasionally, in something like a puttanesca, which has a lot of other bold ingredients, a little dulling is a good thing. Sometimes I’ll even rinse them. Some well-regarded sources insist that you should always do this, but I usually don’t unless I’m using the salt-packed capers (always rinse those).

But there is one instance in which cooking capers is a very good idea. Fried capers are the crunchy, salty topping that’s here to save your dinner from mediocrity. Since we’re heading into summer, I’d say try them on chilled soups and panzanella, or put them on your pizza year-round. Because capers are an everyday-priced food that go with nigh anything you cook and make it taste special. Give them the attention they deserve.