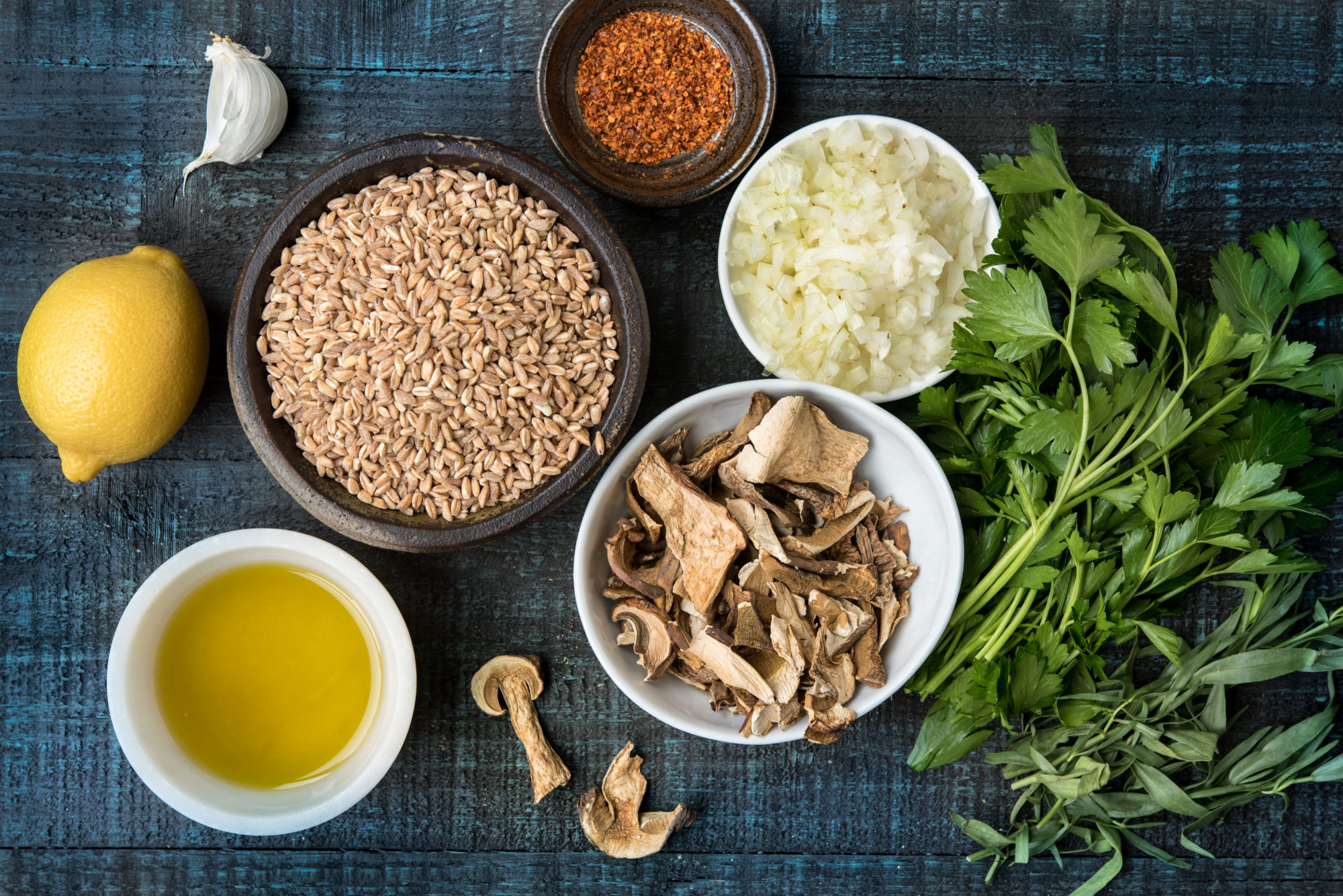 Ground into a powder and sprinkled into braises and risottos, dried mushrooms can pack more of a punch than fresh.

It was a stroke of weeknight genius, one of those flashes I knew would change the course of my cooking: Instead of reconstituting dried porcini on the side while I cooked the pasta, I sautéed them in a bit of butter at the bottom of my pasta pot, added water to boil, and then cooked the pasta in the same pot, right along with the mushrooms. The result—a take on the now-ubiquitous one-pot pasta technique—was deeply flavored, the butter at the beginning mixing with the pasta water to form a creamy sauce.

I’ll admit, I hadn’t thought much about dried mushrooms before I picked up that fateful pack of porcini on sale for $3.99. But having discovered that this shelf-stable, easy-to-find ingredient had all this flavor and potential, I did what anyone would do: became totally obsessed with how to exploit it for all it was worth. That meant infusing cream sauces, olive oil, soups, and grains with savory, earthy mushroom goodness—and not just porcini. I started snatching up dried oyster mushrooms and chanterelles, grinding them into powder for spice rubs, and plopping them into the roasting pan, learning the ins and outs of which mushrooms work best in which scenarios.

It turns out some varieties are improved by dehydration. Eric Sclare, a Connecticut-based forager I know, told me that he actually prefers the concentrated flavor of dehydrated mushrooms, particularly of the bolete species. This includes porcini but also wild mushrooms like cep, king bolete, and penny bun. For reconstituting purposes, porcini are unlikely to plump back up into beautiful, whole pieces (they tend toward limp and mushy). But their intense flavor makes them well suited to being ground up for braises, soups, and spice rubs (mix ground porcini with salt and pepper and sprinkle liberally over a rack of lamb; you’re welcome). I like to crumble dried porcini, simmer them in a small amount of water, then add the mushroom pieces and liquid to beef or chicken stew, braised short ribs, lamb ragu, osso buco—any dish in the canon of slow-cooked with wine, tomato paste, savory herbs, and garlic—as well as risotto. Alternatively, I’ll sauté them, then add a mirepoix and whatever braising liquid I’m using to make vegetarian versions of the above, like eggplant ragu and lentil stew. This has the same effect as browning meat, infusing the fat with rich, meaty mushroom flavor that carries through the whole dish. I’ve also discovered that they get pretty smoky and crispy when fried, for a delightful crunchy topping for soups, salads, pizza, and pasta.

Other mushrooms, like morels and hens of the woods, are better at reconstituting, plumping up prettily in sautéed or roasted veggie dishes or pastas or on pizzas. But if you’re only going to buy one type of dried mushroom, I’d advocate for it to be porcini: They’re versatile and pack a wallop of flavor. At their best, they’re meaty and smoky, with a buttery scallop aroma and a sweet, pipe-tobacco undercurrent.

When reconstituting whole mushrooms, I’ve had great success bucking conventional soaking wisdom. My tactic, when prepping them for a dry-cooking method, is to add a little bit of warm water (say a 1:1 ratio of mushrooms to water by volume) for 15 to 20 minutes and then, again, to toss the mushrooms and the liquid in with the other ingredients. If it’s a wet cooking method, like glazed vegetables, I’ll skip soaking altogether. Dryness is your friend in maintaining shape and firmness, and whatever liquid comes into contact with the mushrooms will absorb their flavor, so why not keep it in the dish?

Now, anyone who’s ever encountered a gritty dried mushroom is cringing at my cavalier disregard for soaking. It’s true, I’ve been lucky and mostly avoided grit. The time-worn strategy of buying the second-cheapest product available has steered me to high-quality mushrooms. But I also have a trick, just to be safe: My trick is to shake the dried mushrooms in a strainer and then scrub them with dry paper towels. Often, since I’m breaking the mushrooms into smaller pieces anyway, I’ll give them another shake and wipe-down after crumbling.

Whatever mushrooms you buy, whatever cleaning and cooking method you choose, you won’t find many ingredients that blend so seamlessly into so many dishes while also bringing a distinct and heady flavor of their own. They encourage play and fearless seasoning, and no one’s cooking has ever suffered for that.