Get a free recipe
Subscribe
This Cookie Is Timeless, Any Way You Spice It
By: Mahira Rivers Photos: Liz Neily 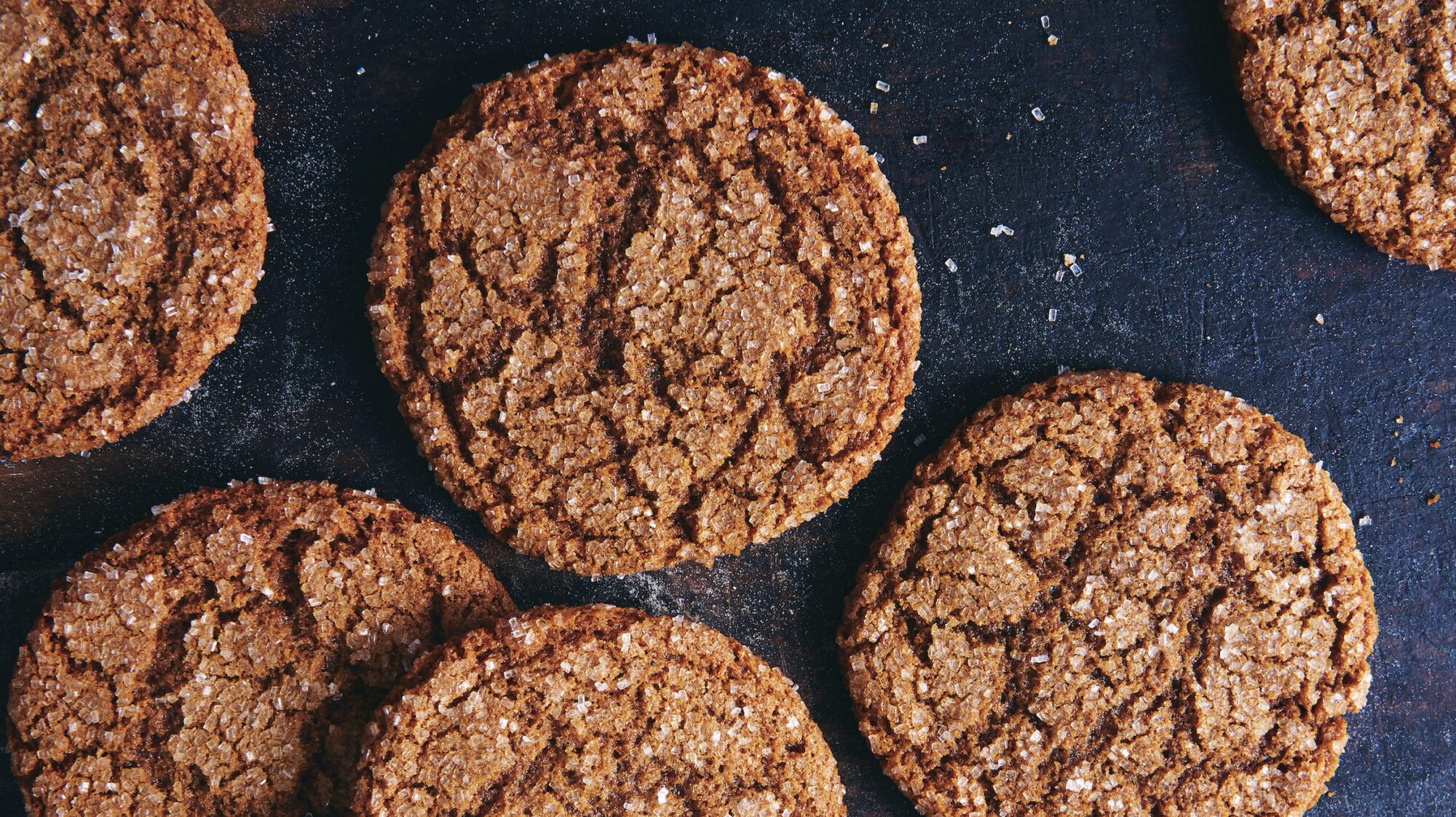 The molasses cookie’s basic formula has endured for almost 200 years, but there’s always room to spice it up.

Every Christmas, without fail, Virginia Pasley’s big, Northern Illinois kitchen was filled with the heady fragrance of clove, nutmeg, and cinnamon and the unmistakable sweetness of molasses. “Christmas came to our kitchen on the wings of a frosting painted cookie angel, in the hundreds—no, thousands—of cookies, spicy and sweet, crispy and chewy, that were baked and decorated there,” Pasley wrote in her 1949 book The Christmas Cookie Book.

For countless home bakers, the mere suggestion of spice is like a Pavlovian condition that conjures up the cozy, domestic warmth of the season. The King Arthur Baking Company even makes a Yuletide Cheer blend of spices, which includes allspice, nutmeg, and mace. One buyer left a recent review of the blend saying, simply, “Tastes like Christmas.”

It’s easy to forget, in an age of gingerbread Eggo pancakes and pumpkin spice lattes, but centuries ago, spices were incredibly rare outside their native environments. From the 16th century onward, cinnamon, nutmeg, and clove, among other spices, were shipped to Europe via the spice trade. In his book The Spice Route: A History, John Keay writes, “No other trade was so hotly contested, and no other group of commodities so exercised nations or so changed the course of history.”

Throughout Western Europe, which was the primary source of demand for the spice trade, only the rich could readily afford spices imported from lush, faraway utopias like the Banda Islands of the Indonesian archipelago or the Malabar Coast in India. For everyone else, these ingredients were saved for the most important occasions—like Christmas. And so, beginning in the Middle Ages, the spice cookie cemented its place in history. Not too much has changed since then. The spices we associate with the Advent season today are the very same ones that signaled the coming of Christmas hundreds of years ago.

It’s no coincidence that traditional recipes for spice cookies are as prolific in classic American holiday cookbooks like The Christmas Cookie Book as they are across Europe. Families that immigrated to the United States, especially those from Germany and Scandinavia, seeded the tradition with customs from the Old World. One of the oldest spice cookies might be lebkuchen, from Germany, a tender, cakelike cookie spiced with cinnamon, clove, allspice, and nutmeg. Then there’s pfeffernüsse, made across Northern Europe with clove, nutmeg, and cinnamon. Of course, there’s the ginger cookie, either soft like gingerbread or crisp like speculaas, which is made with cinnamon and ginger, and sometimes clove.

The King Arthur Baking Company Essential Cookie Companion cites the first printed record of spice cookies baked with molasses as dating back to the 1830s. The revised edition of the book, published this fall, contains 12 different takes on the traditional recipe, depending on the particular textural features you’re looking for, from an extra-spicy version involving crystallized ginger and chopped dates to a recipe for paper-thin snaps. They all achieve a common goal, though: a cookie full of peppery spice (whether cloves or black pepper or ginger), sweetened with molasses.

“I think it also helps that I don’t have childhood memories of classic spice cookies to recreate. I have a totally blank slate to play around on.”

While the spices in a Christmas cookie have generally been confined to an oft-replicated formula, a few enterprising bakers are starting to shift the formula. Last November, Elana Berusch, a food scientist and recipe developer based in Denver, posted a recipe for garam masala gingerbread cookies on her blog, Lani Bakes. The masala, which contained star anise, black pepper, clove, and cinnamon, overlaps with a few of the traditional spice cookie’s spices.

In many cases, bakers are not just trying to re-create traditional spice cookies as they are known but attempting to redefine how spice is used across all kinds of cookies. The peppery heat that is signature to a spice cookie, which has traditionally come from mace or ginger, is crossing over and finding new sources—Berusch experiments with pink peppercorn for its floral accent, while other bakers are turning to chile peppers like cayenne, gochugaru, and Sichuan peppercorn for a more literal spicy kick. Turmeric is popular because of its dreamy color, while sumac, grains of paradise, and fennel are simply interesting flavors.

Part of the inspiration, for Berusch at least, was the opportunity to play with expectations of sweet and savory. “I think it also helps that I don’t have childhood memories of classic spice cookies to recreate. I have a totally blank slate to play around on,” Berusch, who grew up celebrating Hannukah, says.

For other bakers, memory plays a slightly different role. In her cookbook The New Sugar and Spice, Samantha Seneviratne reminisces about the clove trees in her great-grandmother’s Sri Lankan home. The ingredient, which she uses in recipes like the sticky gingerbread from her blog, takes on a deeper, richer meaning considering the connection to her own history.

Similarly, Kristina Cho, a Chinese American cookbook author, has a recipe for glazed five spice cookies on her blog, Eat Cho Food. Amisha Gurbani, a San Francisco–based recipe developer from Mumbai, created a buttery thumbprint cookie inspired by thandai masala that includes star anise, black pepper, and fennel. In expanding the genre with new spices, a generation of bakers are evolving history on their own terms.

“There are so many wonderful cooks and bakers of color who are using these spices to make the most unbelievable pastries. We just need to put down the pumpkin pie spice and learn from them,” says Berusch. The ingredients may change, but the spice cookie is here to stay.