Get a free recipe
Subscribe
What Is Third Wave Coffee?
By: Max Falkowitz Illustration: Carmela Caldart 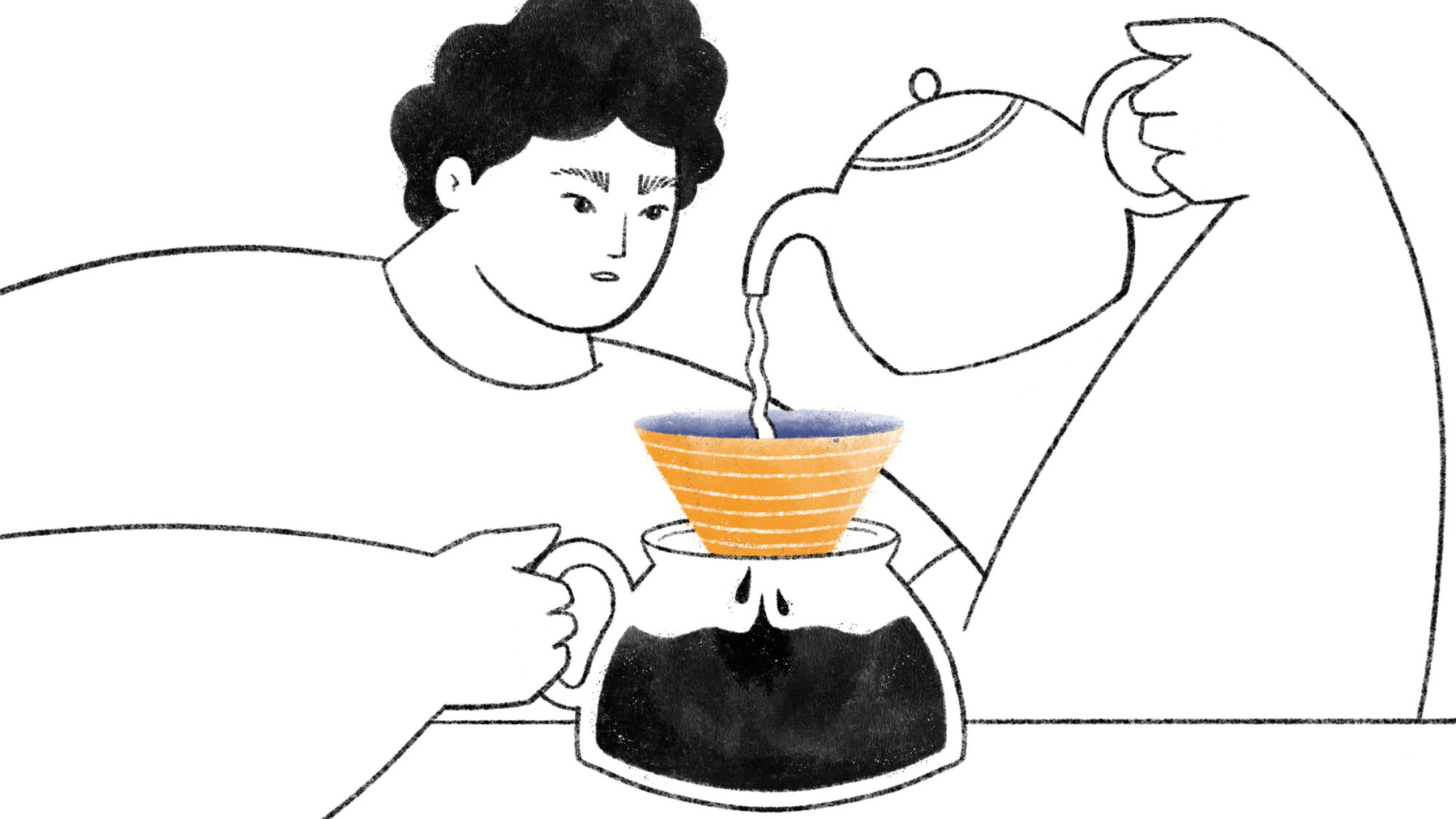 It’s about better coffee, but also a new way of thinking about your daily cup.

Like postmodernism and pornography, the term “third wave coffee” is easy to recognize but hard to define. You know it when you see it: minimalist cafés with uncomfortable wooden stools and looming monsteras, light-roasted beans with flavors compared to blueberries or jasmine bulbs, and ambient music pulled from a Spotify playlist with the word “chill” in the name. But third wave coffee—and “specialty coffee,” an intertwined term—is about more than a coffee shop’s aesthetic and soundtrack.

Sam Sobolewski, the coffee director and co-owner of Bartavelle Cafe in Berkeley, describes third wave coffee as “when you think about coffee as a culinary ingredient instead of a commodity—caring about how it’s sourced and prepared and the quality of the finished product, as opposed to having it be this routine thing that just wakes you up in the morning.”

In coffee land, the first wave of coffee refers to the population of Italian immigrants that brought their coffee culture to the United States in the 1800s, while the second wave speaks to the rapid expansion of cafés-turned-conglomerates like Starbucks and Peet’s Coffee through the 1980s and ’90s. Emphasizing dark roasts and plush, living-room-like interiors (an aesthetic immortalized by TV shows like Frasier and Friends), these cafés were all about making customers feel at home and comfortable, with coffee as a daily part of their American lives. As former Starbucks CEO Howard Schultz put it, the idea was to make the coffee shop a “third place” between home and work. The coffee itself, while improved through new technologies (programmable espresso machines, for example ) and streamlined roasting and brewing techniques, was more about cultivating consistency than bringing the best out of the bean.

By contrast, Sobolewski says, third wave pioneers in the early 2000s launched farm-to-cup cafés and roasteries like San Francisco’s Blue Bottle and Chicago’s Intelligentsia with the mission of putting the beans and brewing process under a microscope, and the goal of producing “specialty coffee,” a genre of the industry analogous to craft beer.

“The term ‘specialty coffee’ is easier to define,” he says, “because it’s really about the quality of the cup. You can say, ‘this or that percentage of coffee around the world qualifies as specialty based on its cupping score by the Specialty Coffee Association,’” a global trade organization that in part sets standards for the specialty coffee world. “Third wave is more of a nebulous cultural construct that’s come up around that specialty distinction. How do cafés and roasters define ourselves to show we focus on specialty coffee?” Over time, he explains, that construct has come to include issues like sustainability in a warming world that’s getting a taste for better brews, as well as working with coffee farmers to improve growing quality, both to make better beans and to help protect farmers’ livelihoods. Global warming threatens the future of many of the world’s famed coffee-growing regions, with as many as half of the industry’s 120 coffee species at risk for extinction, according to the New York Times.

So what comes next for coffee, and is there a fourth wave on the horizon? Coffee professionals are divided on whether the third wave is “over” or just in a continual state of evolution, but many are excited by the prospect of bringing the second wave emphasis on accessibility to today’s specialty coffee. “In the beginning of the third wave movement,” Sobolewski continues, “service was an afterthought, and if anything, there could be a hostile attitude toward customers for ‘not understanding the product.’ But I think that’s slowly changed, and now there’s more places with really good coffee and service that you’d want to hang out in and bring your family to.” In other words, it’s about making the coffee experience as pleasurable as ordering a sandwich from your favorite deli, just the way you like it. “[Great coffee] isn’t just for the nerds.”

Also read: From the Mouth of the Gods