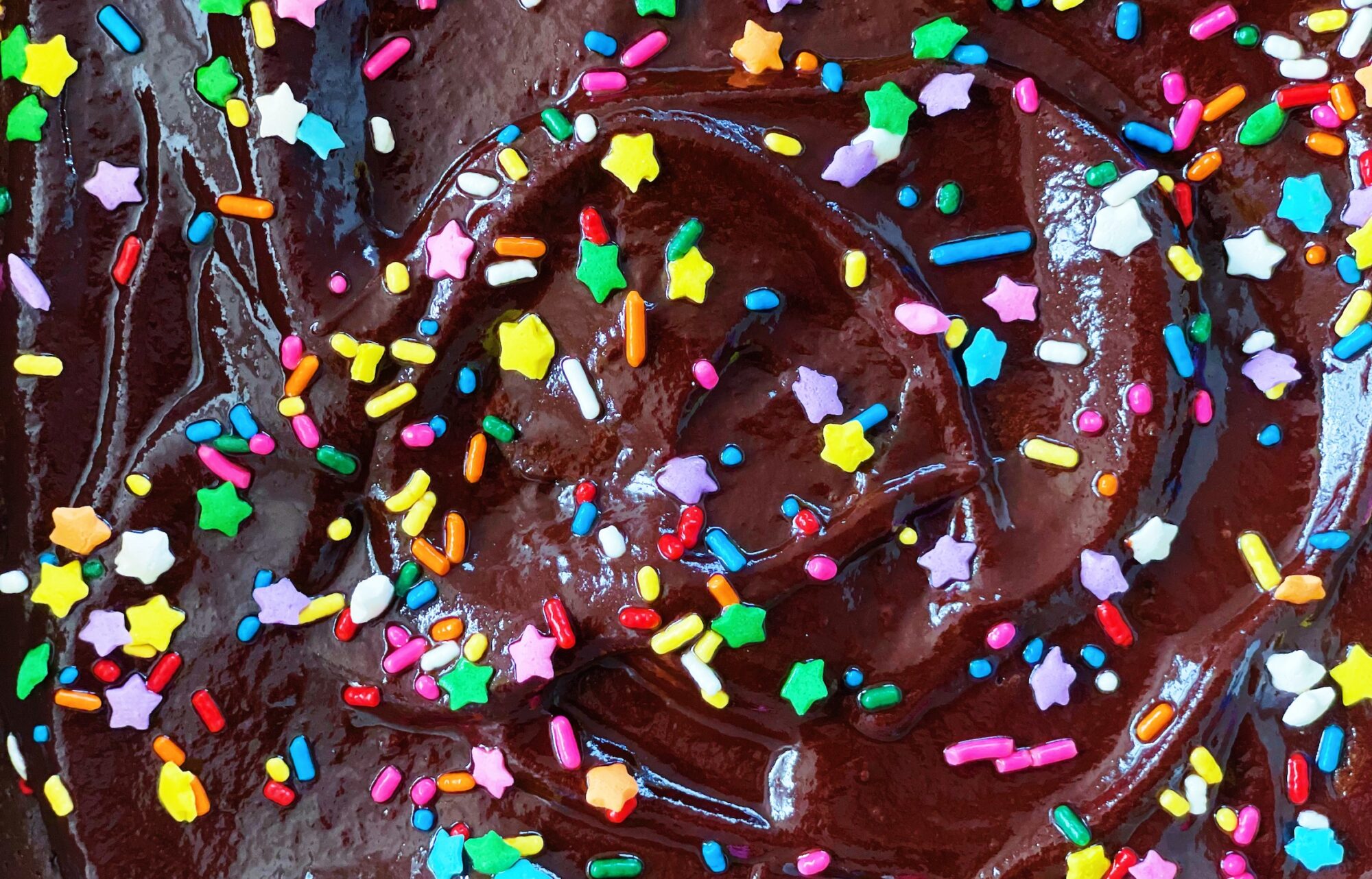 Little Debbie’s Cosmic Brownies first clomped onto the scene in 1999, and I have been hooked ever since. A frankly shocking number of cellophane packets of the fudge-frosted brownie bars, festooned with confetti-like candy sprinkles, have made their way into my shopping carts, my tote bags, and (eventually) my mouth over the past 23 years.

The Cosmic Brownie—somehow dense as a doorstop and yet so soft you could squeeze it in your fist until it compresses to the size of a marble—is truly a genius concept, from its promise of not just one layer of chocolate but a second in frosting form to the forced fun of a sprinkles topping. Everything about it brings me unending joy and nostalgia.

Yet the Cosmic Brownie, like so many of the flavors endemic to my childhood (looking at you, Sno Balls), never tastes quite as good as I would like it to. I once asked a friend who studies philosophy whether there is a term for this, for when the promise of something is better than the actual experience but one keeps returning to it nonetheless.

“I’m pretty sure that’s just called insanity,” he said. I told him I had to go, because I had another pack of Cosmic Brownies to polish off.

But he had a point. Which is why, at some point over the years, I began to develop my own version of Cosmic Brownies. The aim was to evoke the core traits of the real product while improving upon the ones that make my mouth taste like it’s been coated in a layer of chalk dust. Those parts could be skipped.

To create at-home Cosmics, I turned first to a superdense, cocoa-forward brownie recipe from Alice Medrich. I made a few tweaks—an extra yolk, a little bonus fat—to amp up the fudginess well past a ten. 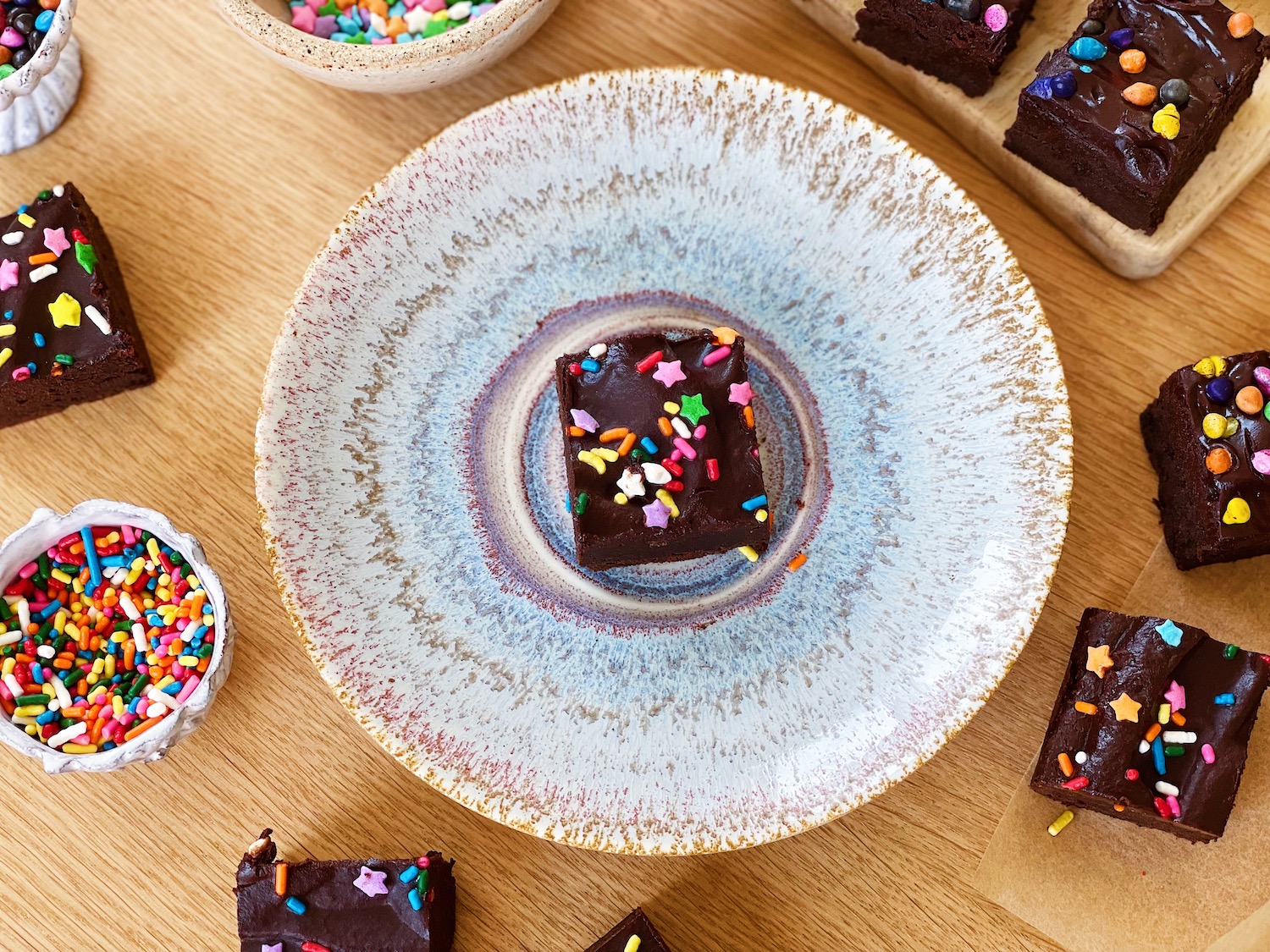 Then I played around with salted chocolate ganache as frosting. A favorite iteration, whipped for several minutes with a hand mixer after it cooled to room temperature, was more like a salty-sweet buttercream. Ultimately I returned to a thicker, darker ganache that closely resembled the one proffered by Little Debbie—but with a salt level that kept me coming back for fifth and sixth helpings. One foible of the original that I most looked forward to correcting was the ratio of frosting to brownie—I have always felt that both layers should be thicker, with more frosting per bite. So, in my recipe, I futzed until each brownie had the perfect amount of ganache—which is one-quarter of an inch. (I can confirm that my measuring tape is covered in chocolate.)

Then I hit the sprinkles aisle. The original Little Debbie recipe has candy-coated miniature chocolate chips, which at the same time seems to just make sense and also tastes a considerable amount like food dye. I tried a few batches at home with these, but I also mixed it up with classic rainbow sprinkles and crunchy little stars. And I discovered that what I like best is the freedom to shoot from the hip and decorate with whichever I’m feeling in the moment.

Because when it comes down to it, that’s what Cosmic Brownies are all about—impulsiveness and ephemerality. Or seeing something that looks fun and delicious and jamming it right into your mouth, and then jamming a second one in without thinking too hard about it.

Which is why, these days, more often than not, when I’m craving a Cosmic Brownie, I will turn to my own creations for a DIY, choose-your-own fudgy adventure. But it is also why I will never truly renounce the originals, tucked away in their little plastic sleeping bags, beckoning for me to pop the top and get in there in an instant. Insanity indeed.

Ella Quittner is a journalist, humor writer, and screenwriter. She often writes about food and culture, and has had work places like New York Magazine, The Los Angeles Times, The New Yorker, TIME, The Wall Street Journal, Food52, Man Repeller, Bon Appétit, and Saveur. Her favorite condiment is mayonnaise, and her favorite mayonnaise brand is Hellman's.