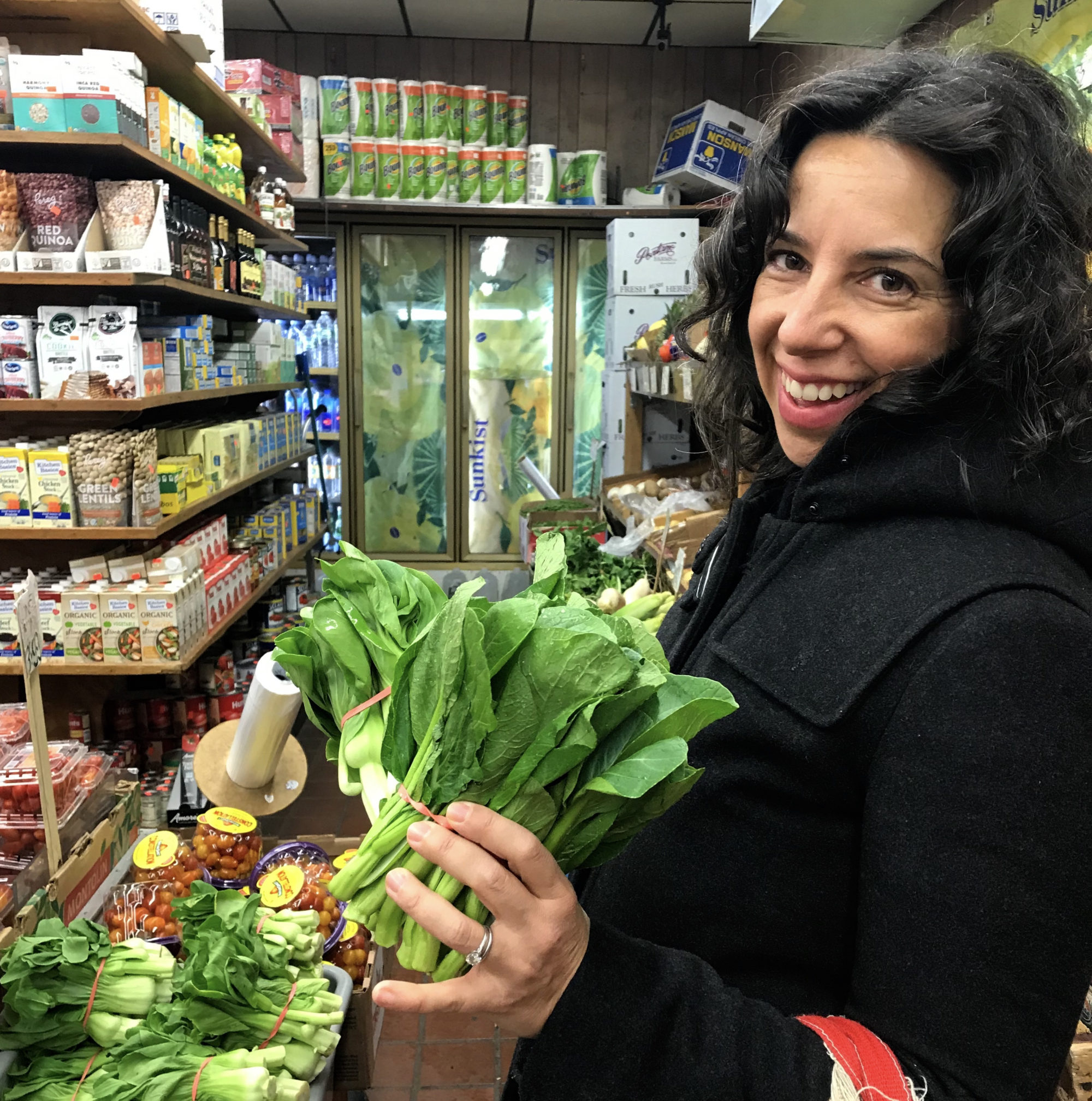 How does one learn to cook well? Does it start with ingredients, perhaps chosen from one’s own garden or a small, local farm in accordance with the seasons? By enrolling in a prestigious culinary school? Cooking your way through every classic French dish? Watching YouTube videos?

In the last several years, cookbook authors have offered a variety of methods that prize instinctiveness over instruction, organizing chapters by season or ingredient, technique, or flavor principles, and advising that readers lean into their own leftovers for inspiration. In Carla Lalli Music’s Where Cooking Begins, the real breakthroughs in home cooking lie in shopping for food. Music might not be a household name yet, but she has been behind countless recipes for Thanksgiving turkeys, birthday brunch spreads, and everyday home meals, having served as the food director of Bon Appétit for seven years. She is also a working mother of two sons with a demanding full-time job in New York City. And in Where Cooking Begins, she goes out of her way to shed the professional inclinations she gleaned over decades of working in the food industry—including years as the kitchen manager at Union Pacific, where Rocco DiSpirito was the well-known chef.

“The book is much more about my life personally, my personal approach, and not my Bon Appétit approach,” says Music, after describing a failed attempt to perfect a roasted carrot dish with turmeric and chile for Where Cooking Begins. The roasted carrot recipe had been something of an industry pressure. Music noted that each fall and holiday season, the Bon Appétit team would develop roasted carrot recipes because that’s what their readers wanted to see more of.

“I was trying to come up with an idea for a recipe that I thought I needed instead of writing the recipes for the food that I already make and love,” she says. In Where Cooking Begins, Music provides a technique for steamed carrots instead, a gentle cooking style that “sets you up to pair whatever you cook with assertive, spicy, sassy, rich, salty, vinegary sauces, condiments, and go-withs.” After that how-to on steaming carrots, there are tutorials for steamed fish, lobster, squash, and artichoke; there are also iterative sections on sautéing; on simmering and boiling (an underrated technique today, according to the author); pan-roasting; and confiting (perhaps most chef-driven of them all).

Most of all, Where Cooking Begins meditates on the underrated opportunities of food shopping. Music admits in her introduction that she used to be one of those people who followed the conventional wisdom of time-saving meal preparation, shopping heavily on weekends and cooking nearly everything she and her family were supposed to consume for that week. But it wasn’t worth her while in practical terms, nor in fun.

“It was the same thing over and over: I would plan for multiple meals, buy all the ingredients, and despite the bounty, food would go to waste,” she writes.

It felt like work, rather than the weekend time off that many people—and would-be home cooks—crave. Hence, Music came up with a theory and everyday practice that has made home cooking enjoyable to her: Separate the food shopping you love from the food shopping you need. She opens the book’s introduction by waxing poetic about shopping at the farmers market every Saturday, but in almost the next breath, Music goes on to advocate for online grocery shopping—using services like Fresh Direct and Instacart—when it comes to staples such as cans of tomatoes, dried beans, eggs, or the orecchiette you keep handy.

That way, you’re not dragged down with buying heavy, essential ingredients that you don’t really need to see, touch or feel before choosing, she explains. And you’re more prepared to make use of whatever culinary windfalls from exploratory shopping come your way. Especially fitting for city dwellers traveling on foot, this dual approach to food shopping allows room for supporting small, local businesses and farmers markets while offering convenience. “Small-scale cooking looks like this: Your kitchen is stocked with evergreen items across the board. On your way home in the evening, you stop off to pick up a nice fatty pork chop and a big bunch of mustard greens,” she writes.

So on a recent shopping trip, followed by cooking lunch, Music put that philosophy into action. Although it was perhaps the worst time of the year for visiting the farmers market in the Northeast—early March, when she warned it was tough to get excited by old apples and onions in the bins—she met me on a snowy morning in Brooklyn to gather supplies. The first stop was at Atlantic Fruit and Vegetable, a greengrocer on the border of Boerum Hill and Brooklyn Heights. It’s the kind of place that has no conspicuous claims to fame besides its long-standing popularity within its immediate community, thanks to its bargain prices and rapid turnaround of ultra-fresh vegetables, often Asian varieties.

Music eyed the fat, green bunches of produce, picking them up to inspect their telltale bottoms—the whiter and juicier the cut stalks were, the fresher the bunch of vegetables. She wound up with a bunch of yu choy sum, Chinese greens with crisp, sweet stalks, and floppy leaves, as well as baby bok choy. Music had by that time decided on adapting a cabbage recipe from Where Cooking Begins, but since these choy greens were in the same family of veggies as cabbage, she concluded that they were easily interchangeable.

“Of course, I worry about people taking up my mantra that a crisp vegetable can be cooked like any crisp vegetable,” says Music as we trudge through the slush after the produce market, towards Paisano’s meat market on Smith Street and finally, the Fort Greene Greenmarket to buy a loaf of bread and a single onion. “What if someone were to take a potato and cook it like a kohlrabi?” Over the next couple of hours, as she prepared a stir-fry inspired by one in her book, Music managed to fight back the anticipated comments and anxious reader questions that popped up in her mind as a result of years of editing a food magazine.

“I guess I worry about people who don’t have those instincts and then have a bad experience, which is definitely going to happen,” she says after describing a hypothetical dish that might call for one pan to roast a large head of romanesco, which actually might require two pans.

Yet one step at a time, Music proceeded to create an impromptu dish that defied culinary trend or notions of coherence. Everything was stir-fried in the same cast-iron pan in increments, but instead of the bacon, peanuts, celery, and cabbage, as ticked off on page 105 of her book, it was chorizo, Marcona almonds, celery, onion, yu choy sum, and bok choy, doused with soy sauce and sprinkled with celery leaves and Thai basil to finish. She served it with an off-the-cuff chile oil infused with urfa biber chile flakes, sesame seeds, and cumin, gathered from the pantry.

If the recipe’s deviation sounds random, its original was a surprise concoction as well.

“I originally made it on a weekend day when I was just starving,” says Music. “I never was trying to develop a recipe for the book when I made it, I was just like, ‘Ooh, this is just really good.’” Our impromptu take on a stir-fry of yu choy sum, chorizo, and Marcona almonds

Music was aware of potential pitfalls all while cooking up this adaptation, many months later, in her Fort Greene home. Knowing that she might or might not have any peanuts at home, she ultimately opted for Marcona almonds from the cupboard, and the nuts sputtered and browned in the pan, roughly the same size as the wedges of chorizo she had cut to brown alongside them. She wished she’d had an herb that was oniony, like chives, to garnish the dish with but had picked up an attractive bunch of Thai basil at the produce market instead.

The hunches, quick calculations, or just plain brashness worked out in the end. The stir-fry was surprising and crisp, with sharp-edged flavors seldom tasted together, yet not unfamiliar as a whole. Shopping with an eye to pleasure and whimsy won out to meticulously planned diligence.

Sometimes hunger and curiosity are the best guides as to what’s on the plate, even for professionals with formal training and years of experience. For Music, a plan-free shopping trip is not only part of the fun, but the driving force to more inspired and enjoyable cooking. And if you don’t enjoy it, there’s no shame in ordering more stuff online.

First and last photos by Cathy Erway. Second and third photos by Gentl and Hyers.

Stir-Fried Celery With Peanuts and Bacon

Celery—so divisive! I honestly don’t know what it is about the noisily crunchy stalks, but some of my favorite people absolutely hate the stuff. Because I’m stubborn, I keep trying to come up with recipes that will turn the haters into lovers. Deploying bacon and peanuts seemed like a good place to start.

The first time I made this dish, I wrote a note to myself that said, “Yum! Not much to look at, but yum.” You will have extra tahini butter left over: Scrape it into a jar and chill it. It will keep for at least a week and is an easy dinner fixer. Toss it with warm grains, udon noodles, or a tray of roasted vegetables; spread it onto a seared steak while it rests, or use it to top broiled salmon or snapper.

Despite what you’ve read or choose to believe, there are lots of good ways to roast a chicken. This easy, slow-roasted method affords the bird a couple of hours to arrive at a shreddable tenderness reminiscent of rotisserie chicken. The chicken’s perch on the oven rack lets heat circulate all around, while a side dish of potatoes, positioned just below, makes magic with all the chicken juices.

Smoked paprika, Aleppo pepper, ground cumin, or crushed fennel seeds in place of either the paprikaor the oregano 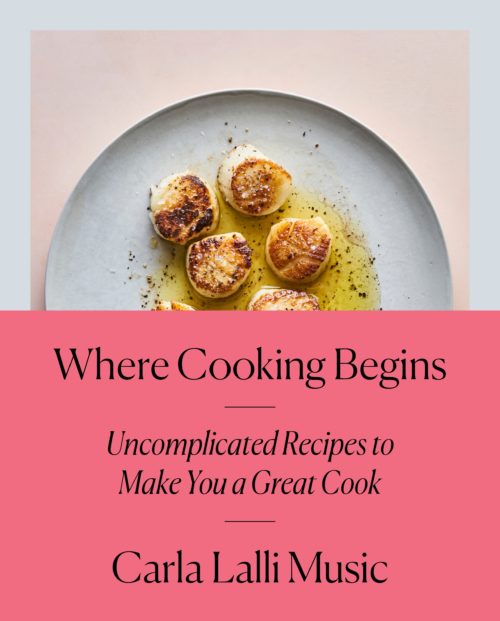