Get a free recipe
Subscribe
The Many Meals and Muses of Alexander Smalls
By: Anna Hezel Photo: Beatriz da Costa 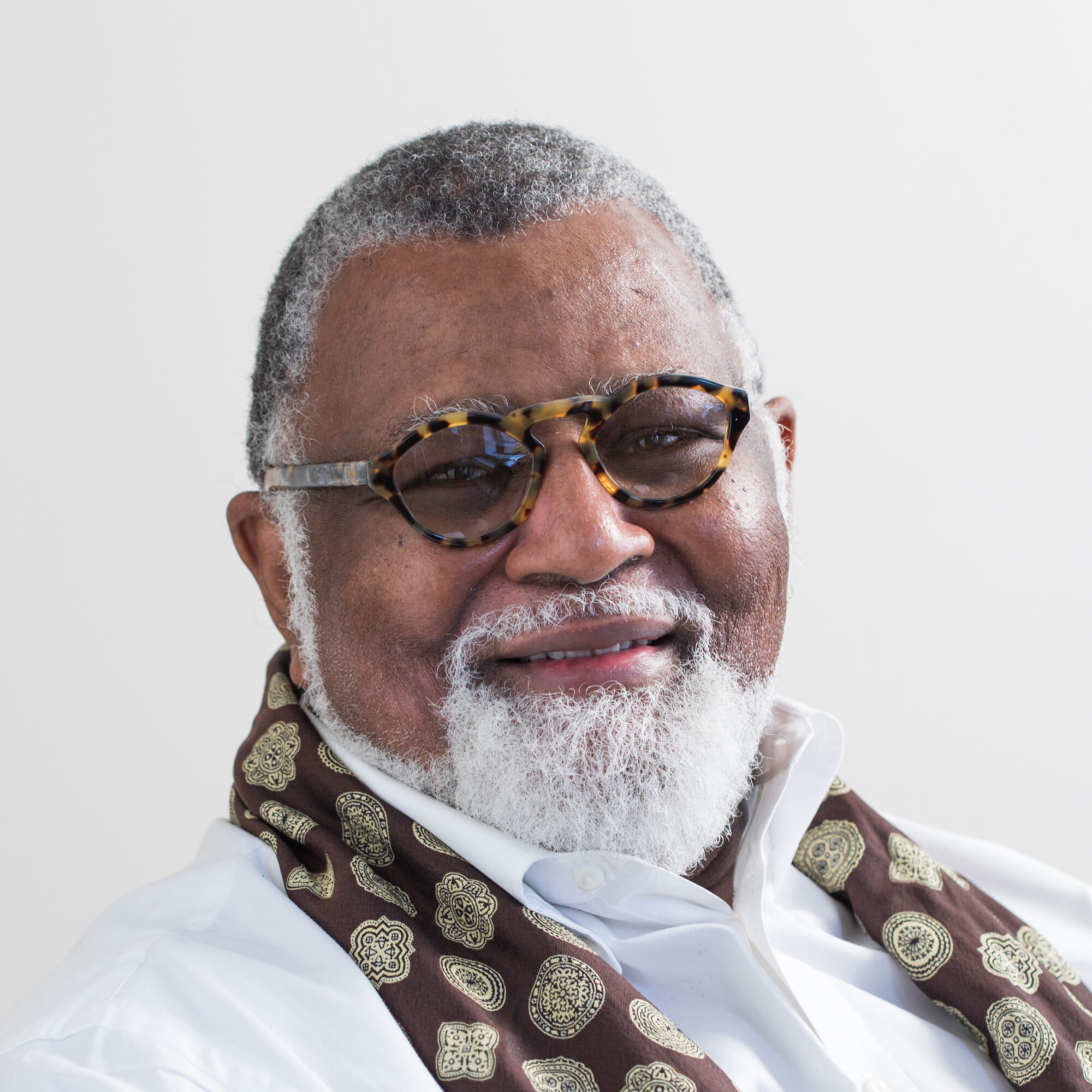 In his latest cookbook, the opera singer and restaurateur shows us that music and food have more in common than you might think.

Alexander Smalls might be the only person who’s won a Grammy, a Tony, and a James Beard Award. His most recent book, Meals, Music, and Muses: Recipes from My African American Kitchen, bridges his celebrated careers as both an opera singer and a restaurateur while telling the story of Southern food through music. It’s a rich and layered read, with each chapter paying tribute to a genre of music and a genre of food that, as Smalls writes in the book’s introduction, “are rooted in a knotty lineage that connects West Africa and Western Europe.” There’s jazz (the improvisational bites that begin a meal), spirituals (rice, pasta, and grits), and serenades (comforting sweets).

The book came out as a follow-up to Between Harlem and Heaven, the James Beard Award–winning cookbook that Smalls published with JJ Johnson and Veronica Chambers in 2018. It was published just as he put the finishing touches on Let Us Break Bread Together, the first recording he’s made in 30 years, which pays tribute to some of the musical history that he touches on in Meals Music, and Muses.

When COVID-19 hit, Smalls had to put the recording’s release, along with a new restaurant project in London, on pause, but he’s been staying busy and creative while quarantining at home in New York. We recently caught up over the phone to talk about how Meals, Music, and Muses came about, and how inextricably linked those meals and music can be.

How are you doing? Are you in Harlem right now?
I’m in Harlem, and for the most part I’ve been quarantining, and I’ve taken this quite seriously and also tried to benefit from this time—unqualified time alone—me, myself, and I with my thoughts and creativity and sensitivity, and I can just engage in not only what is going on in the world, with the protests, but in life, where we are, and meaningful conversations.

I’m old enough to have been a young boy during the Civil Rights Movement. So when all of the COVID pandemic hit us, and then the rioting or protesting soon followed, it was really extraordinary, because it wasn’t just the pandemic that was suffocating Americans. It was unfinished business. So here we are.

Meals, Music, and Muses is broken into chapters based on genres of music, pairing each type of music with a category of Southern cooking. How long did you know that you wanted to write a book in this format?
On the one hand, I could say I’ve known all my life, since that’s how I live my life. But from a place of application, once you’ve done a few things, that kind of gives you a view on life. Five restaurants, a Grammy, and a Tony, some other awards along the way. Traveled around the world. A sense of being seasoned and having had multiple careers and been involved in telling and curating a story. You kind of feel like you have a kind of platform, if you will, to talk about it in a very full way. So I felt like, with Meals, Music, and Muses, how fitting it was to give readers an opportunity to witness my process through my own eyes and through the things that were most important to me.

One of the links that you draw in Meals, Music, and Muses between music and food is this tradition of traveling to Europe. You talk about doing this yourself as a young opera singer. And for cooks in the 18th and 19th centuries to go to Europe to learn techniques. Do you think we’re still holding ourselves to too much of a Eurocentric standard, when it comes to both these worlds—food and music? And what do you think needs to change to break out of that?
In my case, for music, I was studying the classics. The classic European music. While there is American opera, the fact of the matter is that the principles of what opera and classical music is has always been defined culturally as European. So it was necessary to go to the source. The thing about African Americans and almost any discipline, but particularly classical music, is we’ve always had to be first and foremost as good as, and then better, just to be regarded or considered. For me, as a young black boy coming out of a small, very conservative town in South Carolina, I certainly was one of the only Black people I knew who sang opera and classical music and who pursued it. So basically, going to Europe was where I had to cut my teeth.

Now, having said that, bring in the culinary component, and as you rightly pointed out, that goes back to Thomas Jefferson and everybody else who sent their slaves to Europe to learn the classics and all that. Again, opera and classical cooking and fine dining are essentially in that same European category of “this is where the fundamentals are taught.” It doesn’t matter that the foundation of European cooking essentially was gathered from Africa and Asia, and African and Asian food is extraordinarily intricate and complicated.

But it’s all about packaging and marketing and who gets credit. So there we are in Europe, learning all of those things that they found somewhere else. But it was always about a credibility issue. And you really can’t even approach or disturb or challenge any discipline until you can perform that discipline as well as anyone else who is an authority of it. And then you go about rearranging.

Another one of the strong corollaries in this book between food and music is the role they play in hosting a party. And you write a lot about how much you love cooking for friends. Once it’s safe again to host people, are you already dreaming of your next party menu?
Oh my god, you have no idea. I mean, I’m fine, I’m on the other side of this, but I can tell you, around the end of March? I had so many parties and events planned before this thing hit. I put together a party for the Swiss ambassador and his wife from Rwanda, coming up from DC. She’s a filmmaker, and I had all of my fancy film friends and my fancy actresses and actors. So I put together this amazing dinner, and it had to be canceled begrudgingly at the last minute. It’s one of those things where, at that point, I really didn’t realize what bad shape we were in. I was still trying to pretend that, for some reason, dinner parties at my house were not off-limits.

So what happened was, I was getting my guest list together, and I reached out to my friend Lupita Nyong’o, and Lupita said to me, “Alexander, I just flew back here from Paris, and it’s crazy out there, and I know it hasn’t hit in the same way here yet, but I’m not going to be part of the problem, and I’m not going to be available for a problem.” (I can’t tell you the story without doing some name-dropping.) A couple hours later, Cicely Tyson called. And I told her what Lupita said, and she said to me, “Well, Lupita’s right, and I’m right behind her. And I’m telling you right now, cancel this thing and go to bed.” So that was the wake-up call.

One day, I was in the apartment a month or two after that, and I was so sad. I have a big dining room, which is rare for a New York apartment. And I was looking at my dining room. And I literally pulled out my fine dishware and set the table for 12 people. Crystal, linen, the whole nine yards. I took pictures of it, I poured myself a bourbon, and I really got a little teary-eyed. And I let it sit there for a few days, and then I packed it up and went about my business. 4 RECIPES WE LOVE FROM MEALS, MUSIC, AND MUSES:

Gullah Dirty Rice
This rice is full of savory, buttery bits of chicken livers and gizzards—a great way to use the extras that come out of the next chicken you buy, or an excuse to buy a whole carton of them from your butcher.

Lemon Candied Yams
Lemon adds a little brightness to the mellow, brown-sugar sweetness of these yams.

Blackberry Cobbler
As Smalls writes, “You simply can’t talk about the South without talking about blackberries.”

Last week, we talked galettes with photographer Yossy Arefi, author of Sweeter Off the Vine and Snacking Cakes.

When it comes to using up that summer stone fruit, it’s also hard to go wrong with Baking at République.

If you’re a fan of her show Time to Eat, or a Great British Baking Show devotee, don’t forget to preorder Nadiya Hussain’s newest cookbook.

Whether you’re vegan, vegetarian, or just want to think more creatively about your meatless meals, Meera Sodha’s East has plenty of inspiration.