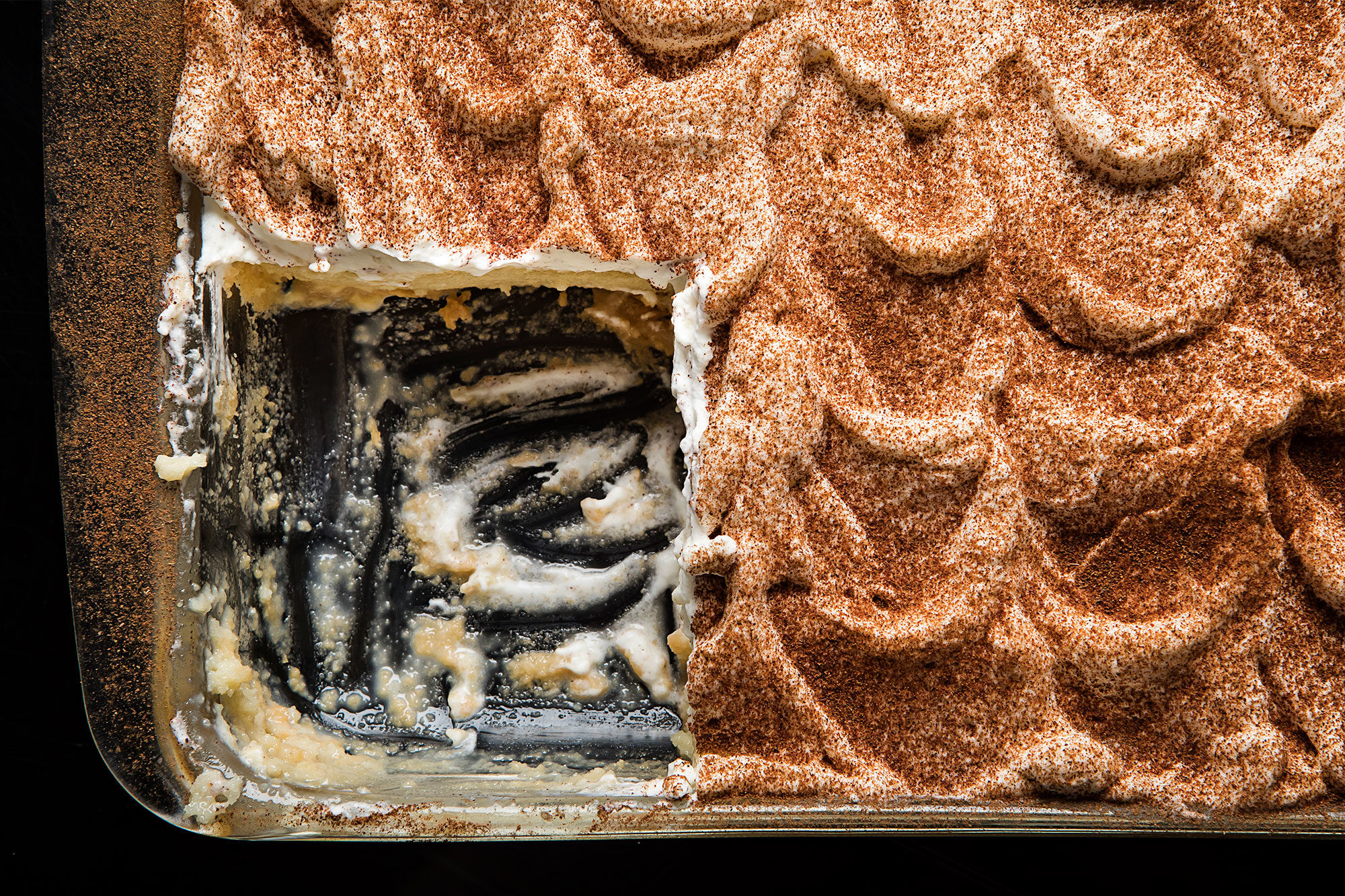 Coconut milk is the secret weapon for the only party cake you’ll ever need.

Several years back, a friend of mine conjured the alchemical ideal of a party dessert: It was made in advance, was totally portable, evoked a touch of nostalgia, and elicited a table’s worth of satisfied moans. Her tres leches cake stayed true to the classic mold; it was a circular, single-layer, milk-drenched sponge that was impossibly moist—every nook and cranny saturated with velvety sweetness. A blanket of barely sweetened whipped cream dusted with cinnamon provided an airy contrast to the cake’s dense center. But there was something else beneath the surface—a nutty richness that mingled with the cinnamon to create a flavor not unlike fresh horchata. She revealed that a fourth leche was at play: coconut.

Most tres leches cakes are derived from a single recipe printed on the labels of Nestlé canned milk products produced in mass quantities in Latin America during World War II. It called for one can each of sweetened condensed milk and evaporated milk, and cream—which was a popular canned commodity at the time—combined with a tipple of brandy, all poured over a bland cake base that had cooled. It’s unclear where Nestlé got its recipe, but it bears a significant similarity to Mexican antes, a style of dessert usually consisting of a sponge cake soaked in custard or sweet liqueur (or both) and topped with fruit, nuts, or meringue.

Thanks to the richness of the milks and the sodium in evaporated and sweetened condensed milks, the cake batter requires no butter or additional fat or even salt. In this version, a can of full-fat coconut milk, whose richness is akin to that of heavy cream, takes the place of whole milk or cream in both the batter and the soak. Its low-key lusciousness is a foil to the more straightforward sweetness of the other milks. It’s a quiet surprise, an alluring mystery that transforms this everyday dessert into something else entirely.

If you include the whipped cream atop the cake, the addition of coconut milk technically makes this a cuatro leches cake. True to the Nestlé recipe, it still requires the entire contents of each can, so dregs won’t be wasted or left knocking around in your fridge. The same goes for the heavy cream—you’ll use the entire pint. The type of liqueur you use is up to you, but you can’t go wrong with cognac, brandy, or Cointreau, which cuts the rich cake with a citrusy zing. I once used a Sicilian blood orange amaro, which provided a bitter foil to the sweet coconut. Spiced rum or a dram of whiskey would work in a pinch, too.

Unlike most desserts, which beg to be served shortly after springing from the oven, the tres leches cake revels in its resting time. Several hours in the fridge (or overnight, if you can swing it) ensures the sponge will emerge properly custardy. And rather than being turned onto a plate for presentation and risking spillage, the cake is baked and served in the same 9-by-13-inch pan, making it supremely portable.

Somehow, this cake manages to transcend seasons; it’s cooling in the warmer months with a handful of sliced strawberries, and comforting come winter with a bit of grated nutmeg. It also takes well to being dressed with candles for a birthday or shared with a small crowd at a backyard barbecue. The best slice, though, is perhaps the one eaten alone, the one left longest to its milky bath, paired with a cup of hot coffee, the morning after.