Get a free recipe
Subscribe
The Crimes Against Pizza
By: Dan Bransfield

Should it be illegal to put bananas on pizza? Is a Chicago-style pizza actually a pizza, or is it a casserole? Dan Bransfield, the author of Pizzapedia, testifies.

When imagining a “traditional” or “proto” pizza, we might picture the Neapolitan pizza with its chewy dough, sweet San Marzano tomato sauce, and buffalo mozzarella cheese. Indeed, Italy’s Associazione Verace Pizza Napoletana—whose goal is to promote and protect the name and the product pizza Napoletana as pizza’s international golden standard—would want us to believe just that. By law, pizza Napoletana must be composed of 00 flour, shaped by hand, and baked in a wood-fired dome oven operating at around 800ºF, among other rules.

But there are pizzas that break from this formula, and that break even from the more forgiving general pizza template of dough, sauce, and mozzarella. Forget pizza Napoletana—these impostors stretch the limits of what can even be called “pizza” and stand accused by purists of the most heinous crimes. THE CHARGE: Corruption is apparently not limited to the city’s politicians alone. This pie is accused of being a casserole posing as a pizza—a heavy, soupy pile of tomato sauce and melted cheese baked into a soggy crust. THE CHARGE: This “Gateway to the West” pizza doesn’t contain anything even close to mozzarella. Provel, an ultra-melty, processed flavorant that combines cheddar, Swiss, and provolone, can’t even technically be classified as cheese, according to FDA guidelines, because it doesn’t meet the requirement for minimum moisture content. THE CHARGE: Authorities cite open and flagrant dumping of pineapple—with its leaking hazardous material—to be particularly damaging. Its tropical acidic properties have no business mixing with the milkiness of the mozzarella and savory tomato sauce, not to mention ham. THE CHARGE: Lastly, the most egregious charge belongs to this alleged offender. Composed of pineapple, red onion, bananas, and a dusting of curry powder, this pizza, considered armed, dangerous, and at large—is rumored to be seeking asylum in its home country of Sweden, where it is standard on menus. It’s known to be affiliated with the notorious kebab pizza, which has a rap sheet consisting of doner kebab meat, yogurt-based sauce, and iceberg lettuce.

Compared to the classic, law-abiding Neapolitan pizza, the accused before us would seem to be outright guilty in the court of public opinion of not being pizza. But let’s take one last look at the accused pizzas’ ancestral origins the birthplace of pizza itself: Naples. Home to our idyllic model pizza margherita, Naples also boasts another version just as traditional yet not as commonly known—pizza fritta, a form of Neapolitan-style dough that’s filled like a calzone and fried. And further north in Rome, the spare pizza bianca resides, consisting merely of bread, olive oil, and salt. Both are quite unlike the pizza we are typically accustomed to—yet both are referred to as pizzas by Italians.

So before retiring for deliberation, before passing your judgement, ladies and gentlemen of the jury, keep this in mind: There’s no doubt these accused pizzas have character flaws. Some are even reprehensible. But it doesn’t mean they aren’t pizzas. The founders gave a wide berth for what defines a pizza. Maybe we should, too. 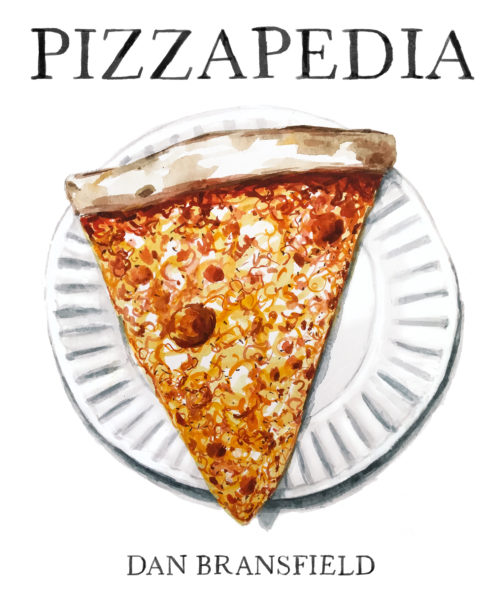 Dan Bransfield is the author of Pizzapedia.