Get a free recipe
Subscribe
Tamarind’s Sweet and Sour Two-Step
By: Nik Sharma 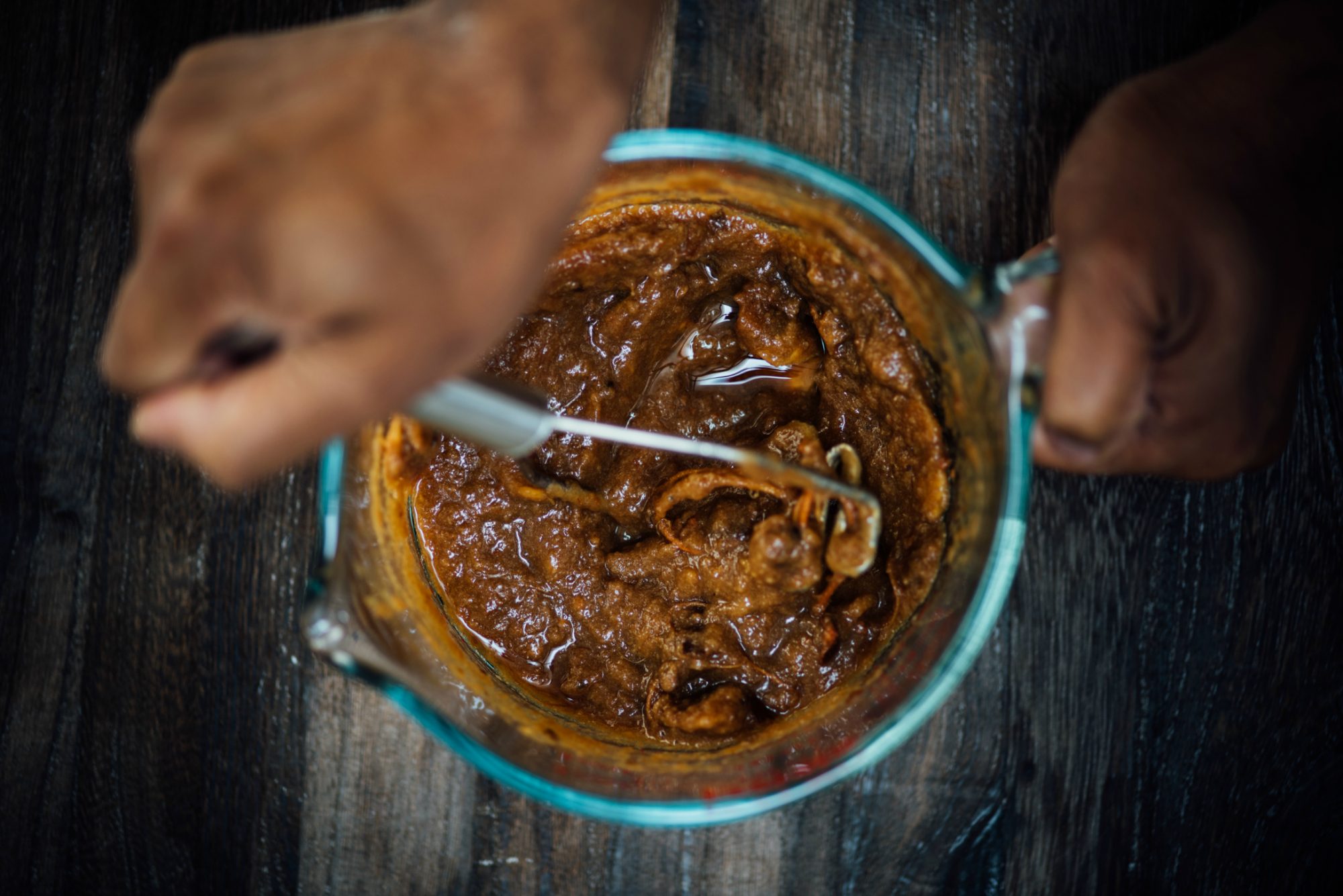 Tamarind is highly versatile and used throughout the world. But seriously, how do you cook with it?

Even though you will find tamarind in recipes originating in five of the seven continents of the world (Asia, Africa, Europe, North America, and South America), it is still a head-scratcher in the United States—a rare and oftentimes puzzling ingredient that is confined to the realm of Southeast Asian and Mexican cooking only. But truth be told, tamarind is far more common than you might imagine. For one, it’s lingering in your refrigerator in a bottle of Worcestershire sauce. Perhaps it’s the look of the fruit that’s to blame: a brown, brittle pod that resembles a long bean encasing a soft, sticky, toffee-colored pulp. Or the fact that tamarind is sold in many forms: a dark black liquid concentrate; blocks of cleaned pulp labeled simply “dry” and “wet.” With all these different forms of the same fruit, it’s no wonder there’s a cloud of mystery surrounding this ingredient.

In Asian cooking, tamarind is treated just like lemons are in Western cuisine—for its ability to introduce a sour taste to food. In some African countries, tamarind pulp is added to cereal at breakfast. In India, the leaves are used as a flavoring agent in dals; the fruit is added to stews and curries, as well as certain herb condiments, in South Asian cuisine. Meanwhile, in Mexican cuisine, you’ll see it in used in sweetened drinks, desserts, and meat marinades. Besides the fruit, the seeds are softened by roasting them and are either eaten whole or ground to a powder. So where and how to buy tamarind? As mentioned, this can be a little tricky. Most Indian, Middle Eastern, and Mexican grocery stores will carry tamarind as the whole fruit, in blocks, a paste, or as a concentrate. I recommend skipping the concentrates, as they don’t taste as good and usually have a molasses-like flavor. The blocks come in two forms, a dried version and a wet version, and they only need to be soaked in hot water for a short while to soften the pulp before they can be extracted and then strained through a fine-mesh sieve to remove any fibrous materials and seeds.

The extracted pulp can be stored in the refrigerator in an airtight container for up to a week. The paste is a convenient option because the pulp is already extracted for you and you can scoop out as much as you need. You’ll also notice a few brands labeling their tamarind a “Mexican sweet variety” or an “Asian sour variety”—there’s a simple explanation for this, and it refers to the stage at which the fruit was picked from the tree. The fruit gets sweeter and less sour as it ages on the tree.

The sweet and sour taste of tamarind makes it a highly versatile ingredient for use in both savory and sweet recipes. Tamarind pairs well with spicy and hot flavors and earthy sweeteners like brown sugar, Muscovado, jaggery, honey, and maple syrup.