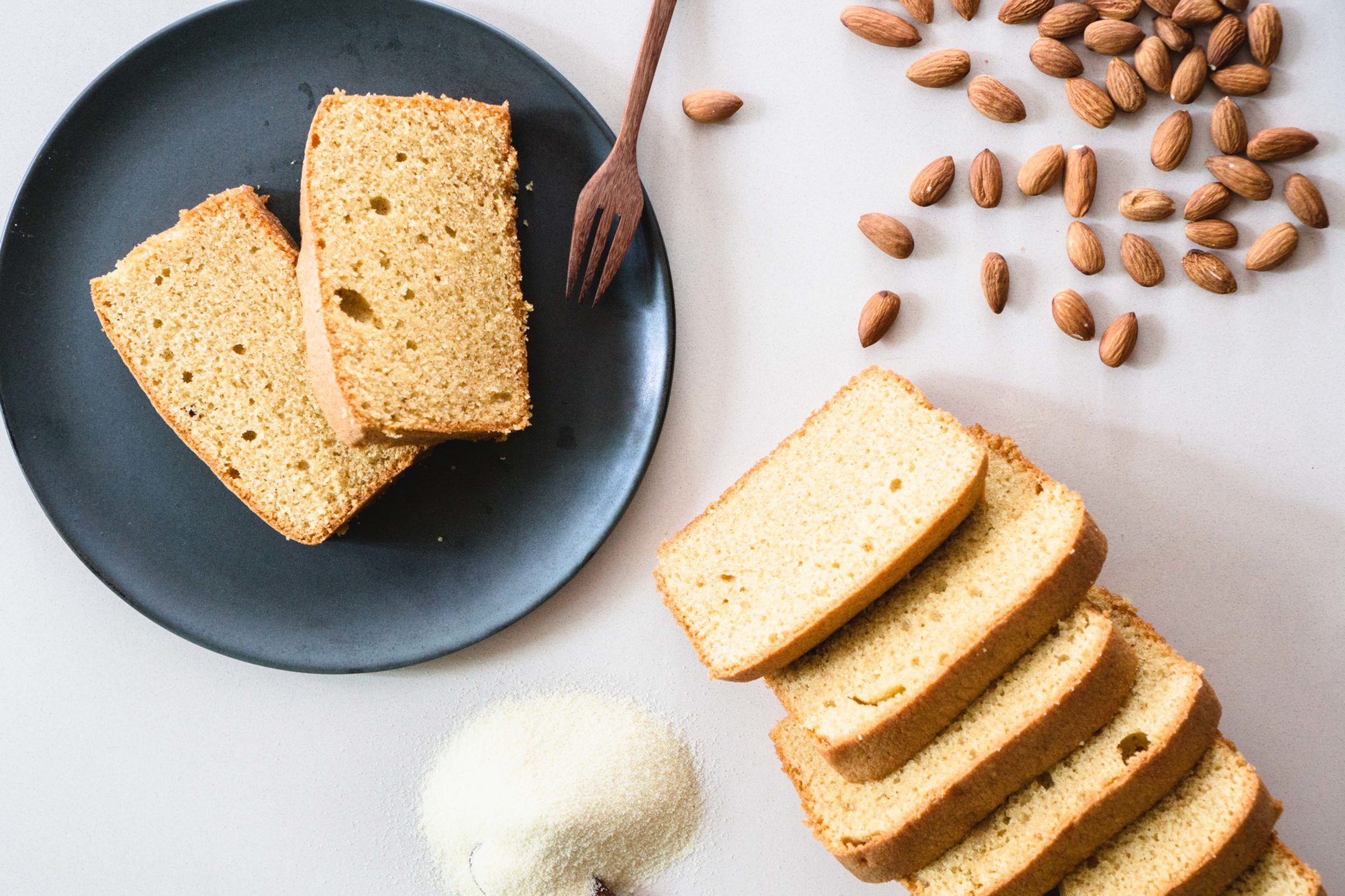 Sugee cake is a dessert that, on paper, sounds undeniably Western—it’s made with creamed butter, plenty of eggs, semolina, and a capful of brandy. But in reality, it’s a celebration cake of Eurasian communities in Malaysia and Singapore, a vestige of the region’s colonial past.

For centuries, semolina has been linked with the cuisines of Europe and the Middle East. The durum wheat flour is used extensively in dishes like couscous krupicová kaše (a sweet porridge-pudding), and fresh Italian pastas and breads. Even the name itself is rooted in the Italian word semola, meaning bran. But 6,000 miles east, nearly half a world away, semolina can be found in the waning heritage of Eurasian cooking in Malaysia and Singapore, in the form of a rich, nutty dessert called sugee cake.

For Eurasians (people of mixed European and Asian ancestry) in the region, sugee cake is an essential dessert. It’s made with an excess of creamed butter, whipped eggs for fluffy levity, and more often than not, a bit of brandy. But instead of using bland, industrially milled wheat flour to coax the butter and eggs into cake form, sugee cake makes use of semolina, which when toasted has a deliriously nutty scent and a sweet heartiness as warming as a hug from an Italian nonna (or in this case, a Eurasian auntie). A bit of crushed or ground almonds is often added, too, further complementing the earthy fragrance of the semolina. The result is a dessert that, while similar to citrusy Neapolitan migliaccios (semolina ricotta cakes) and revanis (syrup-soaked Greek semolina cakes), doubles down on the robust flavor of semolina without the need for scented syrups or silky cheeses to bolster its appeal.

This cake found its way into a Southeast Asian sub-cuisine through Portugal’s colonization of the Malay Peninsula during the 1600s. Ingredients like lemons, tomatoes, wine, and vinegars appeared for the first time ever in the port cities of Malacca and Singapore. And among it all, there was semolina. The hearty durum wheat, combined with the egg-heavy desserts of Malaysian cuisine at the time, inspired the creation of the hybridized sugee cake.

In the centuries since, however, sugee cake has never quite taken off in the greater cuisine of Malaysia. It is a cake mostly only baked by Eurasian families, many of them fourth or fifth-generation Portuguese-Malays and Portuguese-Chinese, descendants of European settlers who married into the local communities. Despite their colonial ancestry, many of them now consider themselves, and are considered, fully Malaysian. But within these Eurasian families, sugee cake has lasted, making an appearance upon important life occasions—birthdays, weddings, graduations, anniversaries, and yes, even funerals. It is a cake that is as familial as it is detached from the larger Malaysian food scene, its recipe often a secret closely guarded by the family matriarch, each believing her sugee cake to be the best.

Some families’ sugee cake recipe calls for soaking the semolina in melted butter overnight, some use whipped butter in its place, and some skip the soaking step entirely. There are Eurasian grandmothers who espouse fluffing up the egg yolks to the consistency of a sabayon, and there are those who don’t; some whip their meringues to soft peaks, others to peaks so stiff they almost split. As such, there’s no set rule for making a sugee cake, other than its constituent ingredients of semolina, butter, almonds, and eggs.

Ultimately, there is one common thread that runs through each and every sugee cake. Each cake serves as a symbol of celebration and togetherness, a reminder of the harmony between different cultures and families, of the transience of life and death and joy and comfort. Because whatever happens in life, there’ll always be cake.

Sugee cake is a nutty, semolina-rich dessert that’s not unlike an all-American butter cake, only it originates from the Malay Peninsula during colonial times. Today, they’re baked by Eurasian families in the region, a culinary constant throughout the ups and downs of life, baked for celebrations big and small, joyous or otherwise, eaten through laughter and tears.