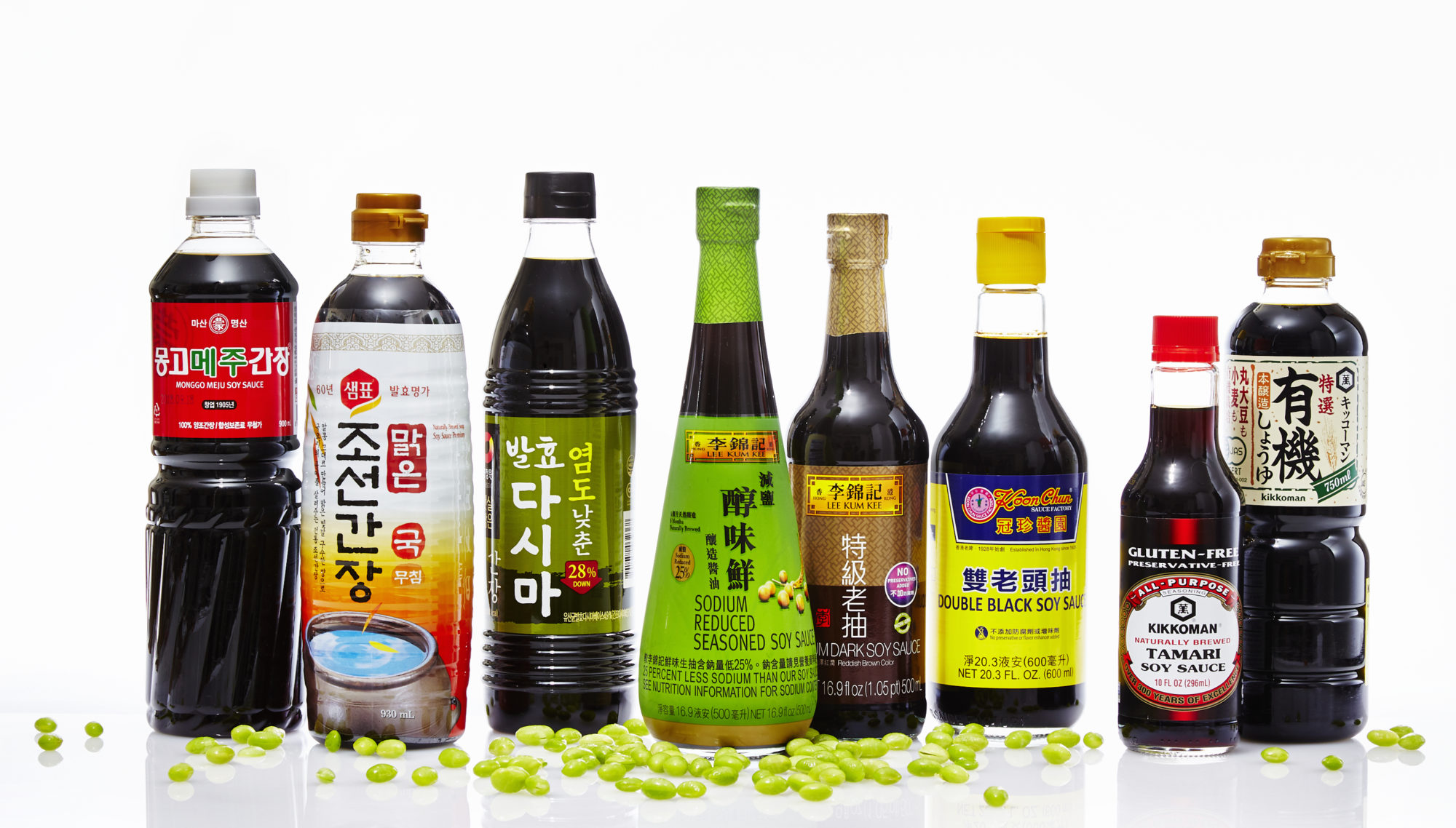 Food writing is built on acute observation and verbal precision. So why are so many people getting this one so wrong?

We live in times when you might find Sichuan chile oil drizzled onto trendy wood-fired pizza, red miso paste rubbed on roasted meats, and gochujang distributed nationally in recipe kits. That is, we are more and more appreciating ingredients that not so long ago were thought to be “exotic” or limited to international cuisines. So I find it puzzling that the same attention to detail is not being paid to East Asia’s quintessential condiment: soy sauce.

In fact, food writers are increasingly reducing the term to just “soy”—in recipe headnotes, restaurant reviews, and general cooking features. And it’s not just a thing on Twitter or the blogs. The “soy” naming convention is employed by some of the biggest names and publications in the business. Take, for example, this sentence from Los Angeles Times food critic Jonathan Gold’s July review of Sichuan restaurant Hip Hot: “There are spicy razor clams with a chunky hot-pepper sauté, and hot oysters with a bit of soy and rice wine.” Or Pete Wells’s November review of Sen Sakan, which refers to a cold cucumber “covered in crunchy quinoa, toasted sesame seeds and flakes of kelp intensified with soy.” There’s also Sam Sifton’s recommendation for fried rice in The New York Times: “You can make one of soy and sesame oil, or gochujang, soy and sesame oil.”

Food writing is a game of specifics, and this shorthand is at best sloppy, at worst ignorant, and overall ripe for confusion. “Soy” is not just soy sauce, after all. It’s one of the biggest industrial crops in the world, used in everything from livestock feed to car seat upholstery. But strictly speaking of its culinary uses, soybeans take on myriad forms and flavors. Having grown up eating many of them, I wasn’t quite sure what was being referenced the first few times I read the name of a recipe with “ginger and soy,” for instance. Was it soybean curd (aka tofu)? A scattering of young, green soybeans (aka edamame), a favorite of mine for adding to stir-fries? Some other sort of soy protein? Was there soy milk involved? Pungent fermented black soybeans? Or one of the most widely used substances in food production, soybean oil? Over time, it became clear to me that—when talking about food at least—soy sauce had emerged as THE soy product that you can leave off the rest of the descriptor for. But that would be a very narrow-minded underestimation of this essential bean. And soy sauce.

“Soy is not monolithic, despite coming from one powerful little bean,” says Andrea Nguyen, a veteran cookbook author whose latest tome is The Pho Cookbook. “There are thousands of different kinds of soybeans, bred for different uses. It’s one of the most fascinating legumes that nature has given us.” She says that she avoids using “soy” when writing because of its ambiguity. “There’s gotta be more detail—soy sauce, tofu, fermented tofu, tempeh, soy isolates. Those are different things.”

Francis Lam, the host of weekly radio show The Splendid Table and a cookbook editor at Clarkson Potter, pondered the existence of this curious trend. “If we don’t call tomato sauce just tomato, or fish sauce fish, or, hell, butter butt, why do people think it’s fine to call soy sauce soy?” he reasons.

There is no single flavor profile for “soy”—and that’s why using this term as a stand-in for “soy sauce” is problematic. Fermented soybeans have a distinctly salty, umami taste—it’s the basis for soy sauce and a number of other East Asian condiments, including miso paste, gochujang, and black bean garlic sauce. Fresh soybeans, or edamame, are vegetal and mealy. Dried soybeans such as those that have been crushed into soy milk are vaguely sweet, and tofu—well, tofu tastes more or less like nothing. So how can we come to a general understanding of a flavor or essence by just writing “soy”? We can’t.

There is also much variety within the world of soy sauce itself. Writing just “soy” implies that soy sauce is one and the same across the board, which many cooks know is not true. The standard-bearer for “soy sauce” as understood in English-written recipes is light soy sauce. But there is also dark soy sauce, a concentrated version often used in Chinese braises and stews to lend a darker sheen. There are also thickened soy sauces, like the Indonesian staple condiment kecap manis, or the sweetened, thick soy sauce used to dab on dumplings in Taiwan. There are differences in how soy sauce is produced and hence tastes from country to country, such as Japan’s slightly sweeter soy sauce thanks to its use of wheat. Then there is shiro shoyu, or “white soy sauce” in Japan, which is lighter in color and body, with a higher proportion of wheat to soybeans, and tamari, made with no wheat—all variations on the soy sauce process and ingredient composition. Not to mention low-sodium or “lite” and organic labels. By shortening “soy sauce” to “soy,” are we limiting our understanding of all these other traditional soy-based products? Aren’t we setting ourselves up for confusion when we’re introduced to another soy-based product or sauce that might be new to us, like, for example, the Chinese fermented bean and chile paste, doubanjiang? Imagine if one has only had cottage cheese their entire life but insists that they do not like “cheese.” Yet there are great variations in cheeses—due to aging, types of milk used, processes, et cetera—and there is certainly not much in common between the dark, brewed soy sauce and soy milk.

At the same time that the American culinary landscape is increasingly distinguishing between unique cuisines in the East—like Sichuan or Taiwanese, for example—reducing “soy sauce” to “soy” is an odd step away from all that wonderful specificity. From fermented bean pastes to sweetened and flavored soy sauces, there is a huge range of umami-rich, soy-based ingredients and sauces used in everyday East Asian kitchens. And we shouldn’t ignore the fact that soy is a food—a bean—that can be eaten more or less in its unprocessed, natural state, too.

To be sure, every language has its inconsistencies, inaccuracies, and ambiguities; in Mandarin, for instance, the character for wheat also commonly refers to wheat-based noodles. But then again, the phrase “eat rice” also means simply to eat food. These usages go back thousands of years and have not aged too well, because people nowadays don’t just eat noodles whenever they have wheat, and people don’t just eat rice whenever eating.

We may not be able to change language that’s been grandfathered in through the passage of time. But we don’t need to start misusing “soy” today. It doesn’t serve us, food writing, or food culture as a whole any good. Back in his day, my American grandfather insisted on calling all kinds of pastas across the board “spaghetti.” We’re better than that.

Let’s keep in mind all the flavors that soy can be and keep exploring them more. Let’s strive for accuracy and precision when writing about all kinds of ingredients, especially when it’s the food of a culture outside your own. Because, just like when you’re a guest at someone else’s table, being precise is just good manners.