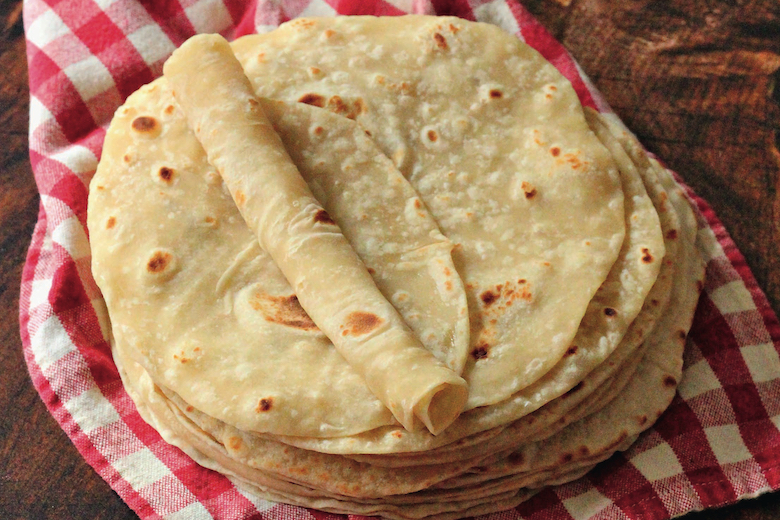 In a new cookbook, longtime blogger Mely Martínez does justice to the often overlooked seasonality of Mexican cooking.

Chances are, if you’ve ever taken to Google in a search for the perfect technique for cooking at-home birria or tlacoyos filled with black beans, you’ve probably found yourself paying a visit to Mexico in My Kitchen. The beloved blog was launched in 2008 by Mely Martínez, a former teacher from Tampico, Mexico, who found herself living in Dallas, Texas, homeschooling her son, and wondering why so many of the so-called authentic Mexican recipes on the internet were written by people who had never even set foot in the country.

Determined to set the record straight (and to create a cooking resource for her teenage son to consult when he got older), she started writing her way through some of the recipes that were most important to her, from the tortas she grew up eating to the Oaxacan tetelas she makes for breakfast in her Texan kitchen. This fall, her longtime dreams of turning these decades of travel, research, and recipe development into a cookbook finally became a reality with The Mexican Home Kitchen.

The book brings some of Mexico’s most ubiquitous, representative dishes into focus and clearly details the ingredients and tools readers need to get started making their own tortillas and composing their own seasonal, fresh salsas (both extremely worthwhile kitchen endeavors, by the way). I recently gave Martínez a call to talk about this book that’s been many years in the making. We also got around to discussing the famous two-meter-long tamales that hail from her hometown, and a few pointers for the home cook looking to buy some masa harina.

Mexico has so many distinct regions that all have their own ingredients and techniques. How did you choose what would go in the book and what felt representative of Mexican cooking?
That was a very hard choice, to decide what would go in and what is going to be left out. Like you mentioned, in Mexico, every region has its own unique cuisine and the ingredients that you would only find in that area. For example, Yucatán and Oaxaca—those areas are relatively close geographically, but they are so different in their ecosystems that the produce they have is so different. And they cook according to what they cultivate. The food is quite, quite different. And for me to select which recipes would go in the book, I had to keep in mind what the reader would like more, which recipes were more visited in the blog, and the ones that they requested on the blog, based on my experience living in different parts of Mexico. I had to see which were the common recipes that you would find anywhere. Everywhere you go in Mexico, people will cook red rice, and everywhere in Mexico you go, people will make a noodle soup. So those are the common things you’ll find. So I tried to make a collection based on that.

How different was your original idea for the book from the book you actually wrote and published?
Almost completely different. I wanted to add more recipes, but we had a limit of 192 pages in this book, so there was not much space for all of the recipes I wanted to add. We took so many photos, and I wanted all of those photos to be there. For example, all of the step-by-step pictures—we couldn’t add them to the book because of the limited space, but I think that we added a good amount of recipes that were more representative of home cooking in Mexico.

Your blog, Mexico in My Kitchen, is such an impressive collection of recipes. How do you decide what recipes to tackle and develop next? Do you get requests from readers?
Sometimes it’s according to the season. I always think of what people in Mexico are eating right now, because we eat a lot of food seasonally. And there are a lot of foods that are for festivities or celebrations, and according to the time of the year, we eat something because it’s the only time of the year that you are going to find that ingredient. For example, the poblano peppers that are stuffed with ground beef and covered in the walnut sauce—that’s a very popular thing in Mexico from late August to early October. You are not going to find it in December or January, because people like to make it with ingredients that are in season. That’s what I decide to cook—according to the seasons.

When you started the blog, was it a full-time job, or did you start it on the side?
I think for the first seven years, I didn’t take it so seriously. It was something that I liked to do and share, because I saw that so many people were blogging about “authentic Mexican food” without ever having been to Mexico, with so many weird ingredients that we never have in our pantry. So that was one of my motivators to pursue it more seriously.

Can you tell me a little bit about the food where you’re from, in Tampico?
It’s a port, and we are close to the beach, so we eat a lot of seafood. Growing up, I didn’t like to eat seafood, because we ate it too much. In the summertime, when the shrimp season is high, my mom would cook rice with shrimp, shrimp with tomatoes, shrimp empanadas, shrimp everything.

We have kind of a sandwich made with a crusty roll, with a lot of stuff on it. People say that if you go to Tampico and you never try this sandwich, it’s like you never went there. The sandwich has refried beans, chorizo, ham, queso fresco, cheddar cheese, pork cracklings in salsa verde, avocado, shredded meat. They serve it in a bowl because it’s overflowing with so many flavors. Lucky for me, there is a place here in Dallas, about a 40-minute drive away, where they sell this sandwich. It’s called a torta de la barda. “Torta” means sandwich, and “barda” means fence, because the sandwich was originally sold next to the place where all the ships arrived to the port—and along a fence, there were a lot of food stands that feed the workers that work loading and unloading the ships. So that’s what they would eat. Torta de la barda.

And another very particular dish in that area is we make one of the largest tamales. The tamale can be a meter or even two meters long. And it’s made usually for the weekend, because you buy it by the kilo or half a kilo, or you can take your own Tupperware, and they sell it to you like that.

Whoa. So they just cut off a piece for you?
Yeah. They give you big spoonfuls of it. They make it in a brick oven. It’s called zacahuil, and I have a homemade version on the blog because I missed it so much that I made a version to make at home, which I bake in a 9-by-11 Pyrex.

I noticed that there are a lot of recipes in the book that call for masa harina—the corn tortillas, the tamale, the champurrado. Do you have any advice about navigating different kinds of masa harina at the grocery store? There’s white masa harina, yellow masa harina.
And now you can find blue. One of the things with masa harina is that it’s very hard to get a nice result from just following the instructions on the package. Sometimes the package says, to make the tortilla, use two cups of masa harina and one and a half cups of water. But sometimes it’s also a matter of where you live. If you live in a very humid place, you’re not going to use all of that water.

And also, not all masa harinas are created equal. Most of my recipes work with the most popular brand, Maseca. If I use the amount of water that I put in the book, it’s going to come out right. But if I use another brand of masa harina, maybe it’s going to use more or less water. There is a brand called Masienda that makes organic masa harina. It’s really good. It tastes great. And that one needs more water than the one you usually find in the store. But the most popular brand is Maseca, so all of my recipes work with Maseca.

The most important thing is just trying to rely on the texture. The texture has to resemble when you have Play-Doh on a hot day, and it’s very soft. It should feel like you’re working with Play-Doh. Flour Tortillas
You probably have all the ingredients in your cupboard right now, and these tender, flaky, lightly charred tortillas will beat anything you can find at the grocery store.

Tamales de Pollo
Have some masa harina? Make some tamales!

Last week, we talked to Matt Sartwell, of New York’s beloved cookbook store Kitchen Arts & Letters. He gave us a look at some of his favorite fall releases in the cookbook world, plus a discount code for TASTE readers that’s good until December 15.

If you’re looking for other ways to shop locally and support your indie bookstores while you do your holiday shopping, Bookshop is extremely handy.

In a new memoir, An Onion in My Pocket, Deborah Madison looks back at a life of preaching the power of vegetables.

Chef Marcus Samuelsson teamed up with writer Osayi Endolyn on The Rise, a new book that looks at the myriad ways in which Black cooks have shaped American food as we know it.

Baking at the 20th Century Cafe delivers plenty of intricate Eastern European desserts with plenty of author Michelle Polzine’s no-bullshit sense of humor and authority on the matter.