Get a free recipe
Subscribe
How Does the Scoville Scale Work?
By: Max Falkowitz 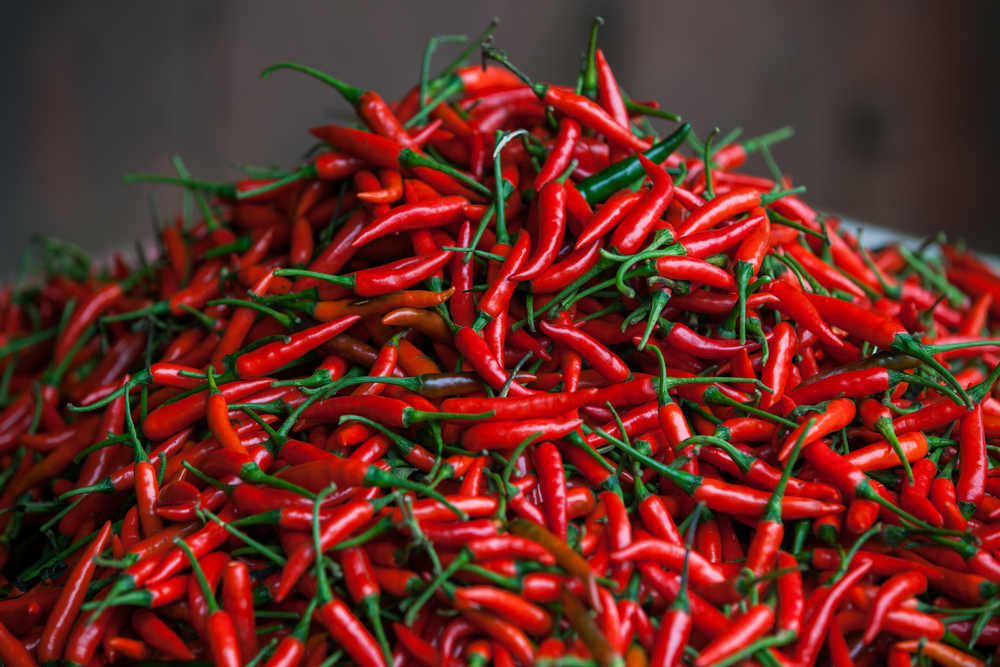 These chiles boast their tongue-searing prowess in Scoville units. A jalapeño, for instance, registers around 5,000 units on the Scoville scale, while a habanero can hit anywhere between 100,000 and 350,000. Those reapers top out at over 3 million, while police-grade pepper spray can hit 5 million.

So what does “Scoville unit” actually mean? Developed by Wilbur Scoville in 1912, the scale was a method to measure the concentration of capsaicin, the active ingredient in spicy peppers, in dry mass of a chile. Scoville diluted the ground pepper in a sugar water solution until tasters couldn’t report any spice. The hotter the pepper, the more dilution Scoville needed, which corresponded to higher numbers of Scoville units. Since the Scoville scale is a subjective measure that varies from person to person, chile peppers are given a range of possible Scoville units.

Scientists and manufacturing experts now use more objective chromatography techniques to determine exact concentrations of capsaicin in chiles, but the Scoville scale persists in pop culture. Which is great, because there’s no better way to spend an afternoon with your friends than by torturing them with spicy sugar water to calibrate their own personal Scoville scales.