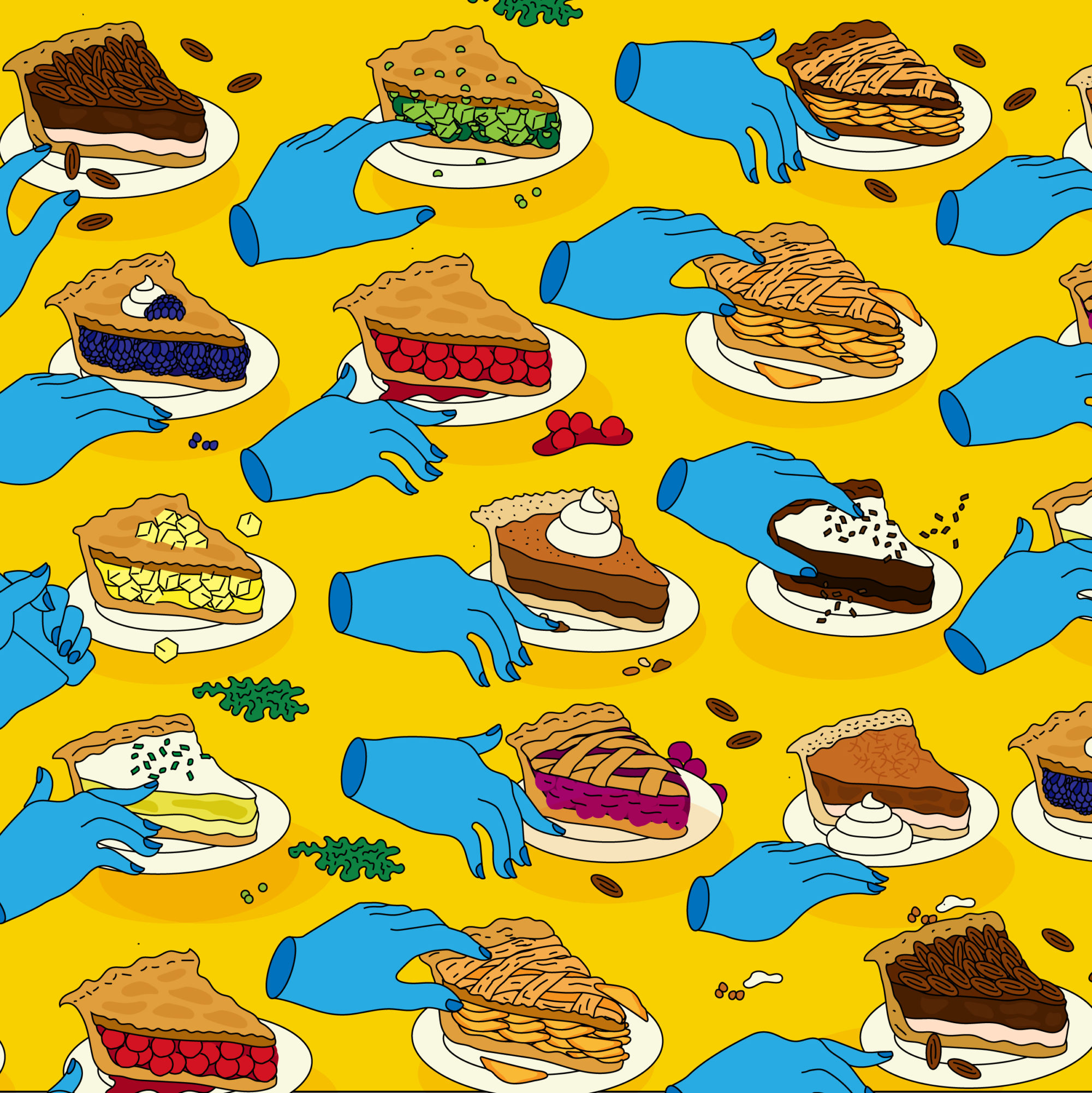 Samin Nosrat’s authoritative, definitive Salt, Fat, Acid, Heat is the breakout cookbook of a generation. But have you checked out the tart dough recipe?

For nearly a decade, I was a cookbook editor at Ten Speed Press. If that sounds like a charmed vocation for a food-obsessed person, well, it was. My job put me in direct contact with the most brilliant culinary minds in the world, folks like Leela Punyaratabandhu, Ken Forkish, and Aaron Franklin, to name a few. That meant an easy answer for nearly every food question you could lob at me was just a text or email away: Yes, the steel is better than the stone for home pizza-making; no, you shouldn’t use those fruit tree branches to smoke a brisket; yes, I have a favorite Basque restaurant in New York (don’t miss the kroketas).

But even we cookbook editors can stumble in the kitchen. If you prick us with a paring knife, do we not bleed? And for all those years, there was one particular question for which I could find no clear, confident answer: What is the best pastry dough recipe?

My problem was that there was no agreement, even among the experts. Mary Berry, the much-missed former judge of The Great British Bake Off and archetypal English grandma, uses an all-butter pastry. Rose Levy Beranbaum, the author of iconic books like The Cake Bible and The Baking Bible, goes for cream cheese. James Peterson, one of the most prolific culinary writers of the 1990s and 2000s, calls for “water or heavy cream or 2 lightly beaten eggs.” (Jim, you monster—how dare you make me decide!) When in 2007 Cook’s Illustrated announced its game-changing dough recipe—you know, the one that that subs in vodka for water (which moistens the dough while impeding gluten formation, resulting in an extra-flaky crust)—the rest of the world cheered, but I threw up my hands in defeat.

That recipe just reinforced what I already knew: Good pastry is all about tricks and “hacks” and weird alchemy. The kind of complicated cooking I hate. I wanted a recipe that was honest, straightforward. Something my grandma, or great-grandma, or great-great-grandma would make. (Though, thankfully, the stand mixer was invented in 1908. Sorry, Great-grandma.)

But something in me changed this winter. After weeks of holiday cooking, my fridge became trapped in some sort of space-time anomaly—no matter how many leftovers we ate, the fridge kept getting fuller. I remembered Tejal Rao’s winning story about turning leftovers into savory tarts from earlier in the year and decided that it was time for me to conquer my fear.

Rao’s story includes a pâte brisée recipe—a sturdy, butter-based French tart dough—but I didn’t trust it. The instructions were too vague, and it didn’t provide enough hand-holding for a pastry-phobe like me. I tried to pulse my food processor until the butter was “still visible in large smears,” but then I realized I have no idea what a dough with “large smears” looks like. I was supposed to stop when the dough looked like “damp breadcrumbs.” Are we talking Progresso brand here? Big, homemade breadcrumbs? I was supposed to be making a tart, but instead I was scrolling through 400 Google images of breadcrumbs.

Eventually I regained my sanity and did what every home cook in search of definitive, authoritative advice does these days: I opened up Samin Nosrat’s Salt, Fat, Acid, Heat. We all know that Nosrat is a virtuoso on page and, more recently, on screen via your prestige-television subscription. She’s perhaps the best cooking instructor of our time (I’m going there). Salt, Fat, Acid, Heat is her debut and one of the most talked-about cookbooks of the last few years—in part because of its nontraditional format. More than half of its nearly 500 pages is narrative: food-science explorations, cooking experiments, and lessons about ingredients and technique. The recipes tend to get short shrift, which is a shame; like everything else Nosrat does, they’re really, really good.

I searched the index for doughs and was relieved to find only two, in all of their self-confident glory: “Aaron’s Tart Dough” and an “All-Butter Pie Dough.” I was in the market for an open-faced, French-style tart, so I turned to Aaron.

The recipe is comfortingly detailed, with timing and visual cues (stop when your butter is in “broken-walnut-size pieces”), constant reminders to keep your tools and ingredients chilled, and the clearest, most terrifying instructions for turning out your dough that nevertheless work every time. (It involves “fearlessly” flipping over the bowl of your stand mixer, which is filled with the very crumbly, not-yet-cohesive, might-fly-all-over-your-kitchen mass of dough, onto a sheet of plastic wrap. If you believe in me, I believe in me, Samin!)

When I asked Nosrat why people are so freaked out by tart and pie dough, she laughed a healthy, infectious Samin laugh and said, “Well, there is a lot of bad tart and pie dough out there.” Immediately, I felt validated. But Nosrat is quick to give credit for her dough expertise to her friend and former kitchen intern, Aaron Hyman. The tart dough recipe is “word-for-word his recipe, based on his assiduous research and exhaustive reading of every single pastry recipe that ever existed.”

Hyman, who is now a professor of art history at Johns Hopkins, loved the way tarts and pies demand technical skill as well as good cooking intuition from the baker. “Crust, unlike so much in baking, is as much about precision as it is about a real feel and improvisation. Flour is so variable, as is fat in given temperatures and weather conditions. So, it’s a moving target to pursue and perfect . . . a perfect conundrum for a type-A perfectionist.”

Nosrat continued, “When I worked at Chez Panisse, I kept hearing words like tender, flaky, short, which represented all these different types of doughs. I had the words in my head, but none of them meant anything. All it did was create the feeling that pastry dough was for experts only.” But Hyman helped her crack the code. As it turns out, all pastry doughs fall somewhere on the flaky-tender spectrum: “Tenderness means you can break the thing with a fork. You can’t do that to a croissant, but a croissant is flaky. A pie dough is somewhere at the intersection of flaky and tender.”

A tart dough, by contrast, needs to be a bit sturdier than a pie dough, to hold the weight of the tart’s toppings once it’s removed from the pan. (Pies can get away with being flakier since they’re served out of a dish.) Aaron’s Tart Dough, then, is on the tender end of the spectrum—and tenderness is achieved through fat. Hyman’s recipe is a riff on a cream cheese dough, which Nosrat notes is the foundation of the Jewish pastry rugelach.

But Hyman replaces the cream cheese with crème fraîche, which because it’s a liquid, binds the dry ingredients like water would, but because it’s also a fat, keeps the dough tender. For me, the crème fraîche is a cushion, protecting you from a too-wet or too-dry dough. And it’s part of the reason why this recipe always works. “It’s a great beginner dough,” Nosrat notes, “and will help you eventually get to pie”—which Nosrat says is a rung above tarts on the pastry-difficulty ladder. I might not be ready for pie yet, but meanwhile, my freezer is full of Aaron’s Tart Dough. And each week, my leftovers are reborn as the beautiful, tender savory tarts I always knew they could be.