Get a free recipe
Subscribe
Why Is Saffron So Expensive?
By: Max Falkowitz Illustration: Carmela Caldart 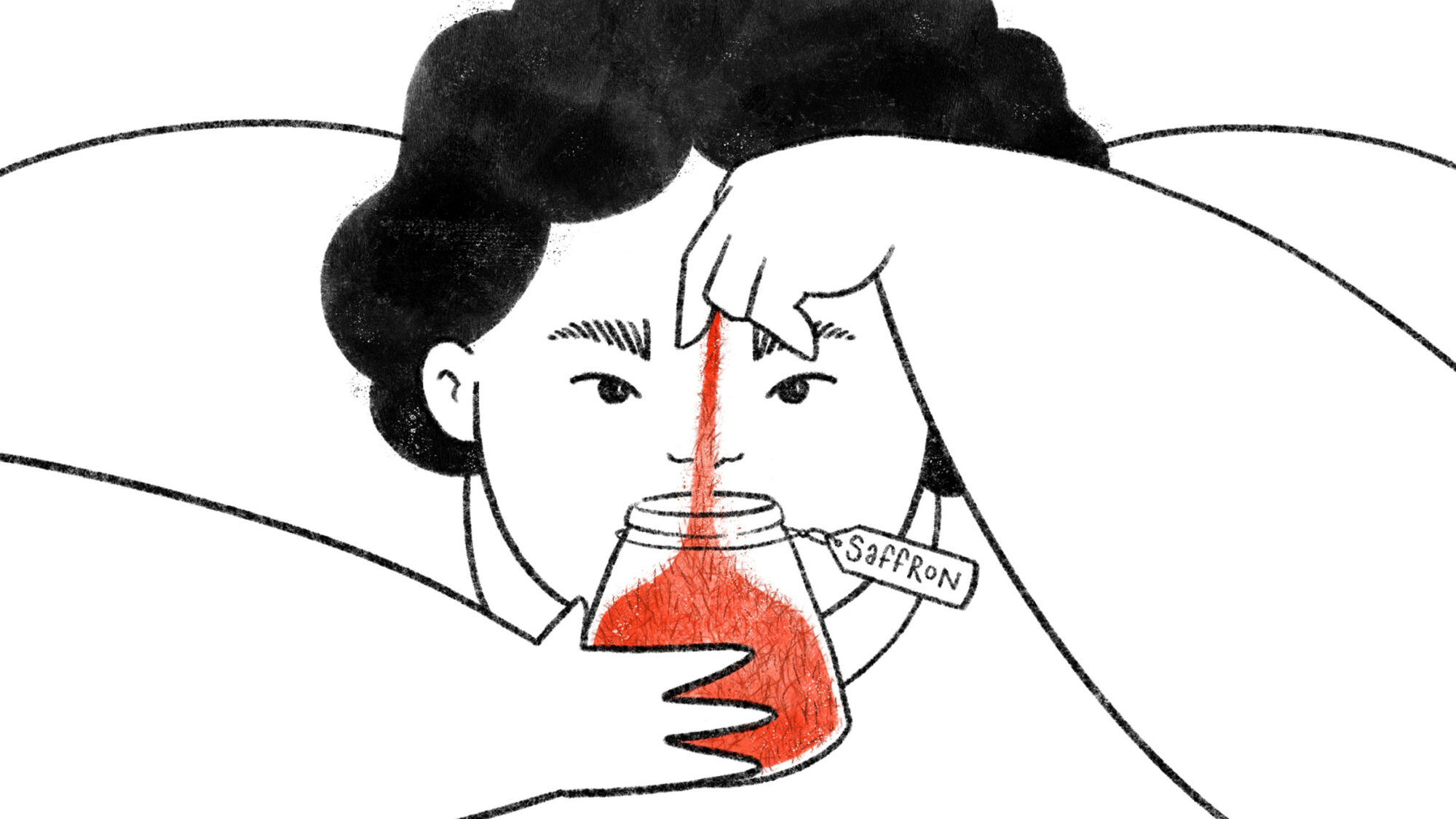 This labor-intensive spice is nearly worth its weight in gold.

In Spain, it turns Valencia rice into golden paella. In Iran, it adds regal fragrance to workaday cups of black tea. In India, it elevates everyday sweets like payasam into religious rituals. Cooking with saffron is as close to alchemy as you can get. Even in regions lush with saffron flowers, saffron—the spice that is the dried stamen of the Crocus sativus flower—has always signified luxury, similar to edible gold leaf, say, but with the added bonus of a singular taste and aroma to go along with its golden hue. To the uninitiated, saffron’s heady musk is like scraping a vanilla bean grown in another galaxy. Layered and spicy and alluring. No wonder, then, that it’s the most expensive food on Earth, with prices often in excess of $10 a gram. Granted, a single gram contains hundreds of individual threads, so the actual cost per dish (a pinch is all you ever need) isn’t as stratospheric as the sticker shock makes it sound.

Crocus sativus dates back to the time of Cleopatra, but does not grow in the wild. Saffron flowers are sensitive creatures that don’t survive well outside the greater Mediterranean’s climate band and require particular soil drainage and pH, so they haven’t strayed too far from their original growing fields, and attempts to mass-cultivate the plant elsewhere have yet to prove successful. The vast majority (85 percent, according to UN estimates) of saffron comes from Iran; even before the United States’ January assassination of Qassem Soleimani, political enmity has limited the amount of Iranian saffron available to the US market. Most of our supply comes from Spain, Turkey, India, and elsewhere, and while saffron freaks may have a favorite region, a given batch’s quality has more to do with its growing conditions than where exactly it was grown.

Regardless of origin, harvesting saffron requires painstaking—and expensive—manual labor. Each crocus yields just three stamens, the actual threads of saffron we cook with, and those stamens are only available to pick for the few hours a day that the flower is open to the afternoon sun. It can take dozens of laborers—working days hunched over with tweezers—to harvest a field of 50,000 flowers, which produces just one pound of saffron.

Ultimately, saffron costs what it does because people are willing to pay for it. From the Indian subcontinent to the Afghan mountains to the shores of Valencia to bustling markets in Tehran and Madrid, saffron has become embedded in religious rituals and cultural institutions thousands of years in the making. The spice is rarely used in everyday cooking, but it’s essential for delicacies like a jeweled Persian pulao, or offerings like silver bowls of saffron water for the Buddha. At fine dining destinations like New York’s Le Bernardin, threads of saffron elevate pan-seared potatoes into fragrant golden nuggets and add beguiling complexity to fish soups.

With this profound demand, and a scarcity that doesn’t look like it’s going to change, it’s no shock that plenty of counterfeit saffron floods the market. Flavorless but similarly colorful threads of the safflower—a kissing cousin to Crocus sativus—are often sold as saffron to unwitting shoppers. And ground saffron threads are almost always adulterated with turmeric and other fillers. To get the good stuff, always buy whole saffron, not ground, and look for thin, wavy threads with yellow dots at one end, a sign the stamens haven’t been dyed and are showing their true colors.