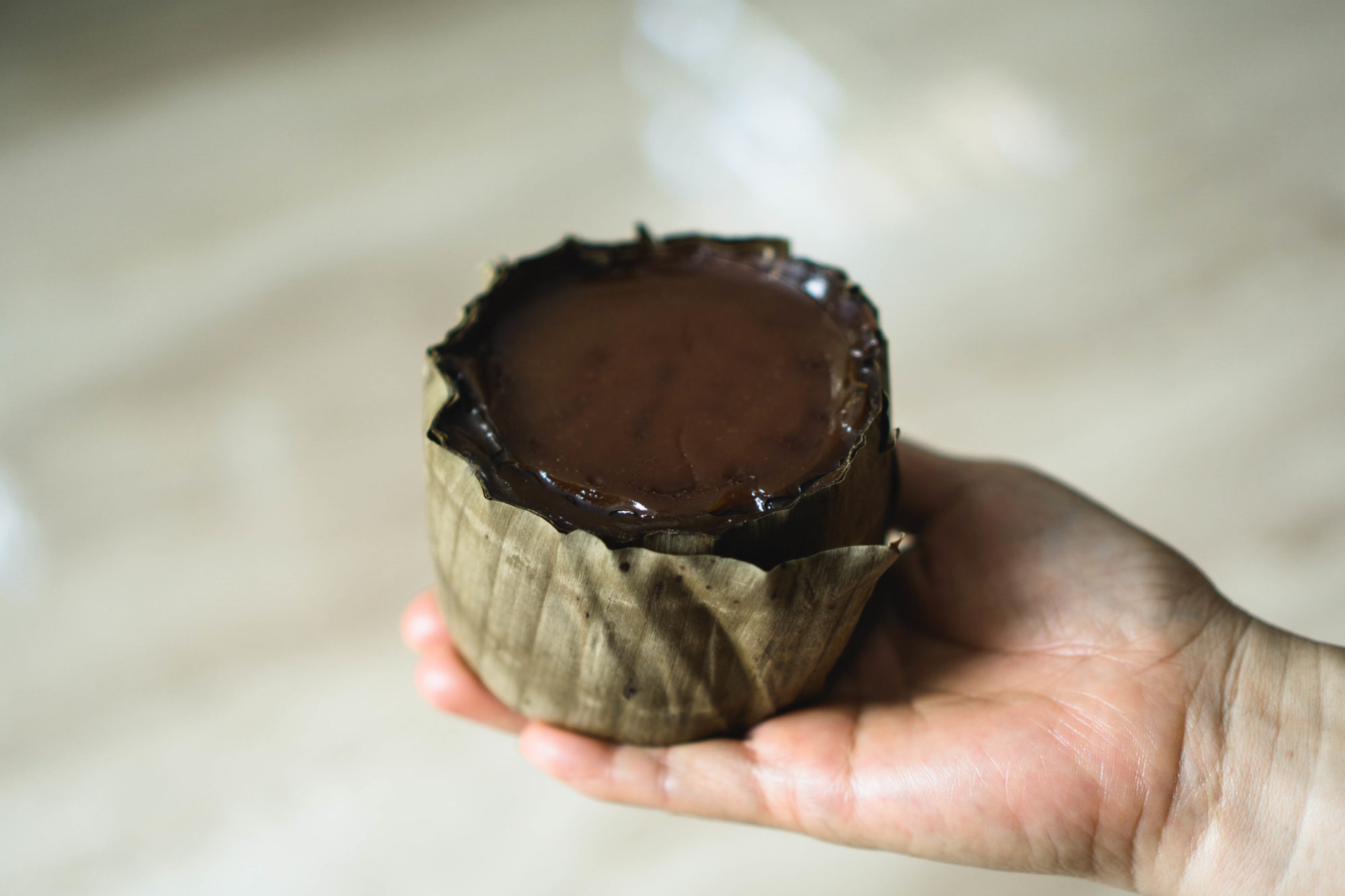 Like turkey is to Thanksgiving, nian gao have a time-honored spot on the table during the Chinese New Year.

年年高升 (nian nian gao sheng). Of all the auspicious sayings uttered over the Lunar New Year, this one has especially stuck with me since I was a kid. Meaning “Rise to greater heights year after year,” it sounds like the perfect mantra for living a lofty life, or the secret subtext to every self-help book ever written. My reverence for it, however, has much more gluttonous roots.

Many New Year sayings are rich in culinary and cultural symbolism. Take 年年有余 (nian nian you yu), for instance, which translates to “Have an abundance year after year.” Fish (鱼) is a popular New Year food, as its pronunciation, yu, is the same as abundance (余). Tang yuan (汤圆), sweet rice balls filled with black sesame paste, are eaten to signify reunion (团圆), similarly pronounced “tuan yuan.” So when it comes to nian gao (年糕), a sticky rice cake, it’s associated with growth and prosperity, stemming from 年年高升 (nian nian gao sheng).

Nian gao is traditionally made from a paste of glutinous rice flour, water and sugar, steamed for hours until caramelized into a dark brown mass. The result is a dense, tacky rice cake that resembles a block of dull English toffee, or a jellified brick of molasses—but what nian gao lacks in looks, it makes up for in taste and prosperous symbolism. And though there are other, more popular rice cakes throughout Asia, like mochi, Korean tteok and a white, savory variant of nian gao common in Shanghai, as the Lunar New Year approaches, this dark, sticky nian gao is prized like no other. Wherever they’re sold, they’re decked out in festive kitsch—draped in crimson cloth and gilded ribbons, with red 福 (fu; meaning good fortune) doilies stuck on them, wrapped in hampers embellished with gold, or in plush boxes adorned with well wishes written in calligraphic brushstrokes. And every year, as Chinese families do, my parents would buy them by the dozen, mostly to gift to friends, relatives, neighbors, bosses, colleagues—anyone and everyone in their lives. But far from being mere gifts of courtesy, like fruitcake for Christmas or licorice in Halloween baskets, nian gao is meant for indulging.

The origins of nian gao date back to pre-Imperialist China (circa 480 BC), when the country was still fragmented into many warring states. Legend has it that a general by the name of Wu Zixu led the construction of the protective walls surrounding the Wu capital (modern-day Suzhou). During his tenure, he allegedly told his people to seek salvation beneath the walls in the event of a siege. Years after his death, the southern Yue state besieged the Wu kingdom, cutting off the capital’s food supply. Starvation was imminent, but the Wu people, reminded of their late general’s words, began digging under the walls, where they found blocks of age-old nian gao in place of the wall’s foundational bricks. Well preserved due to their hardy nature, these rice cakes saved the Wu capital from starvation, and Wu Zixu and his nian gao were revered from then on.

Like so many myths and legends, the commemorative meaning of nian gao has largely been lost over the past centuries. What has remained though, is its auspicious ties to the New Year. Just walk along the streets of Beijing, Shanghai, or the many Chinatowns of the world in the weeks leading up to the New Year, and you’ll find nian gao stacked high on storefront shelves of restaurants and grocers, sometimes even in salons, laundromats, and many other Chinese-owned businesses.

Beyond the flashy packaging, nian gao is a blank canvas for creativity. With a little heat and tender loving, this chewy rice cake transforms into an ethereal embodiment of the festive season. Most commonly, nian gao are dipped in a simple egg batter and fried on a skillet, turning crispy and caramelized on the outside and endlessly gooey on the inside, capable of rivaling the best grilled cheese. Or you’ll find it cut up into sticky, bite-size chunks and tossed in a blizzard of shredded coconut, nearly unrecognizable from its original form. And in Southeast Asia, it’s often wrapped in banana leaves before steaming, taking on an otherworldly fragrance to round out its sweet tenderness. Every new riff is a witty variation on the traditional but is nonetheless comforting in every form it takes. Despite not having been back home in Malaysia for Lunar New Year in nearly a decade, I still feel a tug of desire for nian gao each time the holiday season rolls by. Walking through the lanterned streets of Leicester Square in London or passing by shops selling red decorations in Flushing in years past, they would call out to me, transporting me back to my 婆婆’s (grandma’s) house on New Year’s morning.

Back then, I would sit around the lopsided wooden table with all the other kids, dressed in our crisp new clothes, sparklers and Pop Pops by our sides, ready to initiate in bang snap battles at a moment’s notice. The old Singer radio would be playing classic New Year tracks, blaring over the distant din of the lion dance troupe out on the streets. My uncles and aunties would go around handing out red envelopes filled with money, offering them to their nieces and nephews in return for cheeky grins and empathic New Year greetings (unsurprisingly, nian nian gao sheng was my default). At some point in the midst of this festive cacophony, my aunties would bring in a hot tray of nian gao “sandwiches” and immediately retreat from the ensuing chaos as 20 hands reached for them at once. Wedged between two slices of sweet potatoes, battered, then deep-fried—this was, and still is, my my favorite form of nian gao. Hot from the wok, I’d hold them in each hand between oil-soaked paper towels and take a bite. The crisp batter would shatter, giving way to the powdery sweet potato layers, neon orange and purple from the cooking. Before I knew it, the sweet center of molten nian gao would ooze out, scalding my lips. But each time, I would beam through huffs of steam and take another bite, bigger than the last. For the first time in a while, I’m back home for the New Year. Though we’re no longer going back to my grandmother’s hometown, come New Year’s morning, I’ll be the one frying up those nian gao “sandwiches,” carrying on the time-honored tradition.