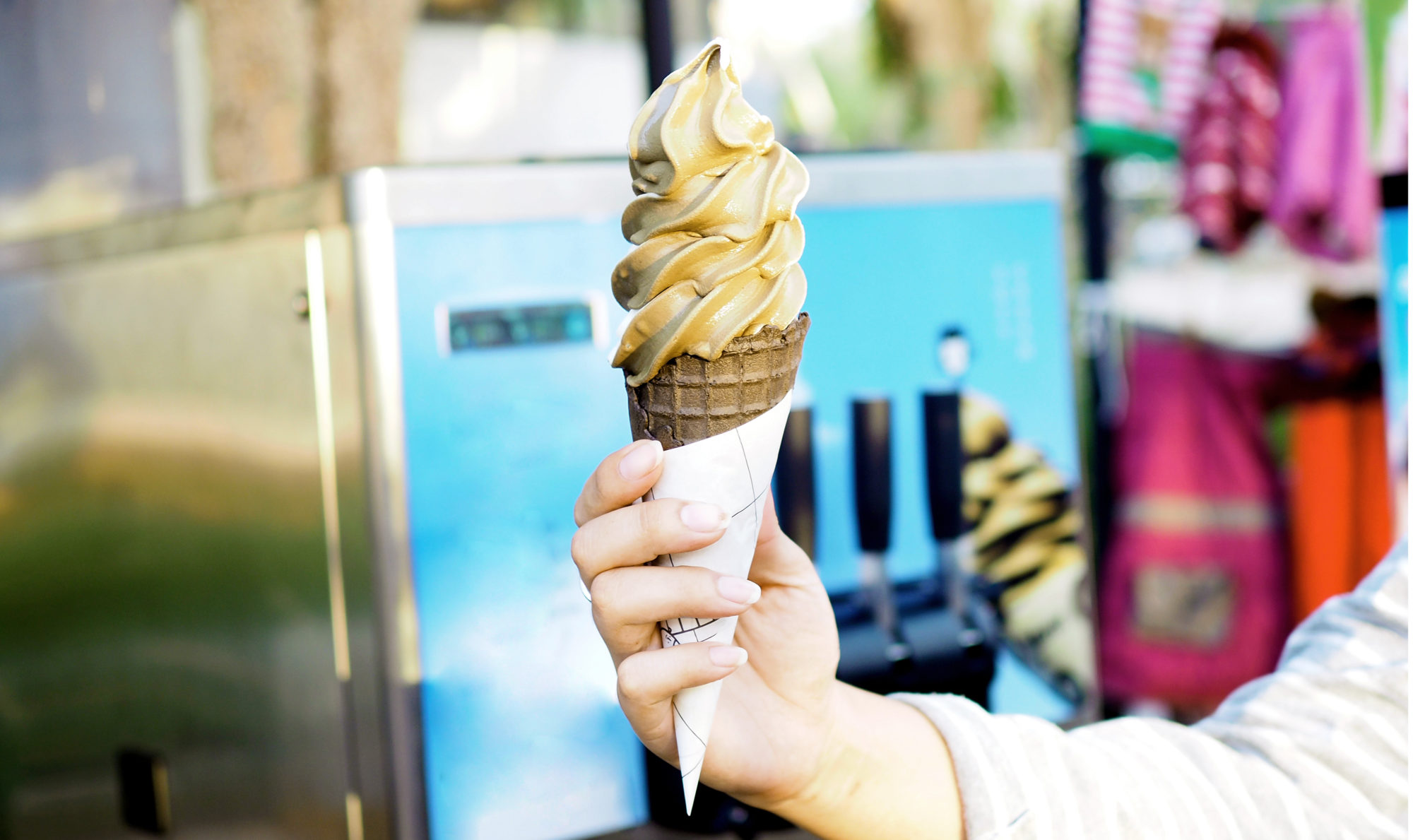 In the same way that browning butter gives it richness and fragrance, and toasting almonds brings out a more pronounced nuttiness, roasting green tea results in a deeper, rounder flavor than its original form. While most green tea leaves are quickly steamed so their natural color and vegetal taste are preserved, tea leaves meant for hojicha get a high temperature scorch over charcoal. This roasting process burns off tannins and most caffeine from the leaves, transforming the flavor into something more delicate and drinkable, as well as giving it a smidge of smokiness. The rusty brown tea is touted as an any-day, any-time kind of drink, but as with matcha, thinking beyond the teapot is when things get more interesting.

That caramel-like flavor is a natural fit for sweets when it comes to infused syrups that infiltrate mini shaved ice mountains of kakigori or a less traditional (but no less delicious) flavored cream filling for croissants. Matcha, which is also a part of green tea’s extensive lexicon (in powdered form), has received similar treatment, but on a much larger scale. When it comes to Japanese desserts, it’s common to see the two paired together in side-by-side soft-serve swirls with their bright green and duller ashy beige hues. Hojicha’s nuanced smokiness offsets matcha’s bitterness; matcha’s earthy flavor rounds out hojicha’s nuttiness. As Jee Choe, a certified tea sommelier and blogger at Oh How Civilized, puts it, “I hope to see a wave of hojicha [flavored] everything, but it may be a harder sell since matcha has that lovely bright green color going for it, whereas hojicha is a less-fun dark brown.”

But saying that hojicha and matcha are just two sides of the same coin would be an injustice. Tomoko Yagi, a wagashi expert and food consultant for Cha-An Tea House (a Japanese dessert café in New York’s East Village) separates the two green-tea-based identities. “What makes hojicha special is its unique aroma. It is so deeply flavorful, too. It is less bitter and has less caffeine than matcha, and many people love the flavor of hojicha on its own,” she explains.

Cha-An’s dessert offerings feature varying swatches of grassy matcha, maroon-hued red bean, charcoal-flecked black sesame, and ashy brown hojicha. In particular, the anmitsu at Cha-An BONBON (a to-go outpost) demonstrates hojicha’s mild yet distinguishable balance—jiggly agar cubes flavored with the roasted tea are coated with a drizzle of Okinawan black sugar syrup, then finished with a schmear of lightly sweetened red bean paste, gooey shiratama dango, and a smooth twirl of hojicha soft serve. The anmitsu cubes have a chewy yet delicate texture that carry flavor, while the complete dish is an amalgam of herbal, smoky, and creamy notes tinged with light sweetness.

To easily incorporate hojicha into your own cooking, Choe recommends her go-to recipe for brewed hojicha topped with frothy cream. The thick, creamy topping calls for a hint of salt and makes for a richer cup of tea that’s more like a dessert. Similarly, Yagi enjoys heating hojicha with milk for a decaf latte, as well as  infusing the tea’s flavor into batter for featherlight chiffon cakes or denser, buttery pound cakes. Sourcing hojicha is straightforward—loose dried leaves are a common item at Asian supermarkets, tea shops, and online grocers. And if you can’t be bothered to strain out the leaves, hojicha powder is a convenient way to incorporate subtle smokiness into milky panna cottas, layers of whipped cream in mille crepes, or a ganache-filled chocolate. You can have your hojicha and eat it, too.