1
dried habanero chile (use half if you don’t like your salsa too spicy), stemmed

4 oz
feta cheese (Valbreso if you can find it), crumbled

1
bunch of scallions, green parts only, sliced about 1⁄8 inch thick (reserve the white parts for something else)

Influenced by both his Mexican background and experience at fine dining establishments, Wesley Avila’s unconventional tacos have garnered plenty of buzz beyond his home base in Los Angeles. His cookbook, Guerrilla Tacos, gives you a taste of L.A.’s taco trucks wherever you are.

After my mom passed away, my aunt used to make us tons of tacos de papa dorados—basically mashed potatoes inside a tortilla either folded or rolled up like a flauta and fried—and leave them in big bags in the fridge. My friends and I would grab a few, microwave them, smother them in tart, fresh, bright-green tomatillo salsa, and wolf them down while watching episodes of Richard Bey. It’s a casero-style (homemade) snack, sort of like a Hot Pocket. You wouldn’t really see these on a menu anywhere. So when I first got the cart, I figured why not make this taco with a few modifications?

The idea here is comfort—a little sweet from the potatoes, a little tart from the French feta, some crunch from the fried corn, and some heat from the salsa. The salsa isn’t a Mexican thing; it’s a Spanish thing, like a romesco with added spice from the habanero and chiles de árbol. At first we were doing this with Oaxacan melted cheese and braised leeks, but we don’t have the time and space to braise leeks, so we add the fresh scallions instead. I like a lot of onion on my tacos. These days you can probably get something like this at other places, but back when we started out, you would never see sweet potato on a taco. Other things cycle in and out seasonally, but this is on the menu year-round because it is our best-selling taco. 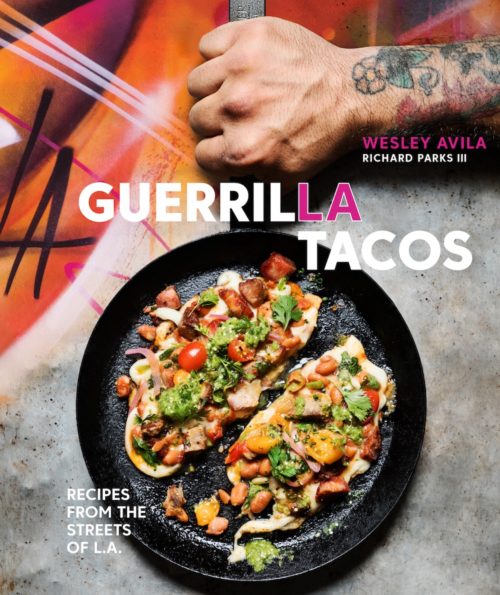 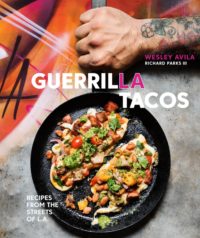