Great for pho beginners, this recipe is also terrific for cooks in a hurry. It involves less than 45 minutes, during which you’ll doctor up store-bought broth so it says, “I’m pho-ish.” The keys to this streamlined approach include toasting spices and dry sautéing the ginger and green onion, which help to extract flavor fast. Poaching the chicken in the broth adds savory depth. You’ll practice some fundamental pho techniques that you can apply elsewhere, too. Choose a broth that tastes like chicken, such as Swanson brand, which is less fussed up and easy to manipulate. You need two 14.5-ounce cans or one 32-ounce carton.

Reprinted with permission from The Pho Cookbook: Easy to Adventurous Recipes for Vietnam’s Favorite Soup and Noodles by Andrea Nguyen, copyright © 2017. Published by Ten Speed Press, an imprint of Penguin Random House LLC 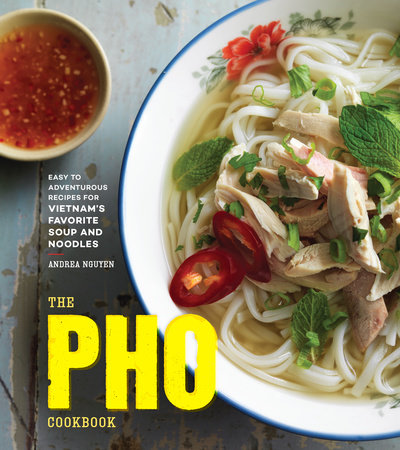