Blackcurrant (or Mixed Berry) Purée
10 ½ oz
blackcurrants (or mixed berries), fresh or frozen and defrosted, plus 1 1/2 oz to garnish

We had a momentary wobble as the recipes for Sweet were coming together that there was not enough color. Yotam ran off to his local grocer to get as many bright berries as he could, and the refrain of the week was: color, color, color! This tall, conical showstopper of a cake is one of the happy outcomes. It starts its life, simply, as a flat sponge cake in a baking sheet. Rolled up and covered in silky buttercream, it looks rather like a barrel. Cut into it, however—revealing the stripes!—and it looks like a whole lot of vertically inclined (and very colorful) fun. 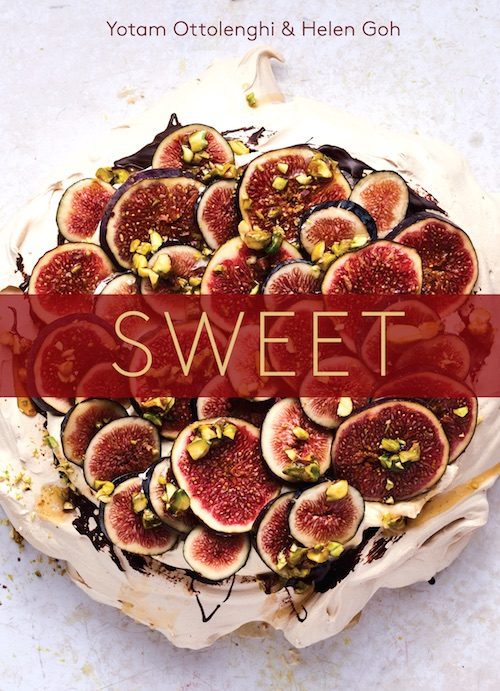 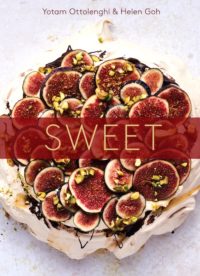