Called “angel wings” at most Thai restaurants in the States, this dish has been a favorite among Southeast Asian immigrants in North America and Europe. Curiously, however, it’s rarely served in Thailand. The restaurant version is deep-fried, but I’ve always cooked these wings on the grill. They taste better this way, and they hark back to the more rustic version made with frogs, which is well loved in rural areas in Cambodia, Thailand, and Laos.

The most challenging part of the recipe is the removal of the wing bones. If this is your first time, buy a few extra wings as practice pieces. It should take no more than three or four wings to get you in the groove. Then you’ll whizz through the wings you need here in a matter of minutes. The recipe intentionally yields more stuffing than you need because it’s nearly impossible to be precise unless the wings are all exactly the same size to start and therefore have the same capacity once they are boned. It’s better to have too much than too little on hand. Besides, you can stir-fry what’s left over and have yourself a snack portion of stir-fried glass noodles.

Glass noodles, also called bean thread noodles, are made of mung bean starch. Once cooked, they become translucent and slightly chewy, adding a nice texture to this dish. Choose a brand that is made from 100 percent mung bean starch, with no potato starch mixed in. Kaset is my favorite brand.

Reprinted with permission from Flavors of the Southeast Asian Grill: Classic Recipes for Seafood and Meats Cooked Over Charcoal by Leela Punyaratabandhu. Copyright© 2020 shesimmers.com. Photographs copyright ©2020 by David Loftus. Published by Ten Speed Press, an imprint of Penguin Random House. 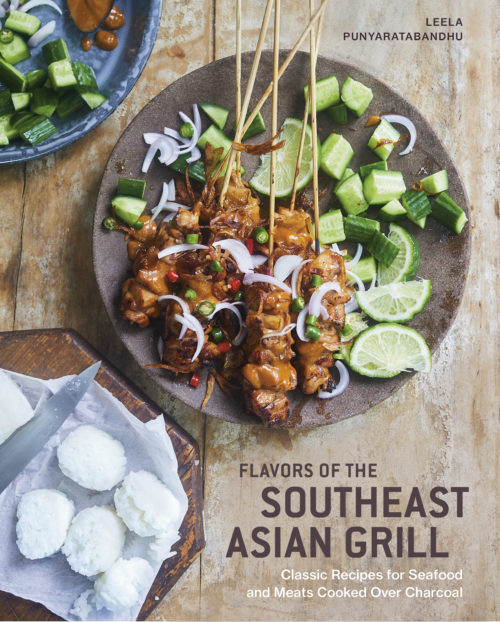 Flavors of the Southeast Asian Grill: Classic Recipes for Seafood and Meats Cooked Over Charcoal 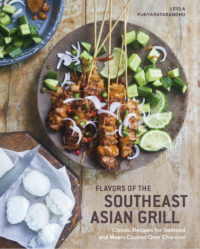