1 c
milk or unsweetened coconut milk (from a carton)

Catherine Ruehle and Sarah Scheffel adapt your favorite cake recipes into gluten-free treats in Let Us All Eat Cake.

Boston Cream Pie is in fact not a pie at all. It consists of layers of golden sponge cake sandwiched with a pastry-cream filling and slathered with chocolate ganache. Mayonnaise replaces the butter (and adds extra egg), resulting in a cake that is moist and rich. Whether you choose to make a two- or four-layer version, the pastry cream oozes out irresistibly from the sides. That plus the thick chocolate glaze will have you scrambling for your fork.

Reprinted with permission from Let Us All Eat Cake copyright © 2014 by Catherine Ruehle and Sarah Scheffel. Published by Ten Speed Press, an imprint of Penguin Random House LLC. 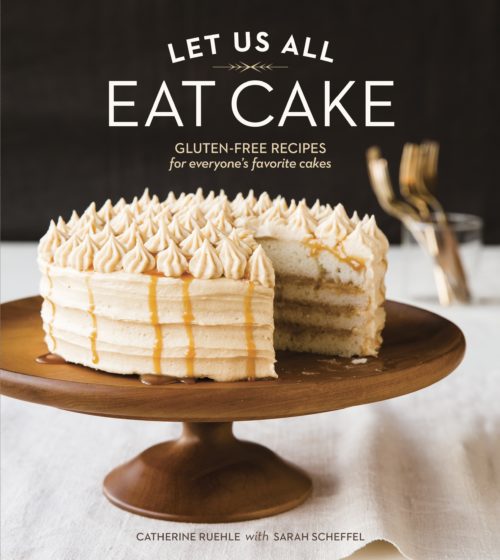 Let Us All Eat Cake