Get a free recipe
Subscribe
Garlicky Sautéed Mushrooms
By: Aaron Franklin and Jordan Mackay
4
servings
Side Dish
Course
Print Recipe
Ingredients
Directions
Ingredients
2 c
sliced brown cremini mushrooms (5 to 6 ounces),*
Always buy whole mushrooms and cut them yourself. Baskets of chopped or sliced mushrooms have often been sitting around dehydrating for days in store produce departments. The easiest way to slice a mushroom is to cut a narrow sliver off the bulb to create a flat surface and then lay the mushroom on that flat surface and cut it into as many slices as you please.
*Show Note

Jordan grew up eating mushrooms alongside steak because that’s what his mother always cooked. Scents are powerful agents of memory, so for him the smell of sautéing mushrooms with garlic, butter, salt, and a generous dusting of cracked black pepper is almost inseparable from that of steak. Where did this great pairing come from? His mother says that she does it because her mother did. So where did Grandma get this technique? “It’s probably from France,” Jordan’s mom says. “She took a lot from French cooking.” Indeed, Julia Child has a recipe in Mastering the Art of French Cooking for sauté de boeuf à la parisienne that pairs steak and mushrooms. It calls for whipping cream, Madeira, and beef stock. This dish is infinitely more simple.

Mushrooms are almost a meat substitute. Just like a steak, they brown when they are cooked, lose some water, and develop a dense, savory texture. They’re also chock-full of umami, which make them an excellent complement to steak. The mushrooms’ function is the opposite of the role of an acidic salad. Instead of acting as a counterpoint, they enhance the steak by doubling down on richness and umami while also adding an earthy flavor. 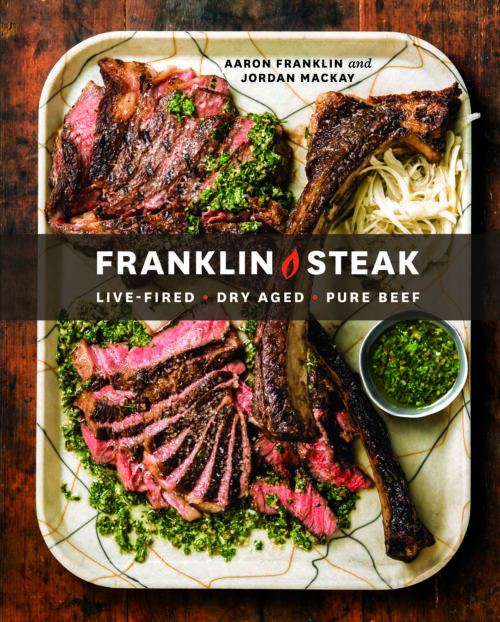 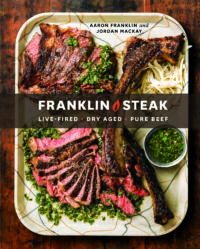