There is a restaurant in Los Angeles called the Corner Place that takes the secrecy of their dongchimi recipe so seriously that they do not allow takeout. Ever. No exceptions. It makes sense, because when you nail the recipe (which they have, and we think we have as well), there is nothing more irresistibly refreshing. Dongchimi is a short-fermented radish kimchi traditionally served in the winter months—paired with steaming hot dishes—though you can often find it at restaurants year-round. Unlike the spicy red kimchis, dongchimi is a white “water kimchi.” The pickling liquid is more of a broth and is slurped up with the tender radish. It’s wonderful—sour but without an overpowering pop, a little sweet and spicy.

When buying the radishes for this kimchi, it’s important to distinguish between Japanese (daikon) and Korean (mu) varieties. Japanese daikon is longer, thinner and slightly sweeter—and likely what you will find at your usual grocery stores. Korean radish is shorter and rounder and contains more water. A good Korean radish has a distinctive crunch and strong vegetable flavor, which is smoothed out after a couple days in the liquid, and they are strongly preferred for this. The kimchi will be ready in a week or so, depending on the season, and will keep for several months, evolving in flavor over time.

A favorite, simple dish you can also make from this is dongchimi guksu, a refreshing cold noodle. Boil white wheat somen noodles, drain and shock the noodles in cold water and serve them in a bowl with dongchimi and its liquid poured on top as a soup. Garnish with cucumber, scallions, tomato and chile pepper slices.

Reprinted with permission from Koreatown: A Cookbook by Deuki Hong and Matt Rodbard, copyright © 2016, published by Clarkson Potter, an imprint of Penguin Random House LLC. Photography copyright © 2016 by Sam Horine. 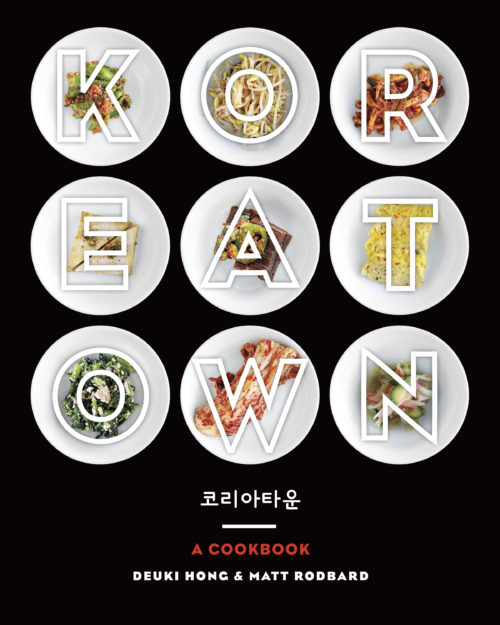 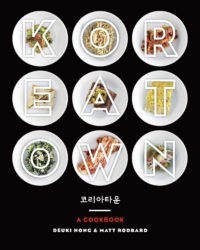