Gunnar Karl Gíslason, chef of Restaurant Dill in Reykjavík, and Jody Eddy celebrate the cuisine of Iceland in North.

Gunnar is an ardent meat and fish smoker, but he also enjoys smoking more unexpected items, such as cheese. He infuses it ever so lightly with smokiness by using a smoke gun to pipe wood smoke into it. It’s a simple technique that works well with virtually anything you want to permeate with smoke, such as vegetables, sauces, or even ice creams, since the smoke carries very little heat. You can also play around with the smoking material used. For example, dried tree leaves of nearly any species or hay are good choices.

Don’t be intimidated by the idea of making cheese at home. It’s not as daunting as it sounds, and once you are comfortable with the technique, it’s fun to mention to your guests that you made the cheese yourself. Plus, the process results in whey, which is also used here. The smoked cheese caramelizes nicely during the smoking process, which also makes it a fun and unexpected topping for ice cream. Like many Nordic chefs, Gunnar frequently cures his own fish, which, when paired with the fresh salad and the light texture of the cheese, makes for a lovely dish on a warm summer’s day. 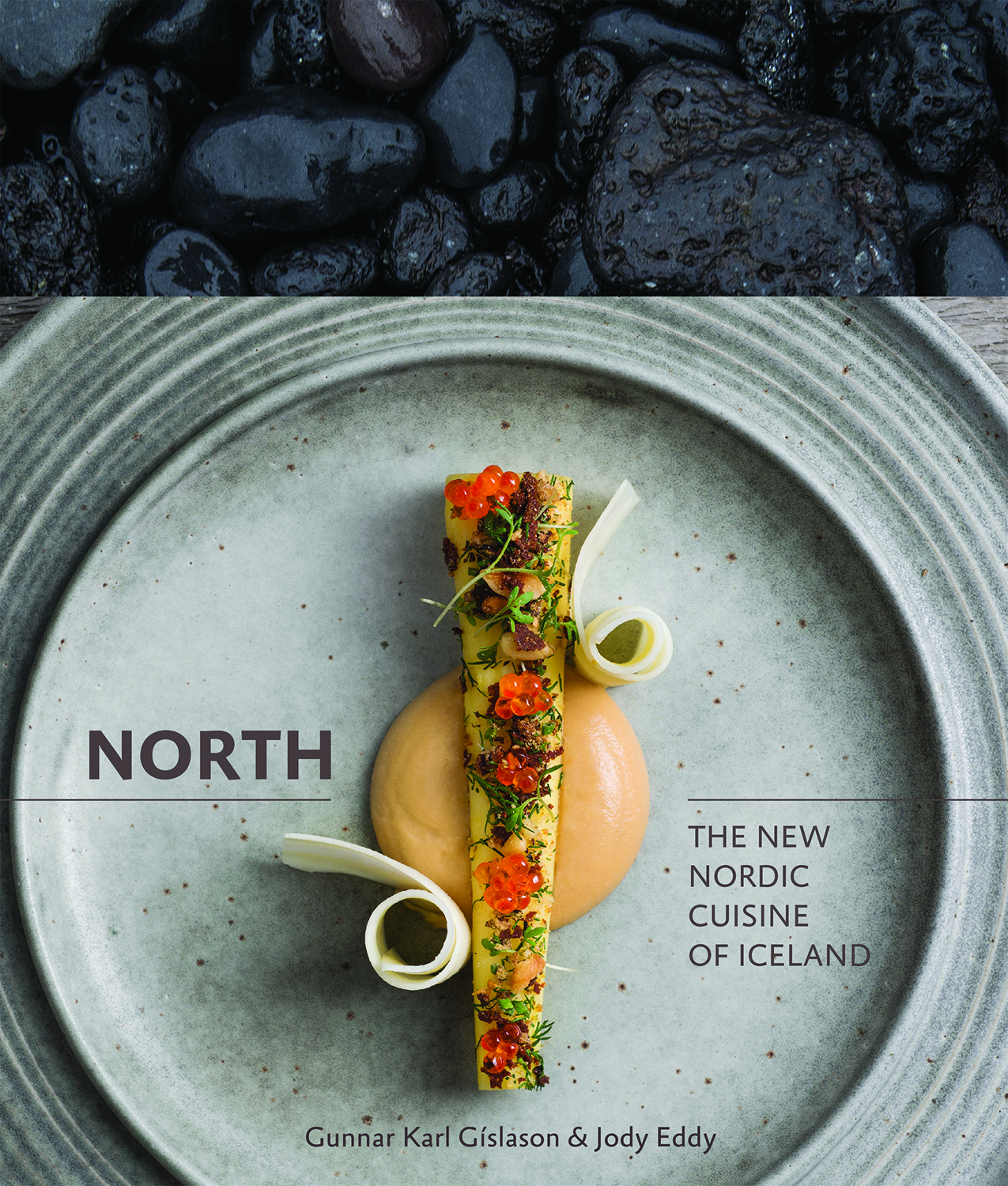