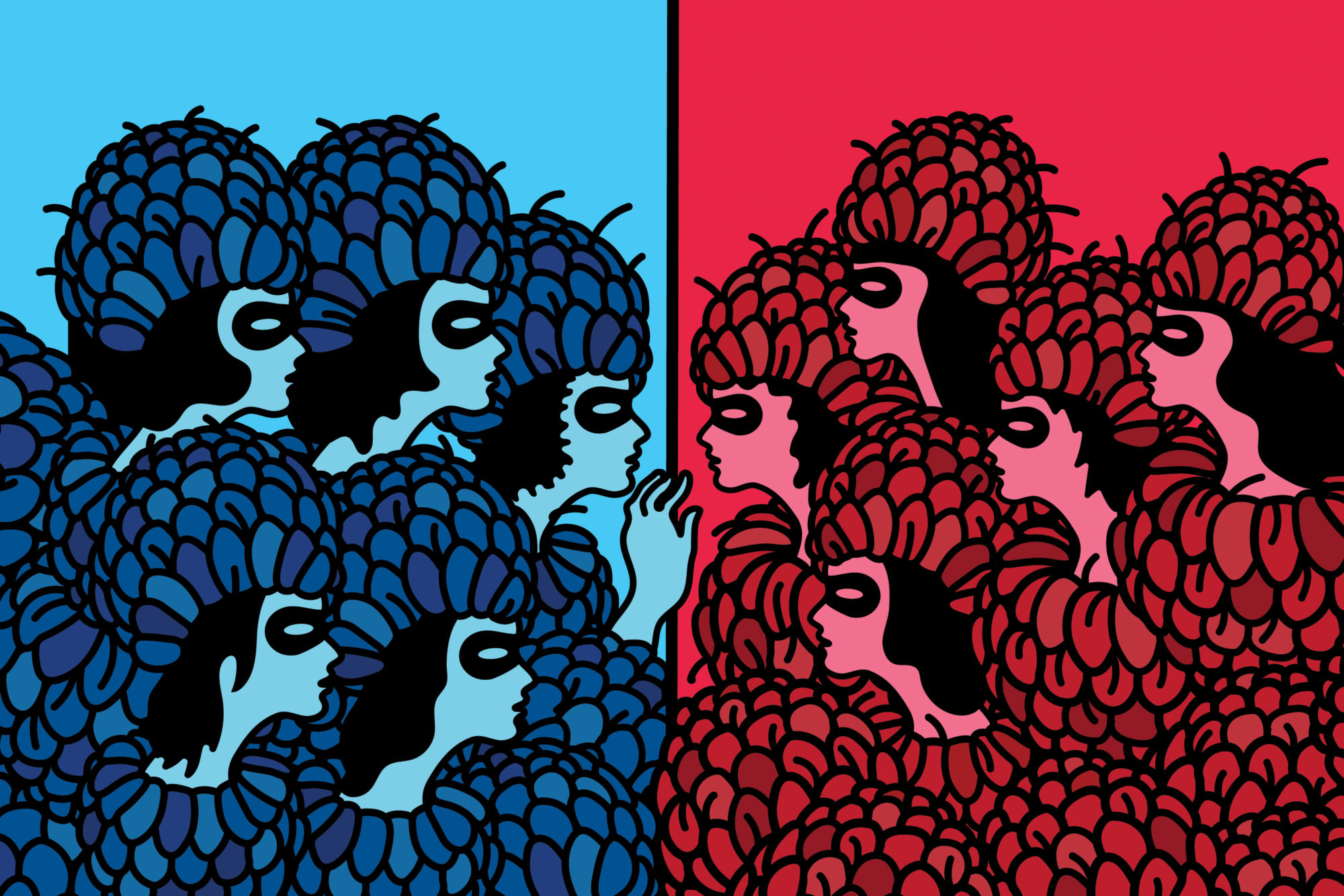 Blue raspberry is a flavor of sodas, suckers, and gummy candies—but where did it come from, and does it actually taste different from its red counterpart?

For many decades, all of the red flavors of the land coexisted peacefully. Soda syrups and hard candies flavored with cherry, strawberry, and cinnamon were tinted with the same rosy colorants, and the fragrant raspberry obtained its deep carmine color from the red food dye FD&C Red No. 2 (also called amaranth), one of many coal tar derivatives used in food and cosmetics since the early 1900s.

In 1971, Russian scientists discovered that large doses of amaranth—a vivid red dye that had been used in everything from black currant ice cream to cider vinegar—caused malignant tumors in older female rats. However, the FDA’s experiments were so persistently inconclusive that the dye was given “provisional” status until further data could be collected. Some argued that absurd volumes of dye would have to be ingested for the risks to approximate those seen in lab studies—something along the lines of 7,500 cans of Cheerwine in a day.

After five years, the FDA finally caved under pressure from consumer advocates and banned Red No. 2, and the ensuing PR shitstorm against red food dye was so pervasive that Mars Inc. completely eliminated red M&Ms from its mix even though they’d never used Red No. 2. It was a decade before Mars deemed the red threat sufficiently over and red M&Ms came back into rotation in 1987.

Cherry, strawberry, and even watermelon safely secured their spots in the lineup of red or reddish flavors with the addition of Allura Red AC (aka Red 40, introduced in 1971), leaving sanguine raspberry as odd flavor out. The only other red colorant that approximated raspberry’s depth or vibrancy was Red No. 10 (carmoisine, also known as azorubine), but even that had been outlawed in the 1960s. And because colorants are typically altered by changes in temperature and acidity, as well as exposure to light, swapping out an old red for a new one isn’t always a straightforward solution.

Fortunately, raspberry had a wild relative on its side, a country cousin, Rubus leucodermis. Street name: Blue Raspberry, a rangy bramble native to the Pacific Northwest. Blue raspberry had existed as a flavor since the ’50s, but as the fear over red dye continued, candy companies began to replace it increasingly with Brilliant Blue FCF (also known as Blue #1 Lake), a food dye that’s been in rotation since 1929 in a range of other foods and drinks that had no business being blue: orange-flavored curaçao, Nehi and Frostie brands of cream soda, and Jones bubblegum soda. Giving the flavor a new color allowed it to drop its carcinogenic affiliation and change its image altogether.

The raspberry’s identity crisis didn’t end just by changing its color, though; the chromatic makeover wasn’t enough. According to Fenaroli’s Handbook of Flavoring Ingredients (1971), “the significant aroma difference between cultivated and wild raspberry has spurred the flavorists’ efforts.” (Since most of our sense of taste is olfactory, flavor always starts with aroma.) The fragrance of a natural raspberry is ethereal; chemically, it’s redolent of the compound known as strawberry aldehyde—an organic chemical found in the scent of violets, with added notes of orris root, jasmine, vanilla, and celery.

Raspberry flavor, by contrast, is a highly simplified version of this, mostly derived from a combination of three aromatic chemicals called esters, most responsible for the scents of bananas, pineapple, and cherries. This did a fine job at making candy that resembled the flavor of a raspberry so long as the candy was red; however, tests showed that altering the hue also changed the flavor, reducing the tartness somewhat. Simply put, blue raspberry does not quite taste like raspberries, but it was close enough.

In the early ’70s, ICEE and Otter Pops spread blue razz like cerulean Ebola, and soon came a jarring array of products with blue raspberry flavor: Jic Jac soda, Pop-Tarts, Peeps, the creme in a very special Twinkie. There’s blue raspberry weight gain powder for getting swole, and to the opposite but strangely appropriate end, an entire range of blue raspberry vape juice.

And then blue raspberry jumped the shark. 7-Eleven debuted a blue raspberry Slurpee-flavored doughnut as a tie-in with the annual Discovery Channel television event Shark Week. At last, breathed the collective American sigh of relief. The terror of a shark attack in doughnut form.

Though raspberries are universally loved, blue raspberry as a flavor remains divisive. One soda blogger described blue raspberry Jic Jac soda as being “like an angry hive of bees,” whereas another reviewer gives Sneakerhead brand “Blue 11” blue raspberry vape juice a ringing endorsement, noting that the flavor is “extremely smooth and subtle with no burning sensations whatsoever.”

It’s uncertain why the flavor is so polarizing. Maybe it’s the synesthetic mindfuck of tasting electric blue compared to the placid purity of a bowl of fresh berries and cream, but maybe these don’t have to be at odds. Blue raspberry flavor isn’t trying to be a raspberry. There’s room in this crazy world for both.