Get a free recipe
Subscribe
When Did Ramen Come to Japan?
By: Max Falkowitz 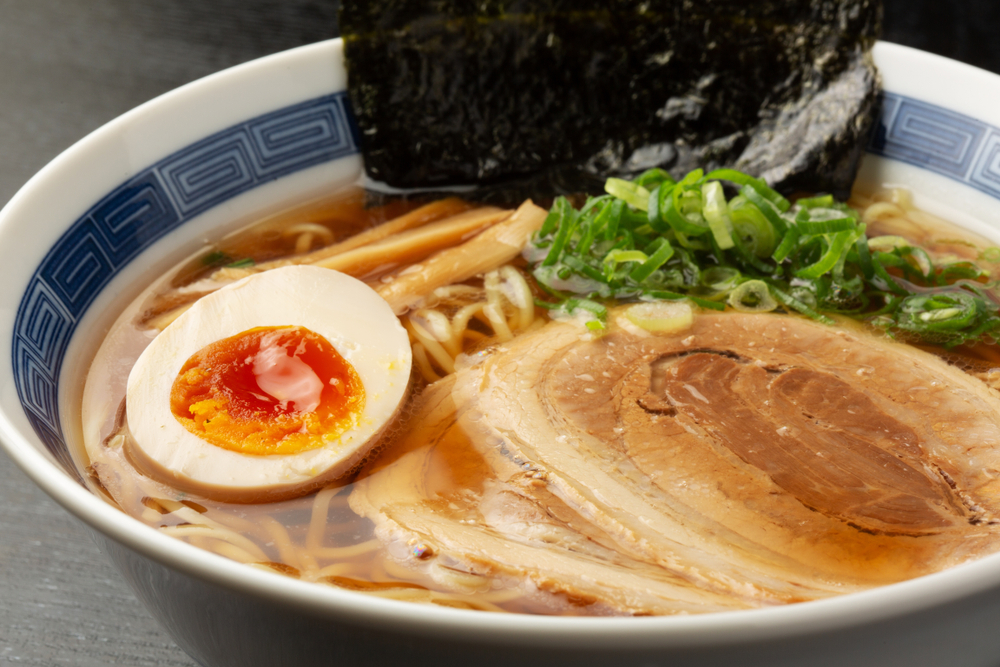 The iconic dish and tradition are relatively recent inventions.

There’s a lot of hubbub about “authentic” Japanese ramen—its regional variations, its presence or absence overseas, its reinvention as a freeze-dried dorm-room snack—but for all the ramen discourse, it’s worth remembering that the actual dish isn’t that old. According to the Yokohama Ramen Museum, ramen didn’t arrive on Japanese shores until 1859, when Chinese migrants brought the progenitor of the dish with them. That’s the year Charles Darwin published On the Origin of Species, which means that Japanese ramen is only as old as the theory of evolution.

The Chinese progenitor of the dish is a tangle of hand-pulled wheat noodles called la mian, traditionally served in a translucent broth with roasted or braised meat. Curlicued alkaline noodles didn’t arrive in the bowl until the early 1900s, and the fried-and-dried instant ramen noodles we all know and love weren’t invented until 1958. Of course, since then, ramen culture has exploded; several regions of Japan have their own specialties, and dozens of cultures across the Asian Pacific have made the dish their own. But a longstanding tradition? Ramen is anything but.