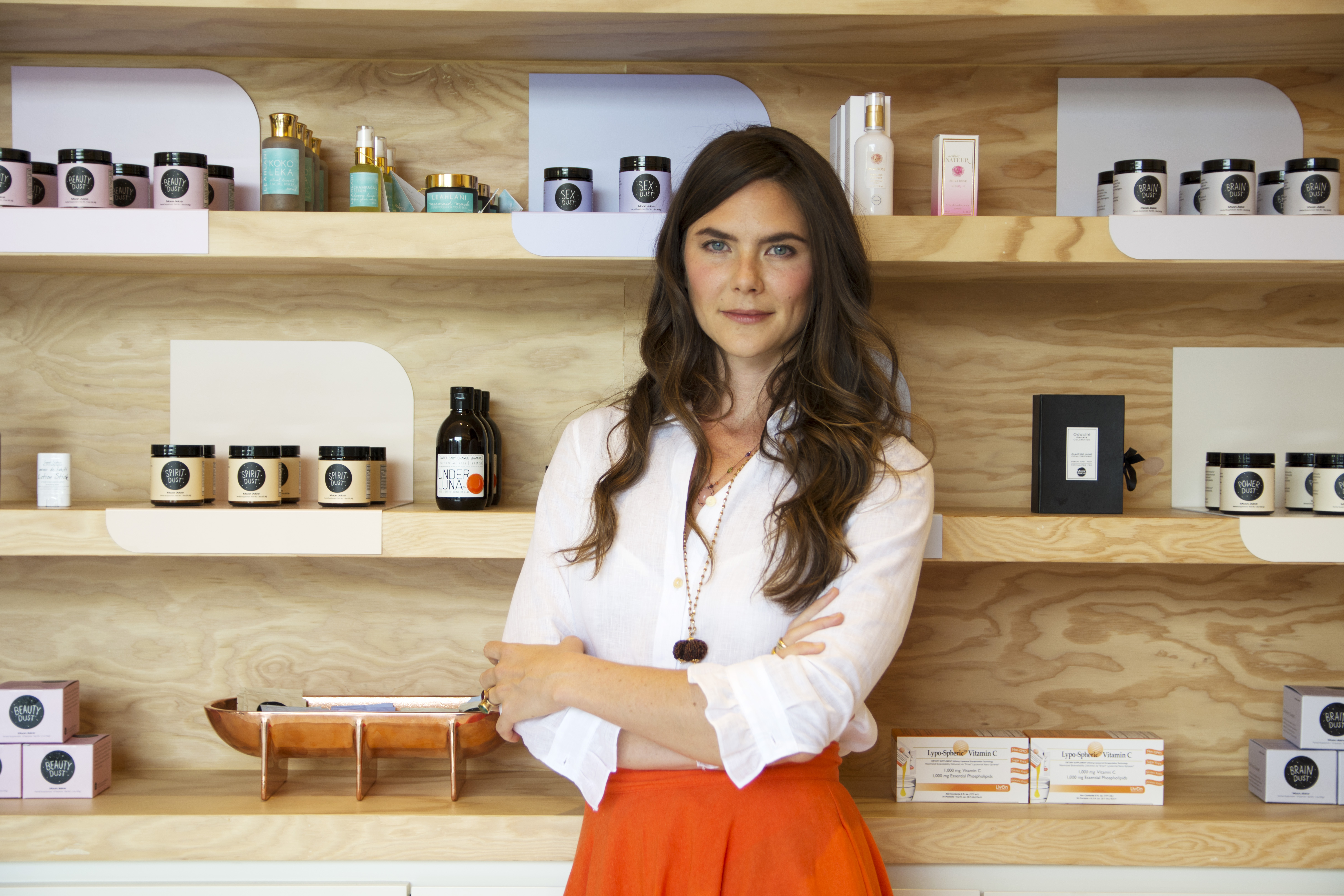 We asked the founder of millennial-baiting L.A. juice chain Moon Juice about the dusts, herbs, and harsh critics that keep her busy.

Amanda Chantal Bacon is an easy target. As the founder of Moon Juice and the author of The Moon Juice Cookbook, she is the embodiment of the company’s New Agey juices, herbal tonics, powders, and snacks, and reporters love to lampoon her complicated, occult-sounding potions. Sensationalist headlines proclaim Bacon spends hundreds of dollars each day on food, which is of course, a bold exaggeration. She is a glowing, young single mother (often pictured barefoot with her son, Rohan), and according to an infamous Elle magazine food diary, does not eat a lot of solid food aside from seaweed and chia pudding.

When Bacon opened her first Moon Juice shop in 2011 in Venice, California, it wasn’t just another L.A. juice bar shilling green juice and ginger shots. Moon Juice was an entire line of powdered herbs with futuristic names like Cordyceps, Sex Dust, and Tocotrienols. Her curiosity about ancient Chinese and Ayurvedic medicine was nothing groundbreaking, but she had rebranded these traditional remedies with modern packaging, futuristic names, and stores covered in white subway tile. Now her line of powders and dusts is distributed nationwide by the likes of Urban Outfitters and Amazon, Moon Juice is rapidly expanding, and she’s got a second cookbook on the way.

There are countless critical articles that regard the 33-year-old with serious side eye, flippantly dismissive of her nouveau riche hippie vibe. It’s clear some of the negative press has affected her. She mentions snake oil a few times throughout our conversation as if to distill all her criticism to a single false accusation, and she brushes off the fact that she constantly has to defend herself and her company. But Bacon isn’t trying to sell us $200 smoothies. What she is doing is building a sustainable, female-owned company (currently with 75 employees).

I was an early skeptic of all of these magic “dusts” until a friend with an industrial-grade bullshit detector urged me to try them. I started with Beauty Dust. Then it was Brain Dust. Within a week of starting my regimen of mixing the dusts into iced coffee and concocting my own version of Moon Juice’s “golden milk” (almond milk, turmeric, cardamom, cinnamon, pepper), I felt like the best version of myself. After spending some time with Bacon’s book, I’ve replaced my coffee and scallion cream cheese bagel breakfasts with witchy almond milk smoothies loaded with just about everything from my spice cabinet and about half of the Moon Juice pantry. Sure, you could chalk it up to the placebo effect, but it’s 2017, women’s health is under political threat, and women are still paid 80 percent of what men make. I’ll take all the help I can get.

With barely a moment to spare in her packed schedule, Bacon spoke with me over the phone from the Moon Juice offices in Los Angeles.

What are the three things you’re focusing on the most right now?
Moon Dust. Moon Dusted chocolates and more Moon Dust. We’re so dusty right now.

You have dust coming out of your eyeballs?
It’s not just the jars of dust. It’s coming up with recipes that people can use for social media that include the dust. Oh, and my second cookbook. I just started that process a couple of weeks go. So it’s dusts, and books, and more dust and recipes with dust.

So when you were formulating Beauty Dust and Brain Dust and Spirit Dust, how were you putting them together? Can you walk me through the formulation and testing process for the different herbal combinations?
They were herbs that I had been using in my life for quite some time. I started with herbs that I like and looked for herbs for things that I wanted help with. I kept mixing up different herbs in crazy plastic bags and was getting confused about which herb was which. Then it was like, “Shit, I thought that was ho shou wu but actually that was a reishi and I’ve put too much in, and now I’ve totally screwed up my coffee and I’m at a cafe and everything is spilling.” I wasn’t really keeping track; I was just doing it for myself. I have explored the hell out of Sufism—that was part of my lifestyle. I started to have a vastly different life experience, and I thought, “Wow, this stuff is not a joke.”

So herbs changed your life?
I’ve had this longstanding relationship with herbs, always reading about them, always studying with different herbalists, talking to different herbalists. The actual formulas themselves, the first iteration of these formulas came about like four years ago, almost five years ago. I did consult with an herbalist, and different suppliers and consultants have come in along the way. We’ve got an in-house herbalist, and she’s got teachers, and we consult with doctors and so it’s really becoming a robust thing.

“I have explored the hell out of Sufism.”

But we test for everything. We are sure to include certain minimums on herbs. We get certain potencies on these herbs. We’re pretty light on claims. (The FDA is pretty insane.) But we do just make sure that if you’re gonna take a teaspoon of that dust and we’re telling you it’s good for your spirit, we’ve actually included the requirements of what is going to move the needle for you and what is actually going to change your chemistry.

So you have a lot of critics. It’s clear to me that a lot of critics want to get a chance to tear you down. One such interview was a tense back-and-forth with an NPR reporter in a supply closet at the Moon Juice shop because there was no free office to duck into. What was that like? What was going through your head?
There’s so much in a day that when you are that busy and spread so thin, I don’t want to spend my time worrying or getting into it with people. There’s so much to do, and when I do find that moment where my brain can wander, it doesn’t go to why I trigger all these people.

So you don’t think about it?
You have to keep doing what you’re doing in the face of a lot of critique—and a lot of critique that’s not just a whisper or a murmur or a weird vibe you got from someone on your team, but like thousands of people who want to be in your face. Hashtags that are like #freerohan and like “professional journalists” getting you in a supply closet. In a way I’m grateful. Being able to continue on focusing on the point with that going on—in a weird way, it’s been grounding and reminds me even more that I want to be doing this. I want to be doing what I want to be doing. It’s a weird world when people get so enraged when you start talking about plants. 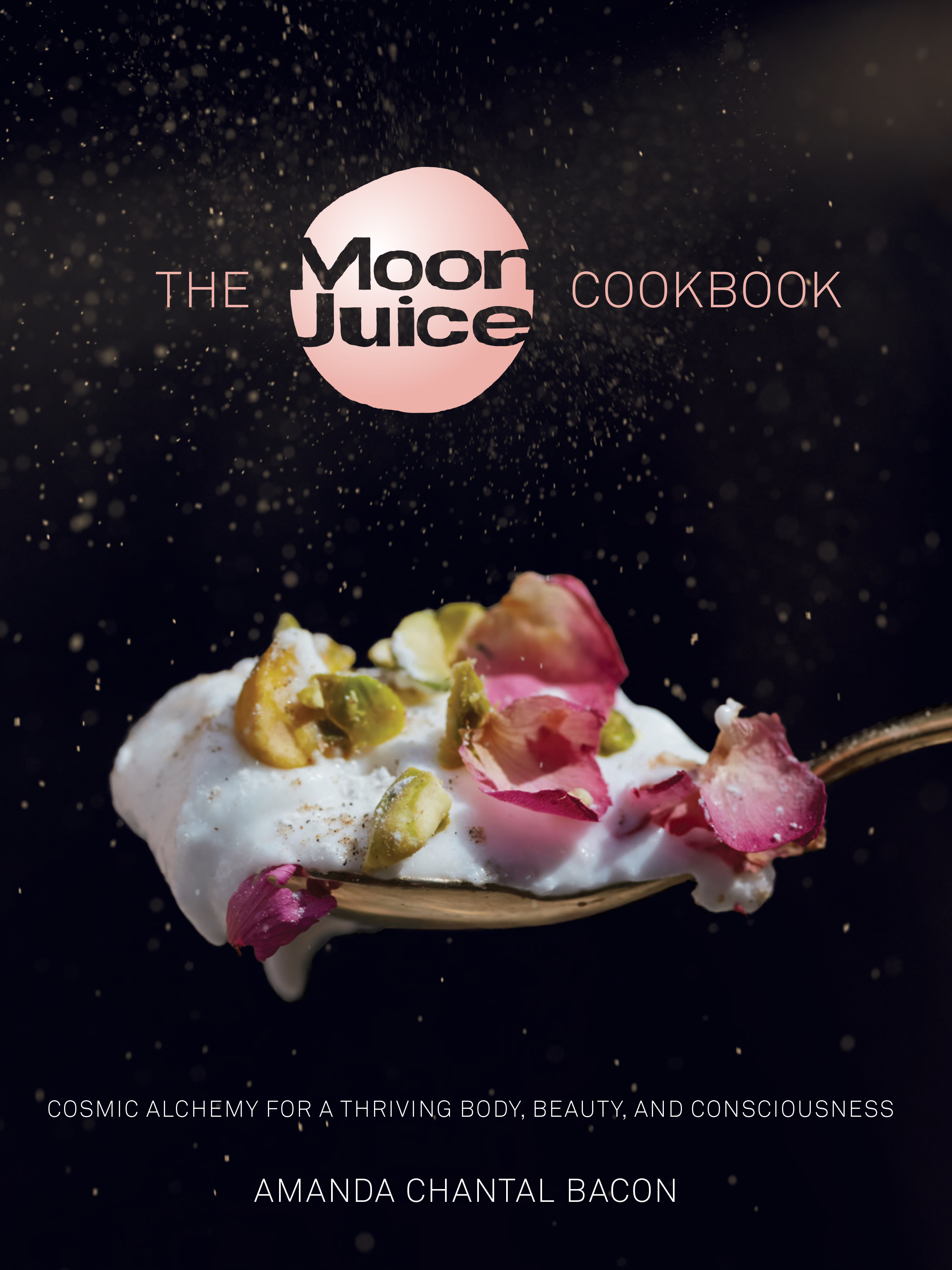