Get a free recipe
Subscribe
A Depression-Era Cake for a 21st Century Queen
By: Allison Robicelli Photos: Yossy Arefi 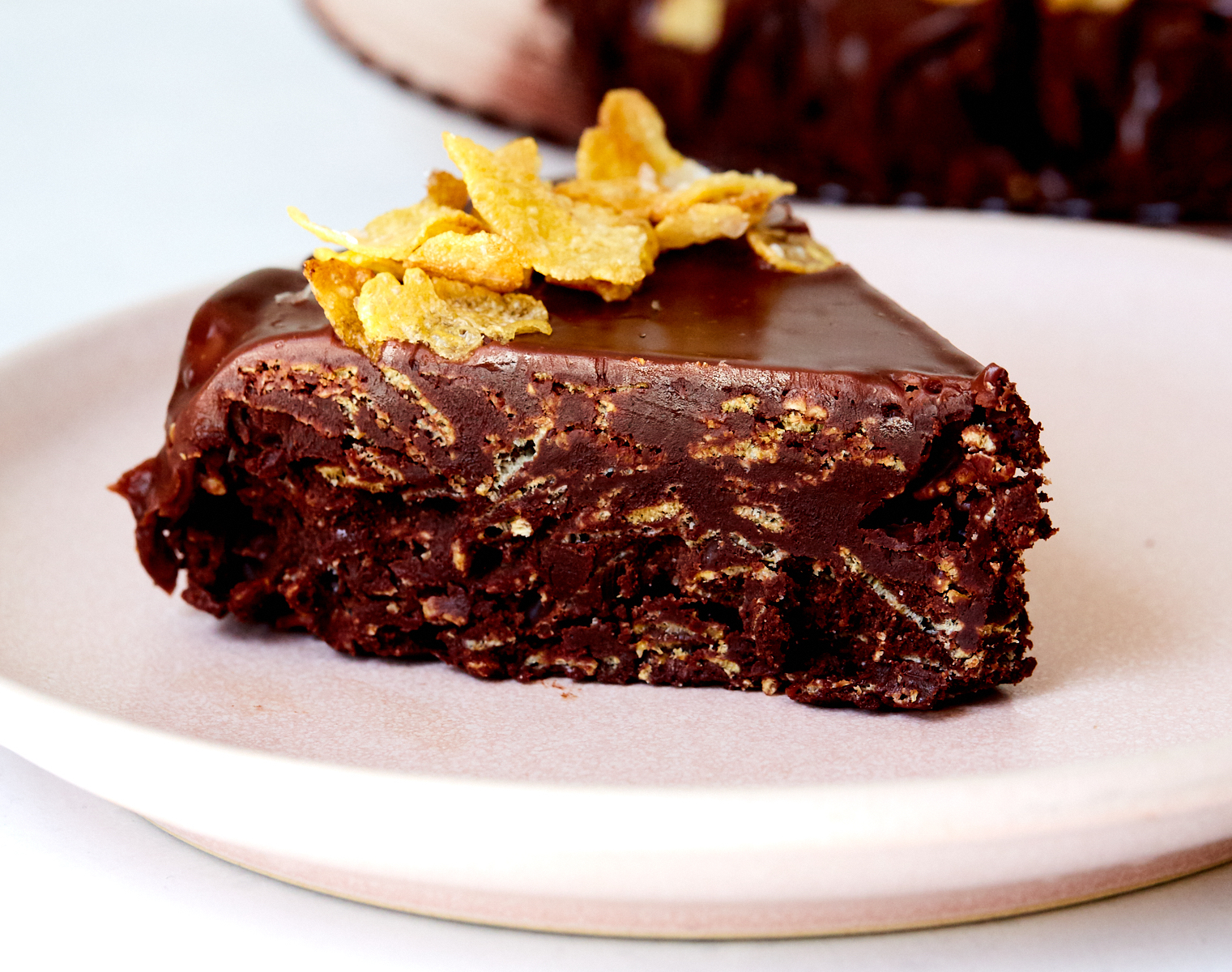 Queen Elizabeth’s favorite dessert is so easy, it doesn’t even involve baking.

A few years ago while watching Netflix period teledrama The Crown, I developed a level of emotional intimacy with the Queen that I had, to that point, shared only with my children and two of my three cats. I know how this woman likes her eggs (boiled), how she likes her meat (well done), how she likes to keep hydrated (gin). Queen Elizabeth’s tastes were shaped by the Great Depression, an even greater war, and years of strict food rationing, and it shows in her favorite dessert: chocolate biscuit cake.

Chocolate biscuit cake is not actually a cake, per se—it’s more of an assembly. The original recipe calls for creaming together sugar and butter, whipping in a raw egg and lots of melted chocolate, stirring in broken-up digestive biscuits (mildly sweet British teatime cookies), and then pouring it all into a cake pan and sticking it in the icebox. The biscuits add heft, the egg provides a bit of moisture, and when the butter and chocolate return to their solid state, they give this dessert its structure.

Once teatime rolls around and it’s time to serve, this hodgepodge will have transformed into something elegant, composed, and slice-able. The roughly broken biscuits soak up a bit of moisture and soften a bit, but not so much that they lose their bite. Each slice is spotted brown and white, like Princess Margaret’s leopard coat—only extra leoparded after she rolled around in the dirt during an epic bender. Some recipes add polish in the form of a rich chocolate ganache drizzled over the whole thing. I decided that my version would need to honor this simplicity, but with some updating for the modern American audience.

My first improvement: Drop the dowdy digestive biscuits from the biscuit cake. I exchanged them for something that would add incredible texture, distinctive flavor, and make me reflect on the true beauty of amber waves of grain: cornflakes. They behave much like they do in a bowl of milk, absorbing some moisture but staying mostly crispy. As for the moisture element, Americans aren’t fond of raw eggs, so I swapped it for some heavy cream.

To show that I meant business, I used not one but two types of chocolate: rich dark chocolate for the cake itself, and creamy milk chocolate for a shiny, luxurious ganache glaze. To elevate it from “weird brown disc sitting on a plate” into an irresistible, fancy-looking cake, I garnished with some more cornflakes, toasted in sweet butter until radiantly golden, tossed with a bit of very fancy salt.

The resulting cake did not last 24 hours in my house, whereas the Queen reportedly takes an entire week to get through Buckingham Palace’s version. Sure, she’s 92 years old, significantly smaller than me, and responsible enough to know that you shouldn’t eat an entire cake by yourself in a single day, but I choose to believe that none of those things are relevant to this situation.