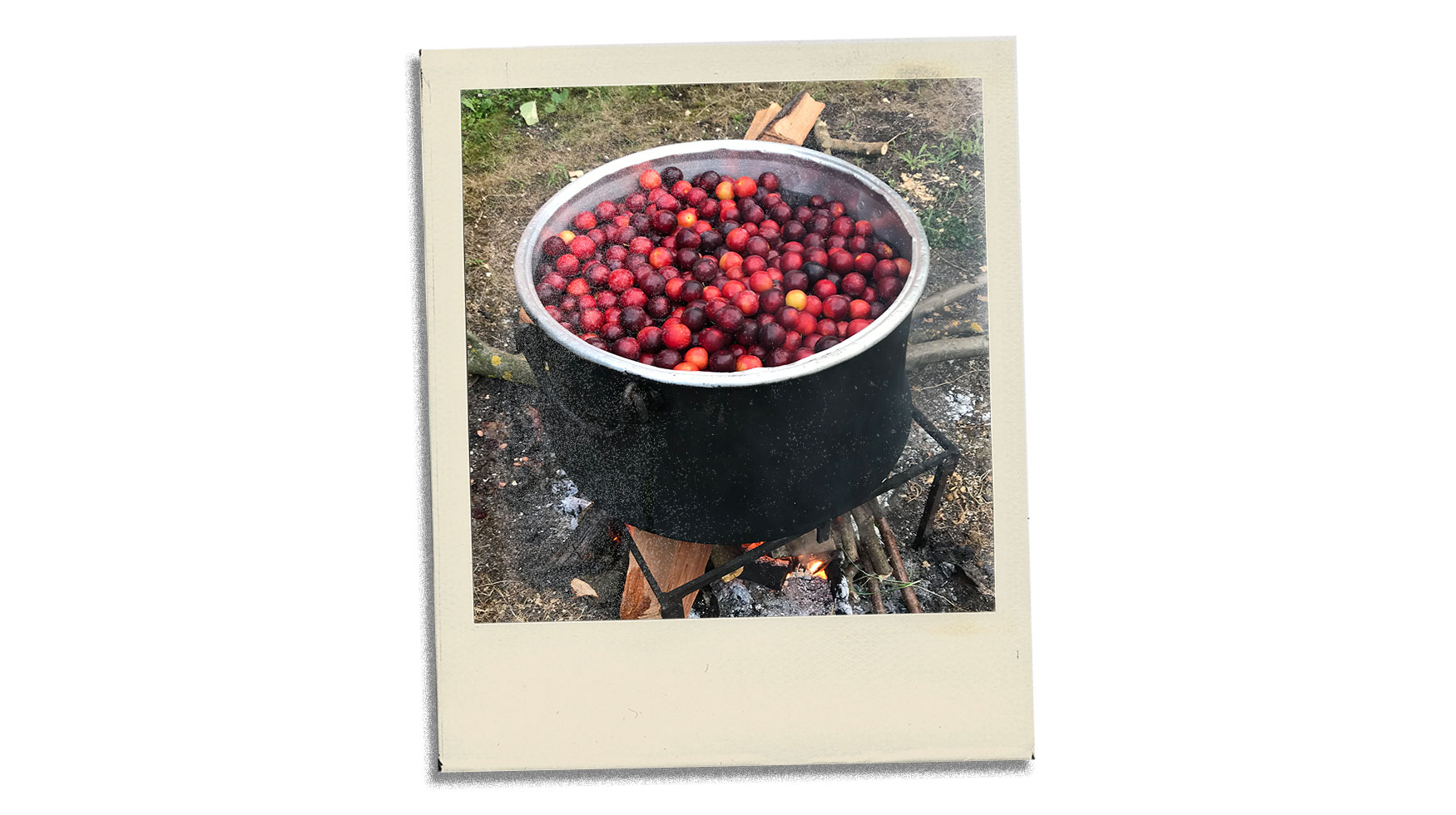 An NYC-based writer relocates to Istanbul with a carry-on suitcase and mantı in her sights.

In mid-March, amid border closures and uncertainty about when, and if, we’d be able to travel again, my partner and I went to Istanbul (his hometown) from Chicago (where he was living and I was visiting him). What was originally planned as a three-week trip has become four months and counting. By the time we left the United States, we knew we were likely to be here for a long time, but we didn’t know how long. In the days and weeks after arriving with just a carry-on suitcase, I asked myself what kind of sane person hops on a plane to a place she’s never been, where she doesn’t speak the language and knows exactly one person, when it feels like society has begun to collapse. But as we formed new routines, like trips to the neighborhood market on Tuesdays and a leisurely Turkish breakfast nearly every morning (cheeses and olives and black tea), I’ve started to question whether I’ll return home at all.

We spent our time quarantining in Arnavutköy, an old neighborhood near the Bosphorus, undertaking cooking projects to wait out the strict government-imposed curfews that prevented us from leaving the house on weekends during April and May—making tagliatelle on the never-before-used pasta machine and attempting a variety of pizza doughs. I was out of sync with my work schedule as an editor at Jacobin magazine and with the dishes that homebound Americans were cooking and sharing seven to ten time zones west of me, but unlike them, I never ran out of yeast or flour. I trained myself to bypass recipes that involved black beans, French cheeses, pork products, and pretty much any Asian ingredients—all nearly impossible to find in the small grocery stores in our neighborhood. I tried not to spend too much time remembering the pork dumplings from Lan Zhou Handmade Noodles on the Bowery, just a five-minute walk from my apartment in Manhattan’s Chinatown.

In the absence of the dumplings and doubles that populate my diet in New York, I’ve gotten a little bit addicted to pastırma (a cured beef, thinly sliced, with garlic paste coating the outside) and kaymak (very fresh clotted cream, extremely good on everything for the three days it lasts). Strawberries have been available since April at the neighborhood produce market, along with ripe tomatoes, piles of eggplant and zucchini, blocks of cocoa-swirled helva, and buckets of green and black olives sold at many price points. There are bins of handmade mantı sold by weight in the freezer section of every grocery store.

This week, we’ve been staying in the village where my partner’s relatives live, about a two-hour train ride from Istanbul. Many people have fruit-bearing trees in their gardens and turn the fruit at this time of year into plum juice, or “komposto.” Prepared by boiling plums in a large pot of water over an open fire, it can be served filtered or cloudy, with sugar added for a sweet, icy treat, or with nothing extra, to preserve its natural tartness. I haven’t yet attempted it myself because I haven’t needed to—the bottles and jars the neighbors have given us allow me to drink a cold glass of jewel-toned plum juice every day. But I should probably think of something to make with all of these plums soon.

Amelia Ayrelan Iuvino writes about culture, art, and politics. She is the deputy editor at Jacobin magazine.