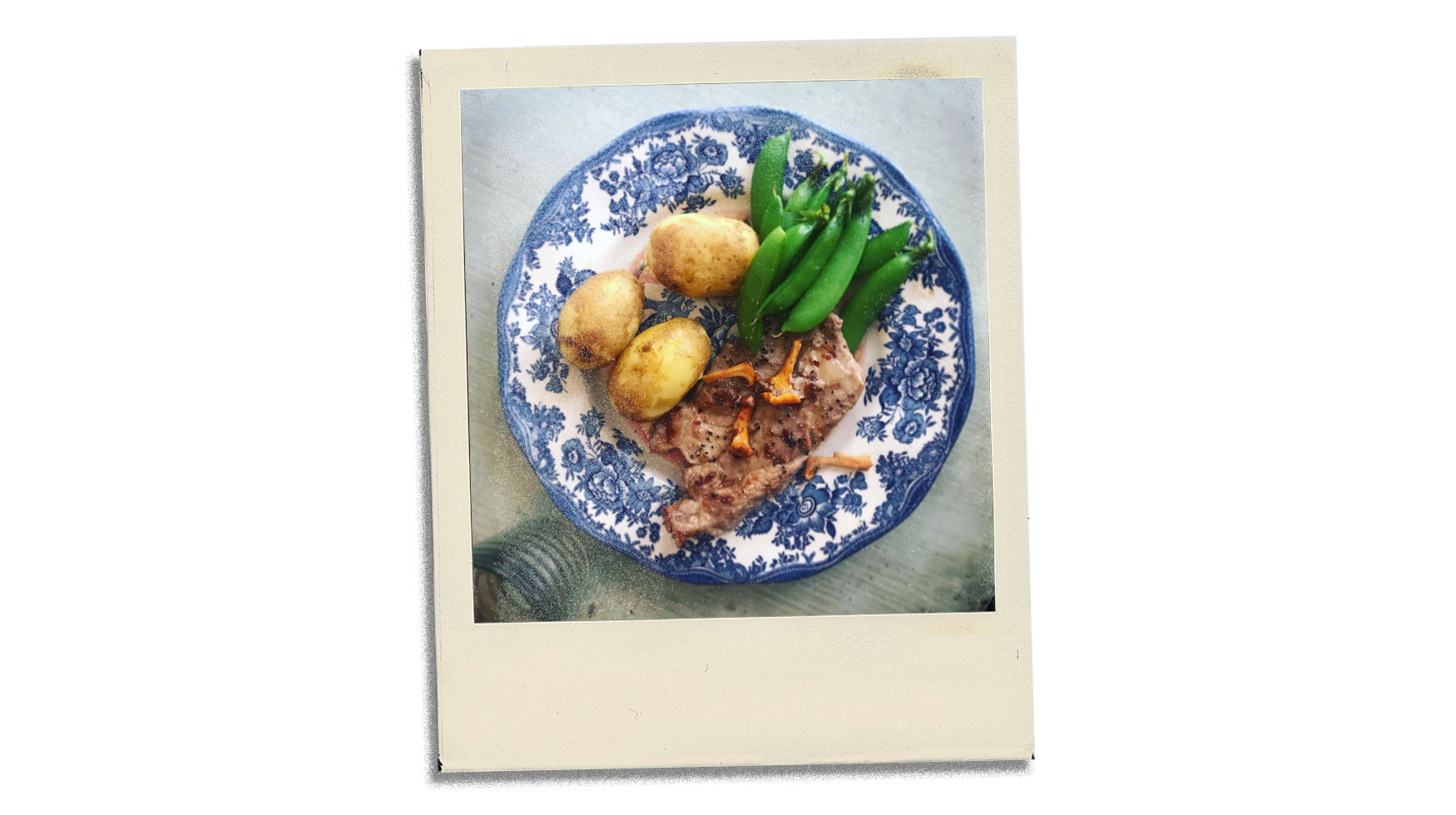 In the forests around Falkenberg, Clarissa Wei is picking porcinis and getting to know her local pig farmers.

We had it all planned out. My husband and I would leave Hong Kong in the early summer, have our wedding ceremony in Sweden, go for an indulgent honeymoon in Italy, and when the temperatures dropped in the fall, settle down in Taiwan. In an alternate reality, we might be sitting on a balcony in Venice, sipping on champagne right now. Instead, we find ourselves lodged firmly in Sweden for the time being, in the midst of an impromptu stint in homesteading.

It was jarring to arrive in Sweden in late June after six months of social distancing and prudent mask-wearing in Hong Kong. Unlike in Hong Kong and many places in the world, restaurants in Sweden have remained wide open, and stores are always packed. Our first week in the city of Malmö, we went to an oyster bar, a fisherman’s lunch stall for warm smoked salmon, a wine bar or two, and then we started to get nervous. The virus is here, of course—Sweden’s per capita COVID-19 death rate is among the highest in the world.

And so we decided to spend most of our summer at my husband’s family’s country cottage in the forest around Falkenberg in southern Sweden, surrounded by trees and fields on all four sides. His dad planted potatoes earlier this year in the garden, and we’ve been working our way through them. Fresh potatoes are more tender; they don’t have that chalky mouthfeel typical of overgrown, commercial varieties, and they cut through like butter. They take exactly half an hour to boil, which is just enough time to cook two pork chops from the neighboring pig farm. We have tubs of locally churned vanilla ice cream in our freezer that we dress with wild raspberries, strawberries, and bilberries plucked fresh from the adjacent forest. My husband makes jams or jellies with the excess. The wild mushrooms are also starting to poke out; we’ve had a couple of golden chanterelles gently sautéed in butter. My husband says the porcinis are due soon; he has his secret spots that he’ll take me to.

Fresh potatoes are more tender; they don’t have that chalky mouthfeel typical of overgrown, commercial varieties, and they cut through like butter.

I was looking forward to farmers’ markets full of bright summer squashes and heirloom tomatoes, which I have been long deprived of while living in Asia. But with farmers’ markets closed down, I’m compensating by taking advantage of the abundance of edible wild plants on the property. Ground elder, named for its elderflower-like foliage, has bright compound leaves that taste like a cross between parsley and spinach. It is great as a stir-fry with some lemon. I find that young stinging nettle shoots are reminiscent of seaweed, so I like them in chicken broth with a bit of cream. Bright white clusters of yarrow and yellow St. John’s wort flowers grow along the road, and we’ve picked bouquets of them for tea. My favorite has been the elderberry flowers. We’ve made soda with them—just add sugar and water and time, and they ferment into a sweet and floral elixir.

Nothing has gone as planned this year. We did not have our four-course wedding banquet, nor is Italian pizza and tomato sauce coursing through our veins. But we have breakfasts of home-baked bread with homemade strawberry jam, salads made with homegrown lettuce, and desserts of ice cream with raspberries that we’ve picked with our own two hands. The apples and pears are starting to ripen on the trees, and I already have a list of pies and tarts I want to make with them. This summer is not quite what we had in mind for a honeymoon, but it’s been indulgent in its own way.