Get a free recipe
Subscribe
How Do Pop Rocks Pop?
By: Max Falkowitz 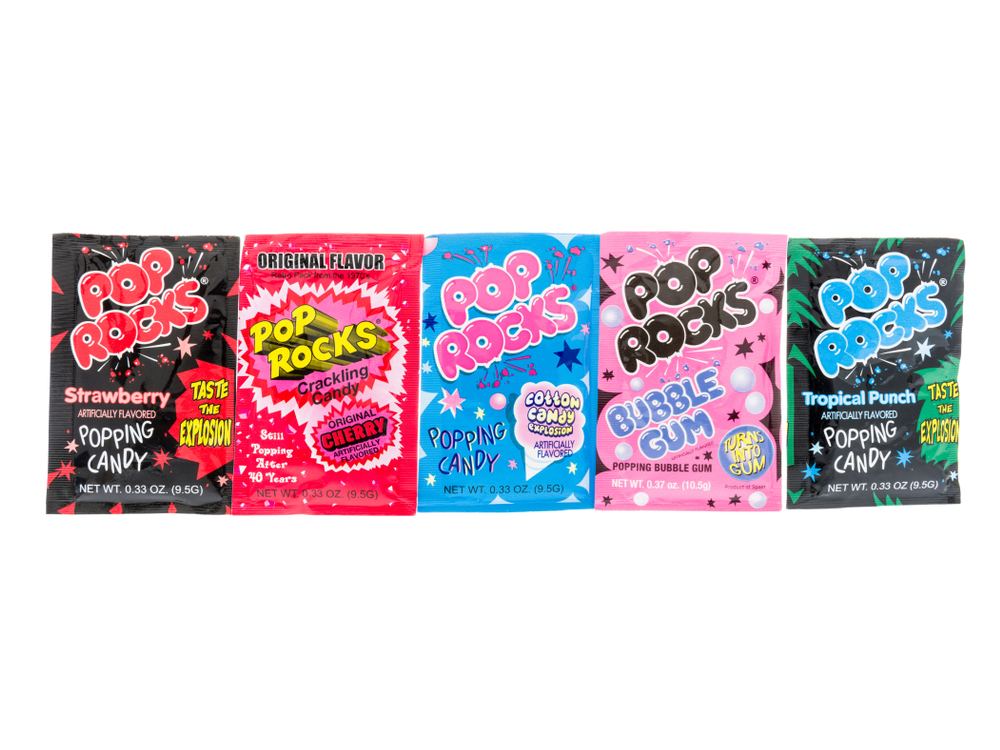 The science behind our favorite fizzy candy.

A spoonful of fizzy Pop Rocks is an instant party in your mouth, and the science behind their magical crackles is similar to another party icon: cola. Pop Rocks are a hard candy made of molten sugar and flavoring, but unlike other hard candies, like lollipops, which are poured into molds and left to harden, Pop Rock syrup is injected with high-pressure carbon dioxide, which forms into tiny bubbles inside the candy. The syrup is then hardened and broken into rocks, and when the candy dissolves on your tongue, the bubbles burst as the pressure inside equalizes, causing a little pop.