Get a free recipe
Subscribe
Is Pink Pepper Really Pepper?
By: Max Falkowitz 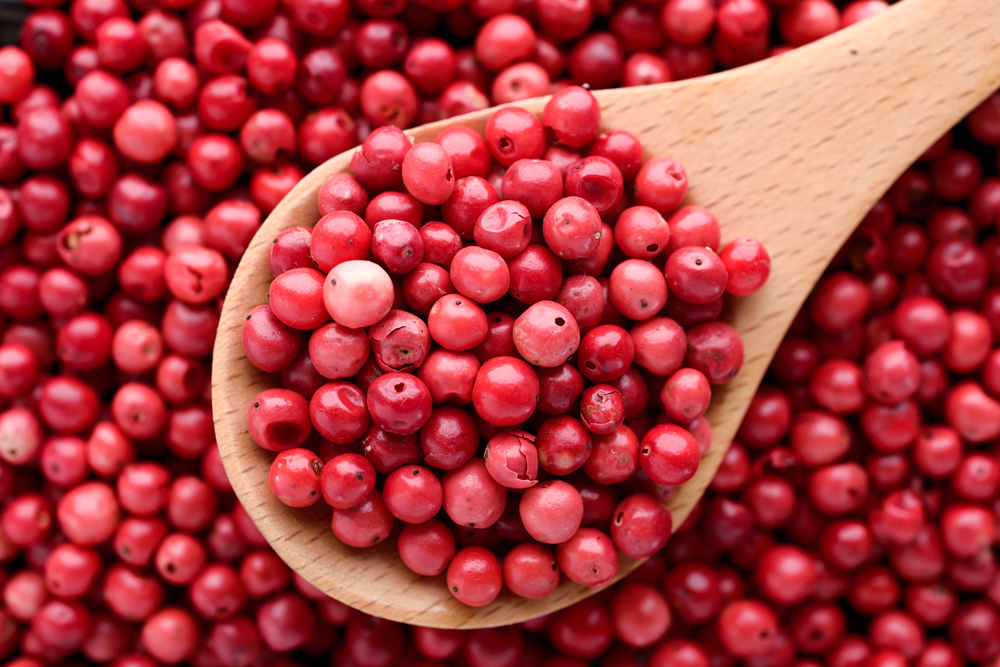 On the fuzzy logic of our pepper lingo.

Delicate, floral, and pretty in pink, pink pepper is the beauty pageant winner of the peppercorn family. They have a fresh berry flavor and their husks add a shock of color to white-colored foods like cauliflower and cod. But it’d really be more accurate to call them friends of the pepper family than bona fide members. They aren’t even from the same continent. Piper nigrum, the pepper tree, hails from South India; Schinus molle, or pink pepper, is from Peru, and is actually closer related to cashews than to black pepper. Sichuan peppercorns are also a false cousin, as the Chinese spice is from the citrus family. And allspice, or pimento as it was once commonly called, was once mislabeled as a kind of peppercorn.

So what gives? Well, back in the age of naval exploration, English people referred to all sorts of small, hard, edible bits as ‘corns,’ including salt (hence: corned beef). Black pepper thus became the peppercorn, and since no one could agree for centuries on what actually constituted pepper (hence: why we call chiles ‘peppers’), the name stuck.