The peanut butter and jelly sandwich is so deeply tied to our sense of nostalgia that we almost take it for granted. It is one of the only foods a child can make for themselves without screwing it up too badly, and the minimal labor involved makes it a repertoire staple of parents who just can’t even. This is a marriage of flavors that sticks to our soul like Skippy to the roof of our mouths. We’ll never be able to let it go, no matter how boring we become with age—slathering pieces of farmers’ market wheat with fresh ground peanut butter and $20 boysenberry preserves, sprinkling its open face with some chia seeds and calling it “toast.”

An admission: It’s hard writing about something as simple and ubiquitous as a peanut butter and jelly sandwich. There doesn’t appear to be much to say: Get some bread, slap some peanut butter and jelly on it, done. We can argue about peanut butter ratios, debate the nuances of different breads, make Supreme Court–worthy arguments for our jelly of choice. You can gild the lily by removing the crusts, and perhaps even cut it into little triangles—because it’s been scientifically proven that sandwiches taste better in triangle shape (never rectangles, that’s for heathens!). But in the end, no variation is that different from the next.

We grow up and we think about the sandwich less and less, though not because it doesn’t taste good anymore (no one, and I mean no one, could ever flat-out reject a peanut butter and jelly on wholesome American white bread!). You just don’t eat them as often because your relationship with the kitchen is different now. You’re allowed to cook and eat whatever you want. But if you’re looking for an adult way to upgrade a PB&J without making people want to punch you in the face, may I suggest the peanut butter and jelly pie?

There’s no need to bother with a fussy, hand-rolled pie crust, because the perfection that is the PB&J has already dictated that you need to be using white bread or else GTFO. Since saltines are more or less the white bread of crackers, a crumb crust made from saltines does the trick nicely. Give in to your urges and buy the bad-for-you peanut butter you ate when you were a kid, because you’re making a damn pie and this is neither the time nor place for that all-natural hippy claptrap. As for the jelly (or jam)—any kind will work, so listen to your heart (though I’m pretty sure grape is the right choice, and the Supreme Court will back me up on that.) 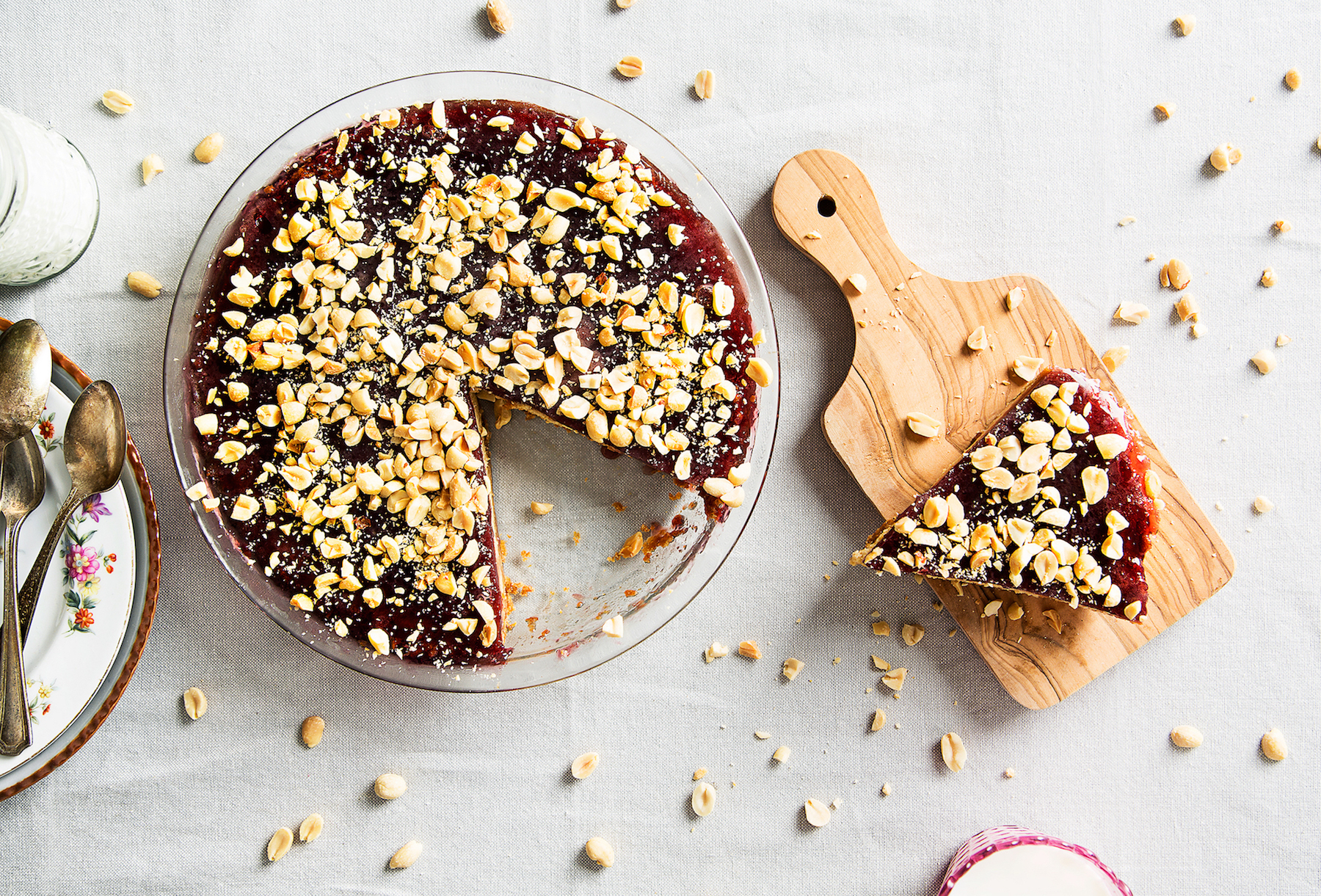 The combination of peanut butter and jelly has always been the gold standard when it comes to the contrast between sweet and salty; in pie form it gets even more exciting. Saltines make for a surprisingly crisp crust that’s not too sweet, leaving that job to the très fancy grape jelly “gelée.” The peanut butter is lightened into a creamy custard, and a few roast peanuts scattered across the top satiate those who identify as Team Crunchy. Serve, naturally, with a tall glass of ice-cold milk.