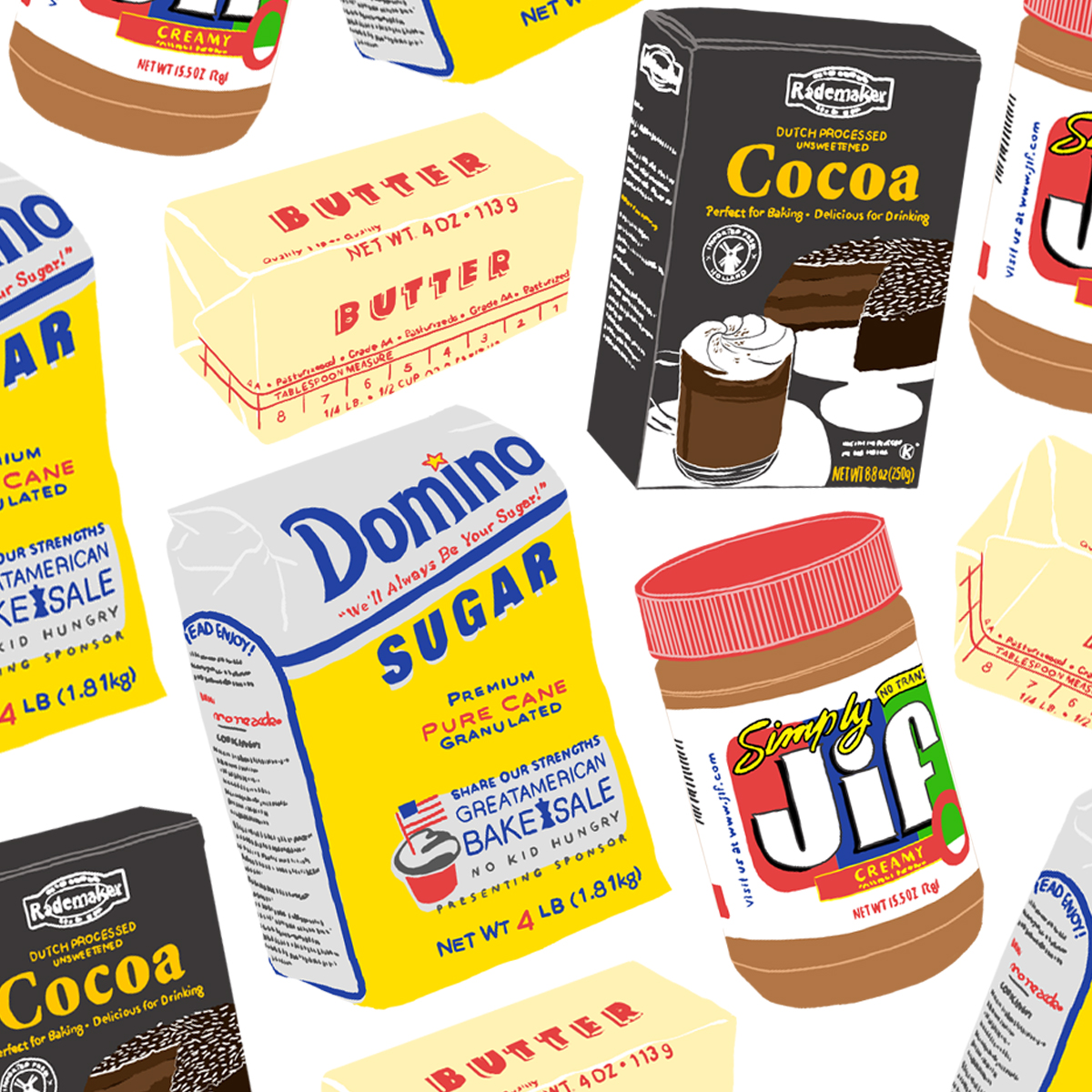 For kids learning to cook for themselves, a mistake is sometimes the secret ingredient.

I come home to the smell of burning. It’s a specific charred scent, one with animal fat at the center and peppery spice on the edge. It’s the smell of blackened salami.

I find my son, newly lanky at 13, standing at the gas stove in his pajama pants, shirtless, wielding tongs over a smoking frying pan. On his left is a pile of salami, the kind we stock for school lunch sandwiches. On his right is a plate of that same salami, crisped to a sooty black frizzle. This is his latest cooking obsession, and if left to his own devices he’ll cook all the salami we have and then go hide in his room and eat a giant pile of it. Just a mound of fried, charred, near-incinerated luncheon meat.

Is he meaning to burn it? Is there maybe something healthier he could be eating? Is he messing up my frying pan? I hover in the doorway, struggling with my impulse to intervene.

My son grew up cooking. As the child of a chef (my husband) and a restaurant critic (me), he was born into a family that places food at the very center of our lives, both personally and professionally. He owns a miniature white chef coat—now far too small for him—with his name embroidered on the breast, and we have photos of him as a little kid cranking pasta dough through a machine into long strips of pappardelle. He went through a crepe phase when he was about eight, rising some mornings to make us wonky thin French flapjacks for breakfast before we got out of bed. He has his own crepe pan and his own utilitarian but professional chef knife.

I realize that perhaps the most important ingredient in the evolution of my cooking life was the luxury of being left alone.

But this, the fried salami phase? This is different. In the past, cooking was guided by me and my husband, and very much geared toward eating communally. The salami-frying and other food he’s been making recently (highly experimental milkshakes; packaged ramen with every condiment in the house added) is purely for himself. It’s sloppy and nonsensical and often slightly disgusting. My gut reaction is to question it, manage it, try to turn it into something that makes sense. I assume this urge to intervene is even more true for me and my husband than it might be for parents who are not food professionals. But I’m also reminded of my own teenage experiments, and I realize that perhaps the most important ingredient in the evolution of my cooking life was the luxury of being left alone.

“It can be very hard for kids of those of us who cook a lot to learn how to cook themselves,” Nigella Lawson tells me. “Ostensibly, they have many advantages. They’ve grown up around cooking and are more likely to have a receptive palate. But the hard thing can be for us to leave them alone.”

New York Times restaurant critic Pete Wells wrote a column for a couple of years called Cooking With Dexter—a monthly dispatch detailing the ups and downs of cooking with his young son. Wells admits that Dexter’s cooking style didn’t always match his own. “I wanted to be teaching him the building blocks of cooking,” he tells me. “And a lot of what he wanted to do was more like, ‘What would these things taste like together? What happens if you put this in the oven?’ We had some friction over it because we were doing this for real meals. It wasn’t like, let’s go pretend to cook for Daddy’s column. Usually someone was hungry and we were using real ingredients, and if it got screwed up we wouldn’t eat.”

“It’s so hard not to interfere,” Lawson says, talking about the cooking lives of her own teenage children. “I always start full of good intentions, but then I hear myself say, ‘Don’t you think you need a bigger pan for all that pasta?’ or ‘Don’t you think the heat should be lower under that skillet?’ and I really hate myself for it.” Lawson is someone who advocates strongly for people to make recipes their own, to relax in the kitchen, but she struggles to let go in her own home, even though she knows it’s the right thing to do. “Most people who can’t cook are really just people who are frightened of making mistakes, and so the best thing we can do is let our kids make mistakes.”

The point certainly rings true in my own family. I am the oldest of my mother’s four children, and amongst us four there is an interesting divide when it comes to cooking. My brother and I are both natural, relaxed cooks, while my two sisters are not. That’s not to say they are bad cooks—in many ways these days I’d say my sister Grace is a better cook than I am, or at least a better baker—just that they’re anxious cooks. They’re afraid of doing it wrong. They get easily flustered. They lack confidence.

My brother and I are both the type of cook who will go into a kitchen, be it our own or someone else’s, poke through the cupboards, and come up with a meal. The hope is of course that the meal will be delicious, but sometimes it isn’t that great, and it doesn’t bother me that much. Sometimes the chicken is dry; sometimes the pie is too sweet. Not every meal you cook is going to be incredible. My sisters are unable to see cooking this way. Failure in the kitchen is terrifying to them, so much so that it’s prevented both of them from doing much cooking at all until well into adulthood.

My brother made these insane sandwiches, with every single thing he could find in the fridge piled on top of bread. I made Peanut Butter Beautiful.

When my son entered his salami-burning phase, it got me thinking about the differences between me and my siblings, and where our cooking lives had split. All of us grew up baking with my mother, watching her in the kitchen, helping to make rice or these big hippie salads to go along with our nightly home-cooked meals. But where our cooking lives diverged was at that early teenage stage, when both my brother and I began to go into the kitchen and make things that were utterly nonsensical and intended for us and us alone, food that was conceived only to satisfy personal desires. My brother made these insane sandwiches, with every single thing he could find in the fridge piled on top of bread. I made Peanut Butter Beautiful.

Peanut Butter Beautiful was actually the invention of me and my friend Sal, who lived around the corner from me in Melbourne, Australia. We rode the tram home from school together and would arrive in her kitchen, ravenous in the way only teenage kids can be ravenous. One day we melted some butter in a saucepan, then dumped in a bunch of cocoa and sugar to form a thick chocolate paste. We added a couple of huge spoonfuls of peanut butter, maybe because I was obsessed with Reese’s Peanut Butter Cups, which they didn’t have in Australia, but for which I had gained a taste during time spent in the U.S.

The result of our experiment was Peanut Butter Beautiful, a hot fudgy glop that we’d eat with a spoon from coffee mugs, or sometimes just straight out of the saucepan. It became our after-school ritual, much to the (100 percent justified) horror of our parents. Sometimes we burned it and had to throw it away. Sometimes we altered it in ways that made it inedible.

Wells says he wishes he’d had more patience for that kind of experimentation when he was teaching his son to cook. “One thing I didn’t really understand was how important it was to allow him some autonomy, so he could satisfy his own curiosity, even if it was going to end up wasting ingredients.”

There’s something so distinctly adolescent about my son’s latest style of cooking, in its disregard for logic, its focus on satisfying base cravings, and its self-centeredness. But as I watch my lanky boy fry piles of salami (and beg him to put on a shirt to avoid the obvious danger of the fat-spitting fry pan), I realize that it’s a stage of development in a life of cooking that results in adult cooks who are more relaxed and who view cooking as a means of self-love as well as a way to feed and impress others. When it comes down to it, I’d rather he have those things than the ability to make pasta from scratch. Because if he has those things, he’s more likely to want to learn to make pasta from scratch at some point down the line.

“Children can be so easily crushed,” Lawson says. “Even suggesting that they could be doing something differently can drain away all the pleasure from cooking. We have to let them watch water bubble up all over the stove.”

It may sound like a euphemism for another kind of self-love, but I mean it completely innocently: We have to let them burn the salami.