Get a free recipe
Subscribe
Pastrami Everything
By: Amy Sherman 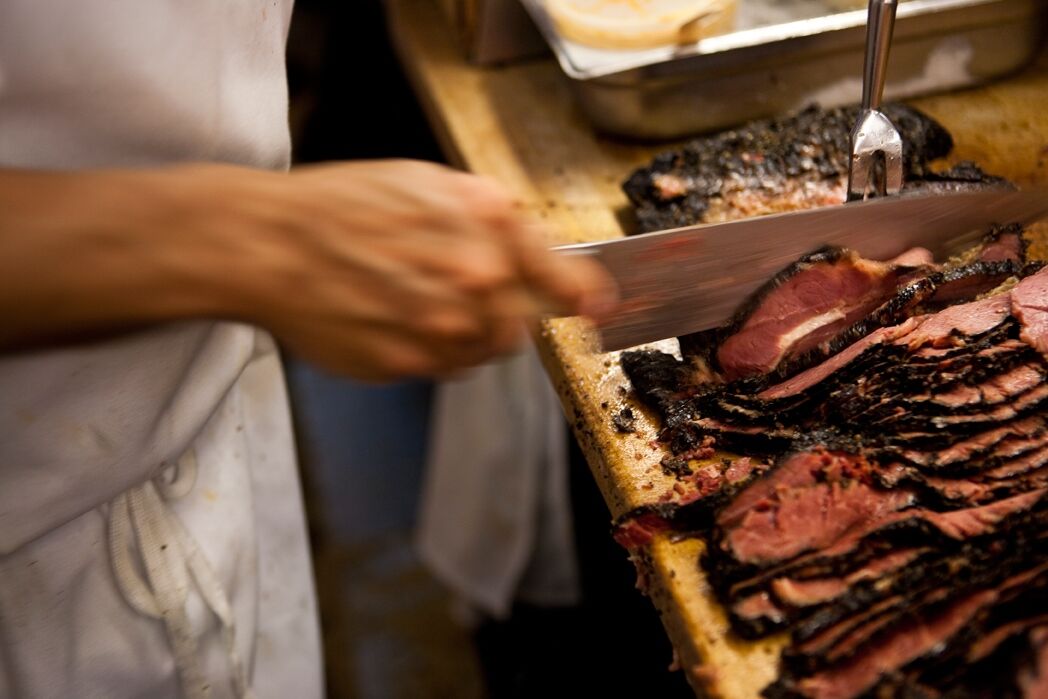 When we think of pastrami, we tend to think of the cured beef you might find on a sandwich from Katz’s in NYC. But chefs are starting to use that same curing technique on lamb, fish, and even vegetables.

It’s not entirely wrong to think of pastrami as American. The classic New York deli meat made from cured, smoked, and spiced beef was an innovation of Romanian immigrants who came to the United States in the late 19th century. But pastrami, and its peppery spice blend, has a history that goes beyond beef and further back in time than the 19th century.

According to The Artisan Jewish Deli at Home, pastrami originates from the jerky-like pastirma, developed by the Ottoman Turks, who dried and salt-cured meat (often beef, goat, or mutton) as a way to preserve it, then rubbed it with spices. The recipe migrated to Eastern Europe along the spice route and became a mainstay in Romania, where it was adapted and goose became the preferred meat. Romanian immigrants settling in New York switched from using goose to the cheap and easily found beef brisket, in particular the navel cut, to save money. Due to the advent of refrigeration, Romanian immigrants were able to use a weaker salt brine and develop a softer form of pastrami. No one knows for sure how the name ended up transitioning from the Romanian pastramă to pastrami, but one theory is that it’s because it rhymed with “salami” and was sold in the same delicatessens. Pastirma for sale in Istanbul

The distinctive flavors of pastrami are smoke, spicy black pepper, and the sweet citrus tang of coriander. The original process involved placing meat in saddle bags, where it was pressed by the riders’ legs as they rode. The current version in Turkey is made by rubbing beef in salt to cure it, drying it in the open air for several days, and covering it in a thick spice rub.

As the recipe migrated from country to country, the recipe evolved to include other steps that enhanced preservation. The deli-style beef pastrami we know is made by brining beef in a mixture of salt, sugar, and spices for up to a week, then it is often seasoned with a dry spice rub and allowed to dry for several days before being smoked over the course of several hours. The curing, drying, smoking, and even spicing were once crucial for preservation, but now the techniques, as well as the spices, are all in service of flavor. Katz’s, in New York, has been serving pastrami alongside salami since 1888

A handful of American chefs are starting to think of pastrami less as a static, classic deli menu item and more as a technique to experiment with. Matt Greco, chef and owner of Salt Craft in Pleasanton, California, has been making pastrami from different cuts of lamb for the past 10 years. He started using lamb while working at Char No. 4, a Brooklyn bourbon bar with a Southern-inspired meat-centric menu.

“Early in my career I was looking into making everything from scratch,” says Greco, who serves a thinly sliced roast lamb pastrami that’s spiced with mustard powder, dill seed, celery seed, coriander, chiles, and fennel. “I wanted to do something different, so I tried brining it, and that led to taking a new approach to something classic—pastrami.”

Another evolution of pastrami is its use with seafood, and in particular salmon—a protein that responds well to both curing and smoking. Parke Ulrich, executive chef and owner at Waterbar in San Francisco, began making pastrami salmon five years ago. “The salmon needed something more to cut that fat—vinaigrette or watercress wasn’t enough,” says Ulrich. “If it was just smoked, it would be too overwhelming. The bold pastrami spices match the richness of the fish.” The lamb pastrami at Salt Craft

Ulrich’s salmon pastrami takes at least three days to prepare. The salmon starts with a brown sugar, cayenne, and kosher salt cure, then it is rinsed off and air-cured for a day to form an outer layer or pellicle, then rubbed with molasses and coated with a spice mix, then it rests for a day before it is cold-smoked. In addition to black pepper and coriander, Ulrich changes up the spices depending on the final presentation of the dish—sometimes including caraway or fennel seeds.

Prior to the opening of Solomon’s Delicatessen in Davis, California, executive chef Aimal Formoli traveled to Los Angeles and NYC to Jewish-style delis on a quest to learn about corned beef and pastrami. Looking for something vegetarian to add to the deli menu, he settled on beets, roasted with orange juice and garlic and then dusted with a spice mix of chile powder, black salt, coriander, mustard seeds, juniper berry, clove, and fresh dill.

Formoli, who wasn’t familiar with pastrami until recently, doesn’t think the technique’s potential should be limited to beef sandwiches. “It’s fantastic as a spice rub on chicken wings, and I even sprinkled it on fresh mangoes and yogurt recently.”

Amy Sherman is a San Francisco–based writer, recipe developer and publisher of the food blog Cooking with Amy. She has written for publications including Afar, Epicurious, Food Network, Gastronomica and Tasting Table,. She also develops recipes for clients and is the author of Williams-Sonoma New Flavors for Appetizers, WinePassport: Portugal and A Microwave, A Mug, A Meal.