Get a free recipe
Subscribe
What Is Pancake Syrup Made Of?
By: Max Falkowitz 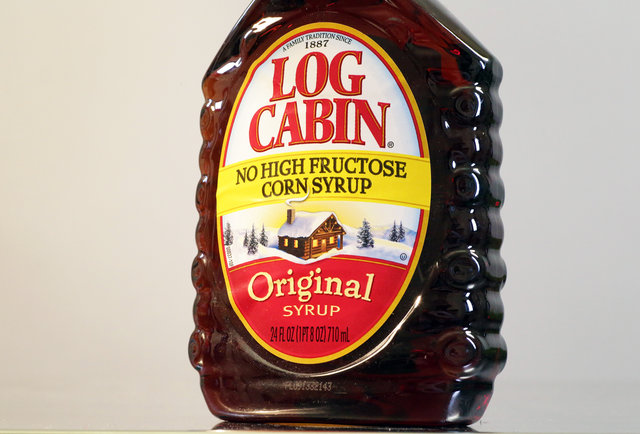 How a sweetener with zero maple flavoring winds up tasting like maple syrup.

One crisp morning in the fall of 2005, dozens of New Yorkers dialed city services with a curious concern: The air smelled really good. Too good, like pancakes and maple syrup. Some people rejoiced, while others called the cops. The phenomenon hit a few more days that year, and again through 2009, when the origin of the mystery odor was finally solved: a perfume factory in New Jersey that regularly processed fenugreek, a South Asian spice used in fragrances and chemical flavorings—including pancake syrup. Sniff them blind and fenugreek seeds do indeed release a telltale whiff of Aunt Jemima, a condiment made of corn syrup, caramel coloring, and thickeners like sodium hexametaphosphate.

That’s a far cry from real maple syrup, which is made from freshly tapped maple sap boiled down to 1/40th of its original volume into a concentrated solution with a thinner body than pancake syrup but richer flavor. Americans certainly taste the difference, though the country’s preferred pancake topper may surprise you. In 2015, The Washington Post ran a survey asking Americans which of the two syrups they prefer. “Fake” pancake syrup won by a landslide.

Also read: The Aebleskiver of Solvang