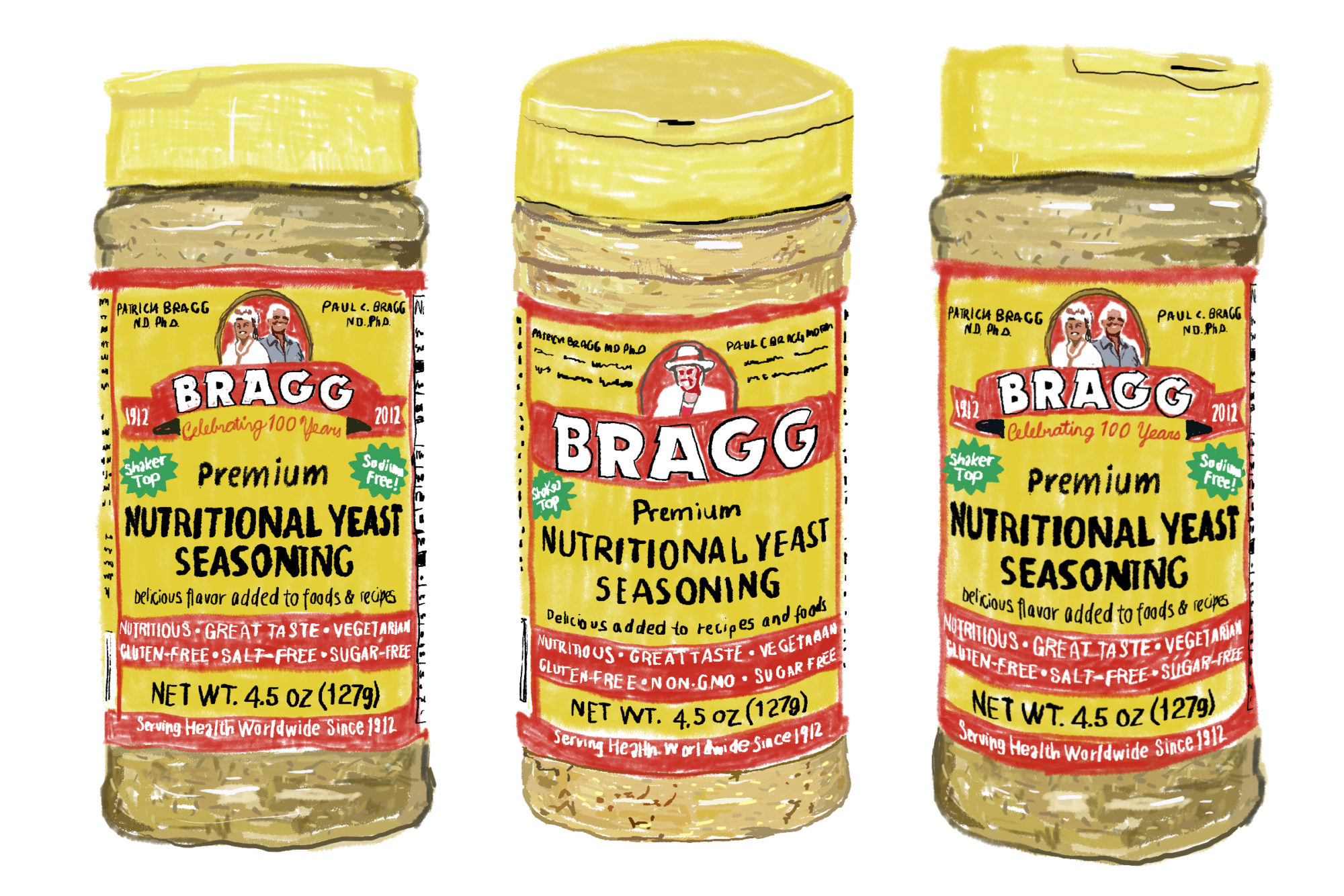 Though it’s long been considered as hippie as a macramé tapestry—and often maligned—there’s now a growing sense that nutritional yeast is, basically, the best.

Jeff was the first vegan I knew, and also the first vegan who cooked for me. A wayward child of Alabama, he had spent many hours perfecting his recipe for dairy-free biscuits, and one night, cigarette in one hand, glass of red wine in the other—he was that kind of vegan—he stood in his Brooklyn kitchen and announced he would be making similarly veganized gravy to accompany his biscuits.

I had no idea how to make gravy, let alone a gravy devoid of animal drippings, so when Jeff produced a plastic quart container of yellow flakes, I felt no particular judgment. But when he told me what the yellow flakes were, I judged. While “yeast” on its own is inoffensive, “nutritional yeast” is something of a one-two punch: One hand delivers images of future-dystopian sustenance, while the other brings tidings of enervated Nixon-era hippies.

As I watched Jeff stir the stuff into a saucepan, I was unconvinced. As I ate the finished product, I remained unconvinced; it wasn’t bad, but it wasn’t gravy. And nutritional yeast wasn’t really yeast. Or maybe it was? It was so unclear. Like the gravy, it seemed to exist suspended in a world of its own making, one where labels served only to further confuse things. So I labeled it as a food I was in no hurry to eat again and didn’t, until several years later.

I don’t remember what changed my mind, or exactly when, though it may have had to do with homemade popcorn or kale chips or simply boredom, but I can say that I had an awakening, or as much of an awakening as one can have in the Whole Foods bulk department. Where I had previously seen only ersatz gravy, I now saw possibilities. I started putting nutritional yeast on and into everything: oatmeal, roast vegetables, salad dressing, popcorn, eggs, soup. It was the versatile seasoning—the umami—I didn’t even know I’d been searching for. And I could finally explain what nutritional yeast is: a nutrient-rich inactive yeast often fortified with vitamin B12, which is one reason it appeals to vegans, who lack natural food sources of the vitamin. When I first started using nutritional yeast, it was a somewhat strange dance. Even by the standards of the bulk section, shoveling flakes of deactivated yeast into a BioBag makes a statement of sorts, one that puts you in the center of the Venn diagram of Health Weirdos and People Who Have Built Their Own Compostable Toilets. But like so many other denizens of the natural foods store (to say nothing of vegans themselves), nutritional yeast has made incursions into the mainstream: Enough stylish chefs have started using it that even Vogue was moved to acknowledge its existence, while Bon Appétit seems to write about it every couple of years or so. Last year, it even showed up at an exceedingly fashionable San Francisco champagne bar as a topping for the bar’s free popcorn.

It’s vindicating in a way, but at the same time, this is a food that has never asked for mainstream approval-slash-appropriation (though does any food, really, save for those creations conceived in the bed shared by capitalism and Instagram?). There’s something reassuring about the stubborn homeliness of nutritional yeast—even if you call it “nooch,” which sounds like the name of a pug, it will continue to retain the appearance of sawdust and the aura of a commune’s kitchen. And more importantly, it will, in the manner of most wallflowers, continue to surprise you simply by being itself.