Get a free recipe
Subscribe
When the Next Big Thing in Food Isn’t Actually Next
By: Ruby Tandoh 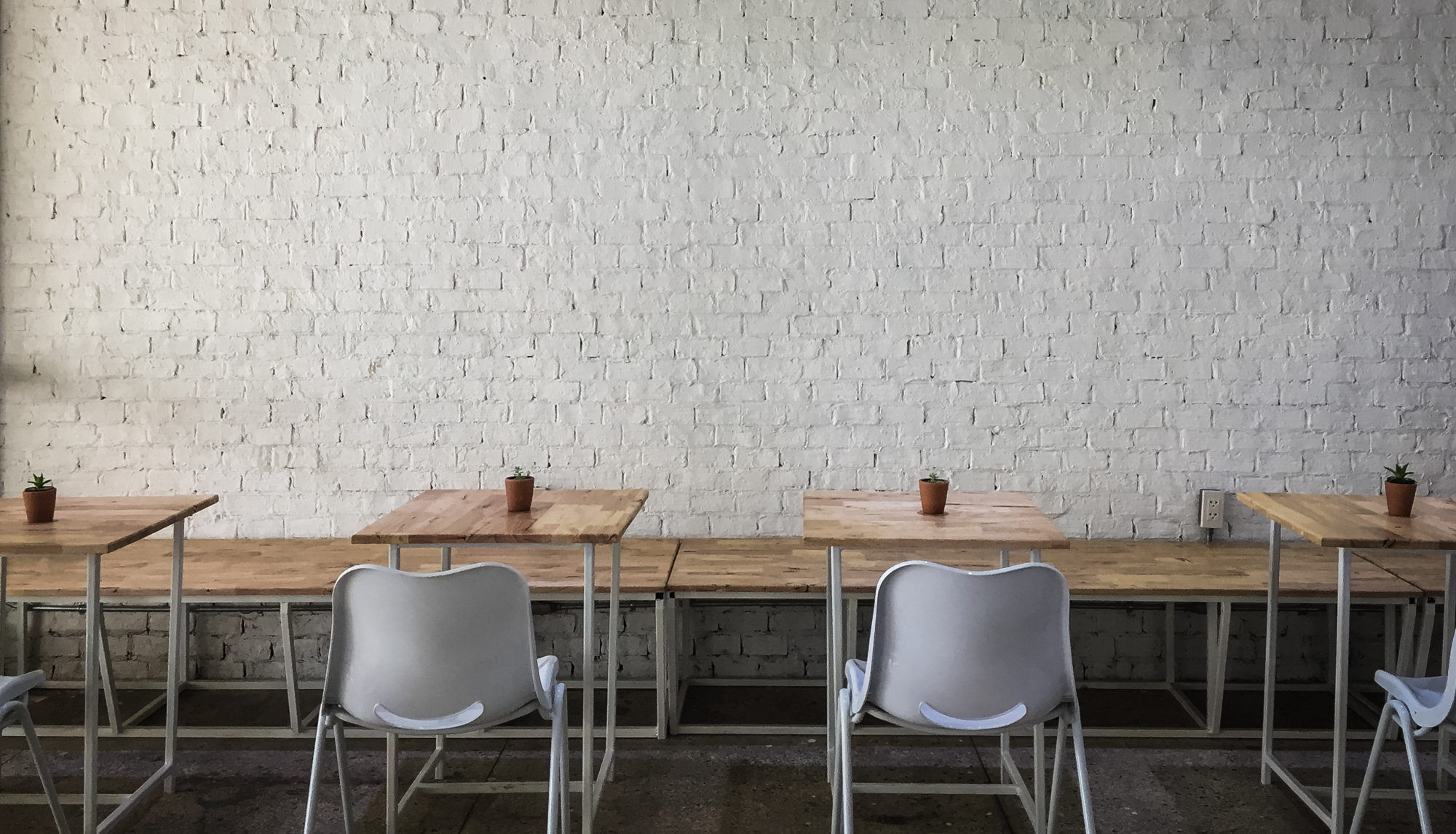 Success can be a double-edged sword for the chefs and shepherds of marginalized cuisines, with media adoration and cookbook deals leading to unneeded compromises and ultimate failure.

The black-eyed pea fritters, called akara, were hot, nutty, and perfectly light. There were bowls of terra-cotta-colored groundnut soup—a rich pot in which peanut butter meets the aromatic heat of Scotch bonnet peppers. Hearty slabs of fish were fried on the bone and served with crisp, sliced fennel and cucumber. Slices of mango scattered with gleaming pomegranate seeds brought the meal to a close. It was nothing like the food that my Ghanaian grandfather used to eat: roast chicken and potatoes, the anglicized diet of a man who arrived here in England when Ghana was still a British colony. The spread placed before me was African food, a term so big, but also so frustratingly vague, as to be almost meaningless. But still, it was meaningful to me.

That winter, The Groundnut sold out every supper club they held in London. Where African food had once been invisible to most Brits (The Groundnut’s founders once went into a bookstore only to find an “African cookbooks” label below an empty shelf), now diners jostled elbow-to-elbow at three long communal tables, hungry for a taste of pounded yam, chunks of tenderly fried plantain, and the group’s eponymous groundnut soup. Jacob Fodio Todd, Duval Timothy, and Folayemi Brown started the pop-up supper club in 2012, drawing inspiration from their roots across Ghana, Nigeria, South Sudan, and Sierra Leone—and were keen to increase the visibility of the foods they had had grown up with. And now, with a cookbook just out and the supper club thriving, they seemed to have succeeded. “The time just feels right for African food,” wrote Tim Lewis for The Observer, celebrating The Groundnut’s burgeoning success. It was 2015, and African food was on track to be the next big thing. Jacob Fodio Todd, cofounder of The Groundnut and currently chef at Feature Kitchen

This, according to the culinary myths we live by, should be the end of the happy story. After languishing in the marginalia of the food world—restaurants run by and for immigrant communities, home kitchens, places outside the insular discourse of the food media—a cuisine is “discovered.” It rises slowly through supper clubs and pop-ups and appears prominently in the pages of slick cooking magazines and the most respected corners of the food Internet before being championed by a benevolent voice in the mainstream and catapulted onto the nation’s plates. This is the happily-ever-after: A cuisine becomes canon, the nation’s tastes are broadened, and we congratulate ourselves on a job well done.

But things didn’t turn out that way for African food. Today there are few Westerners cooking delicate moin-moin or creamy nkatenkwan. Pierre Thiam’s much-publicized fonio—an ancient grain showcased in his newly opened grain-bowl restaurant, Teranga, in New York City—is still barely known outside of West African communities. There’s been some interest in the food of Ethiopia in East Africa, and attention placed on North African cuisines from countries such as Morocco, but for the most part, African food remains obscure. So why, in spite of the work of writers like Michael Twitty or chefs such as JJ Johnson, hasn’t it assumed a place in the mainstream?

The question of which immigrant cuisines find a foothold in the mainstream and which do not is a thorny one. “I think there are problems with semantics,” suggests Todd. “Something like ugali is so hard to explain…. It gets labeled as porridge or polenta.” We translate back and forth, drifting further every time from the truth, the immediate reality of, for example, starchy fufu, pressed into morsels with hungry fingers and dunked into hot stew. Where a culinary synonym proves elusive, people tend to be wary: Smoked fish is pungent, soup too oily, meat too tough. And so diasporic African food writers and restaurateurs find themselves multiply tasked: They must translate while they cook, demystify while they write, condensing a vast and impossibly varied set of cuisines to a single, palatable myth. On the surface, Filipino food seems to have followed the fairy-tale trajectory for immigrant cuisine. In 2016, Washington, D.C.’s Bad Saint ranked second in Bon Appétit’s Best New Restaurant roundup. The following year, the critic Jonathan Gold proclaimed: “This is the Filipino food moment—I think we can all agree on that.” Anthony Bourdain also gave a nod to Pinoy food, picking out sisig as the dish to watch. Here in the U.K., there are new Filipino joints such as pop-up Sarap and ice cream parlor Mamasons, both in London’s bustling Soho neighborhood. Mamasons styles itself after the “dirty ice cream” sold from colorful curbside vendor carts in Manila, selling ube (the Instagram-popular purple yam), sour calamansi, and, my favorite, salty, fudgy queso.

But the success of Filipino food has been bittersweet. According to research by food-studies professor Krishnendu Ray, in 2017 the NYC Zagat guide listed only three Filipino restaurants (compared to 75 Japanese ones and a remarkable 301 Italian). What’s more, in an analysis of New York Times restaurant coverage between 1851 and 2018, Ray found that Filipino restaurants were featured in less than 0.2% of articles. Even now, at the crest of the wave, and despite a population of over 3.4 million Filipino-Americans, few non-Filipinos know about sinigang, described by prolific Filipino food writer Doreen Fernandez as “the dish most representative of Filipino taste,” or delicious, salty bagoong—fermented fish paste. At a push, a non-Filipino might be able to name adobo, but Filipino food is not one thing—it is as varied as the country’s 7,000 islands. Even when successful restaurants do emerge—Bad Saint has been basically booked solid from the jump—they can be cornered by conceptions about what “authentic” immigrant cuisine should look like and, importantly, what it should cost. As Krishnendu Ray has noted, there’s a widespread sense that “if it is expensive, it cannot be authentic.” Cuisines from nonwhite immigrant populations, or from countries with less political and economic power, tend to suffer most. Ray has found in his research into immigrant cuisines that Filipino food is more commonly categorized as an “inexpensive” meal option than any other cuisine in New York. A proliferation of affordable Filipino food might be a democratizing thing, wrenching good taste away from the restrictively Eurocentric model of fine dining. But when a cuisine is ghettoized—trapped within “cheap eats” lists and the world of street food—it’s worth asking how wholehearted our embrace of that food really is.

Fodio Todd knows better than most how success can be a double-edged sword for marginalized cuisines. In his work with The Groundnut, he had wanted a meaningful engagement with African food not as a trend—on a level with unicorn cakes or Cronuts—but as “a complex realization of the importance of food, culture, migration, and history.” But there was no appetite for it. The publisher who signed them up pushed instead for a mainstream cookbook, much lighter on history and context than Fodio Todd had hoped. And while The Groundnut was courted by the national press, the publicity strategy repeatedly overlooked black readerships.

Not only was The Groundnut’s food vision simplified and depoliticized; it was sold to everyone except the people to whom that cuisine truly belonged. “I think we struggled with the classic paradox of trying to add nuance to an audience yearning for simple narratives,” Fodio Todd says.

People still wanted a slice of what The Groundnut had to offer, but Fodio Todd, Timothy, and Brown found themselves less enthusiastic about catering to a food world that only wanted to engage with their work superficially. “It was a gradual realization that perhaps the forum and the medium—conventional cookbook, mainstream audience—weren’t the right fit for us.” In 2016, The Groundnut cooked for the last time. Fodio Todd now lives in Lewes in the Sussex countryside, where he runs the Feature Kitchen, a takeout business that hosts guest chefs who highlight a different cuisine each month. This month, Mama Awa will take the reins, bringing Cameroonian food to this historic English town 45 miles outside London. Drawing on his brush with the fickle food media, Fodio Todd wants to ground his work in the social and the cultural contexts of the foods he showcases. “There is a deeper responsibility in sharing the stories and the food of the chefs I work with,” he tells me. This is a slower kind of cross-cultural sharing, one that empowers cooks and producers with the same enthusiasm as it champions their food.

When I had that lavish pan-African feast with The Groundnut in 2015, and two years later when I profiled Zoe Adjonyoh of London pop-up Zoe’s Ghana Kitchen, I knew deep down that I wanted African food to be successful. What I didn’t know was what form that success would take. I turned to restaurants like Ikoyi in London, serving Michelin-starred Nigerian food, and New York City’s Henry at Life Hotel, with its suya lamb and mushroom yassa, for proof that this food I loved had really made it. I waited impatiently for the food media to cotton onto airy puffpuff or kenkey with pepper sauce. I watched the ascent of Filipino food and hoped that groundnut soup would build to the same crescendo, not realizing that the same systems that uphold the next big thing also fragment and fetishize it. There are many qualifiers. “Successful” immigrant cuisine ends up trivialized as “the new ramen,” or a return to a lost gastronomic purity, or the next trend, but very rarely is it just itself. But we can change the game, measuring success not by how high a cuisine can rise, but how deep it sinks its roots.

There is no shortage of good African food in the U.K. or in America. There are initiatives like the Feature Kitchen and old-guard restaurants such as Ghanaian Ebe Ye Yie in NYC or London’s 805. There are small bars and cafés that have been catering to their communities for generations, without ceremony or fuss. There are church groups, soup kitchens, and aunties whose jollof is legendary across entire cities, as well as diasporic food writers anchoring their work in questions of belonging, community, and heritage.

Around the corner from my flat in south London’s Brixton is Electric Avenue market, where West Africans have been buying and selling food alongside Caribbean and Latin American communities for decades. Countless languages fill the street as plantains, bottles of bright red palm oil, and dried fish pass between hands. This evening, these ingredients will be made into thousands of meals. Chunks of plantain will sputter in hot oil. Pepper soup will be ladled, steaming, into bowls. People will eat this food, and love it, and sing its praises. Maybe African food isn’t the next big thing. Maybe it has been here all along.