Get a free recipe
Subscribe
The Musakhan Queens of Ramallah
By: Eyal Yassky-Weiss 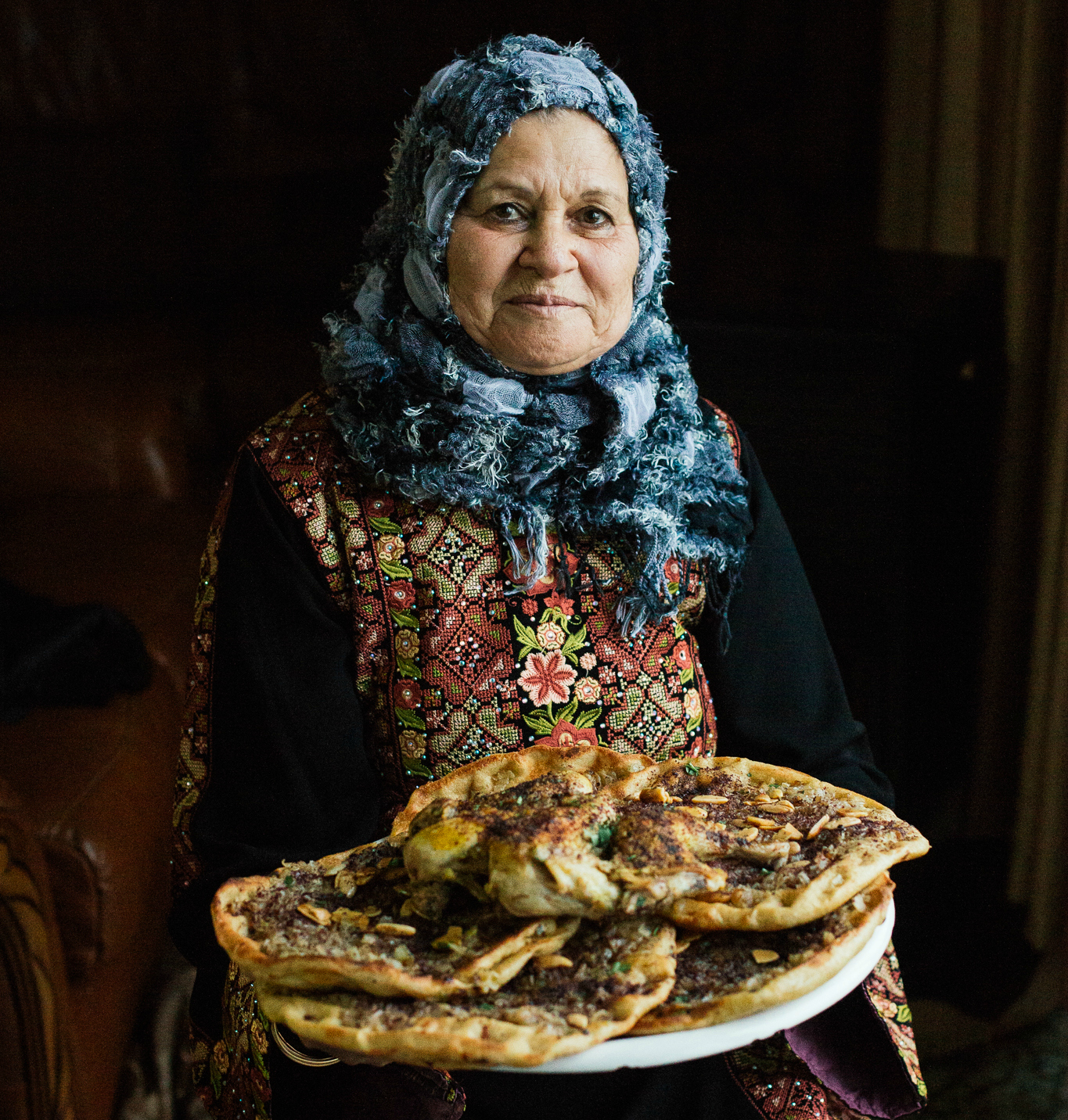 In the West Bank, a story of fresh bread, spiced chicken, and deeply gracious Palestinian hospitality.

The winter is a fascinating time to wander the hills around Ramallah, exploring a city that has been populated for hundreds of years. It is a city that preserves ancient tradition and folklore while at the same time serving as the modern civic and cultural nerve center of the West Bank. It’s the kind of combination, old mingling with new, that allows for serendipitous discoveries while on walks around the city. Politically speaking, Ramallah is a highly sensitive topic. It is, as every inch of the West Bank is, a source of disagreement between the Palestinians and the Israelis. But in addition, there’s controversy around it among the Palestinians themselves. Some consider it the capital of the future Palestinian state—since it is the de facto capital, where all government headquarters are located. Others, however, see the city as the key symbol of the abandonment of Jerusalem as the capital of a future Palestinian state. In Ramallah, located a dozen miles north of Jerusalem and just over an hour’s drive from Tel Aviv, traditions are preserved and proudly showcased. But it’s also a city on a collision course with modernization. The culinary establishments and personalities you encounter during a visit reflect this—one being Wajdi Daoud.

Wajdi, 33, is a young chef who teaches in the cooking school of the Palestinian Chefs Association. He was born in Nablus to a family originally from Jaffa and has been living in Ramallah since 2003. Wajdi started cooking almost by mistake while looking for a job, and immediately fell in love with it and spent endless hours studying the field on YouTube. He’s a big and smiley guy, warm-hearted, and possesses a lot of knowledge and passion for Palestinian cuisine—some of which he recently shared over breakfast at his home. We had breakfast with him and his mother, Um-Shadi, who is also a wonderful cook, eating homemade basbousa, a cake traditionally made of semolina soaked with syrup and sprinkled generously with coconut flakes. Growing up in Israel, I’ve had many versions of this dish, but this was by far the greatest. It was just sweet enough, made with their own tahini, and it was removed from the oven at the perfect second.

Wajdi and his mother also made sadaka coffee, a ceremonial coffee service passed down from generation to generation. The meal starts with the hosts placing ground coffee beans on the table alongside the other elements of the meal, so that the guests can be impressed with the quality and aroma. The coffee is strong and cooked for hours using a portion of last week’s coffee. Like a sourdough starter, it’s a process that continues to evolve over time.

And then there was bread that Wajdi made. It was spicy, rich and flavorful, topped with a salty goat cheese called gibni, hyssop (the main ingredient in za’atar), olive oil, and an egg omelet, served hot from the oven with sweet tea to balance its extreme saltiness. Both Wajdi and Um-Shadi were obviously treating this bread with extreme care. When making it, they were quick and synchronized, somewhat mechanical, and extremely focused. I realized immediately that it’s unlike any other bread I’ve had in that area and started asking my hosts all about it. Wajdi explained that the round bread is a fundamental component of Palestinian cuisine, an offspring of the ancient Levantine cuisine. It is used to make one of most important Palestinian dishes—the musakhan. Different versions of musakhan have been made around the area for about 150 years. It is not an easy process and takes much time and care. Fundamentally it contains baladi (loosely translated as heirloom, or original, but also come to mean rustic) chicken, which is redder on the inside and has a fleshy flavor. (The chicken needs about a year to grow until it reaches the ideal weight of about 4.5 pounds.) It is cooked with oil and spices, and then placed on the perfect piece of the round bread, also dipped in oil, not before it’s topped with onion and sumac. A masterpiece.

The dish’s origin story begins with a wonderful mistake. Back in the old times, bread and meat were cooked inside holes dug in the ground. It is what is called in Arabic baladi stove. As time passed, more and more ingredients were put inside those holes, even simultaneously with others. That’s how the chicken met the bread, and that’s how the musakhan was born.

To have the perfect piece of musakhan, Wajdi took us to see Reem Shjadi, one of his students in his cooking school, and her mother, Adibi Hasan-Salame (Um-Jamal), whom he dubbed the Musakhan Queens of Ramallah. Reem has dreams of professional cooking and eventually becoming a pastry chef, and she helps her mother, who supplies trays of musakhan for weddings and other special events. The modern method of making the musakhan is quite similar to the ancient one, but the tools and equipment used are quite different. Um-Jamal cooks the chicken in a big metal stove located by the staircase of her home. As the whole kitchen is dedicated to making the single dish, and the ingredients come from the garden outside, it’s safe to say that Um-Jamal’s spacious house acts as a sort of musakhan factory.

When it’s served at the table, everyone feels the essence of the Palestinian culture. The bread was freshly made with local flour, the chicken is raised outside the house and cooked traditionally, and the oil comes from the ancient olive trees on the same hills around Ramallah where the glorious sumac grows. As we eat (with our hands), I ask Wajdi what he thinks Ramallah is going to look like in 20 years. He talks about the end of occupation, open borders, and two nations coexisting side by side. He wants to bring the gospel of the Palestinian cuisine to Israel and the rest of the world. I ask my hosts about the almonds atop the dish. They say almonds are more expensive, and that’s why they’re kept only for honorable guests and served on special occasions.

After we say goodbye with warm hugs and a promise to stay in touch, I can’t help but wonder how would it look if a Palestinian/Israeli gathering weren’t such a special occasion, but merely a group of friends meeting for lunch.

Eyal Yassky - Weiss is a photographer who searches and documents unique stories in the hidden spots of various countries around the globe, focusing on editorial food and portrait photography in both the commercial and documentary fields. Eyal gives talks and classes and guides tours that explore the culinary culture of places like Northern Italy and Vietnam, following his projects there. In addition, Eyal leads disaster relief teams around the world and co-founded Hilico.com, a company that operates in the field of off-grid solutions. He is a huge fan of The Band and his aspirations in life come down to cognac and butter.