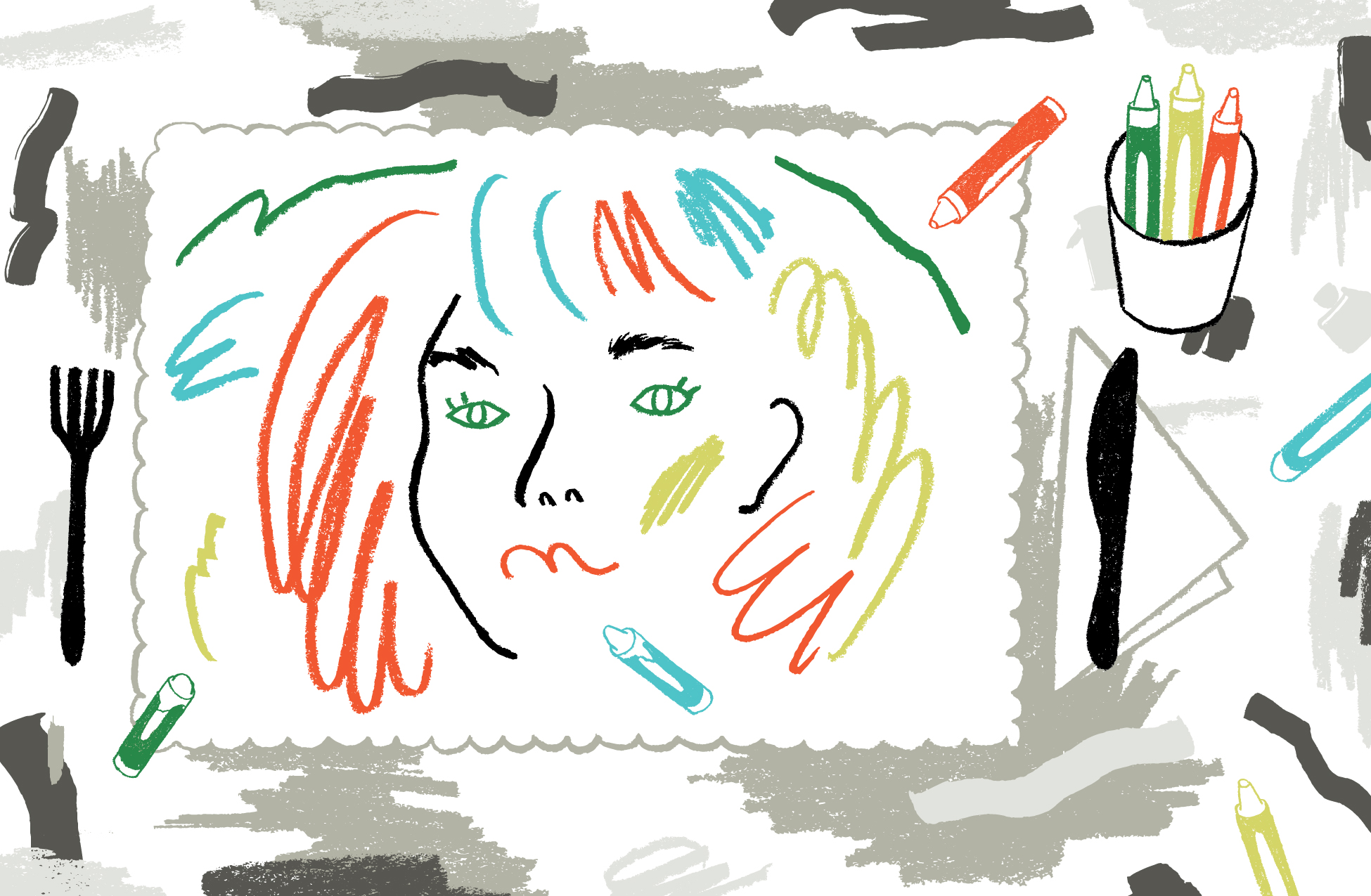 In a work of short fiction, dinner takes an unexpected turn.

A loud-talking couple had been seated next to us at the French restaurant and we spent our dinner distracted, listening in.

Haha, said the server, who said this without changing the expression on her face. She shifted her heels.

The guy smiled self-consciously for a moment and looked at his date, who nodded.

Here was the kind of guy who had never been told no in his life, and there were versions of him just about everywhere you went—little kings, just like him.

Finally they finished ordering and the server walked off with their menus. Now it was his date’s turn. From what we could overhear, we learned she was twenty-four and seeing another guy besides the guy currently across from her. At times her eyes looked glassy with emotion, although I don’t think she actually cried.

I was making a snorting noise, and you were trying to keep from laughing. At least we’re not like them, we were saying.

I can only be who I am as much as I can, the girl was saying. With him. The guy nodded. And my family, she said. It’s so fucked up with the way they—

Yeah, said the guy without glancing up. I looked over to see him pulling out his phone to check something and I figured that was that, that was the kind of guy he was.

Then he got up to go to the bathroom. Curious, I looked over at where he had been, at the way he had arranged things. The restaurant supplied paper place settings and a small cup of crayons, meant for doodling. On the guy’s place setting he had crayoned a portrait of the girl’s face, meticulously detailed, and flattering.

This story appears as part of the Fall 2017 Fiction Issue. Originally published in TANK Magazine, Issue 60. Reprinted with permission of the publisher.

James Yeh's writing and other literary work appears in the New York Times, Harper's Magazine, Believer, and Tin House. A recipient of fellowships from the MacDowell Colony, Center for Fiction, and Hub City Writers Project, he is a founding editor of Gigantic and former culture editor at VICE. Born and raised in South Carolina, he now lives in Brooklyn, where he is at work on a novel.