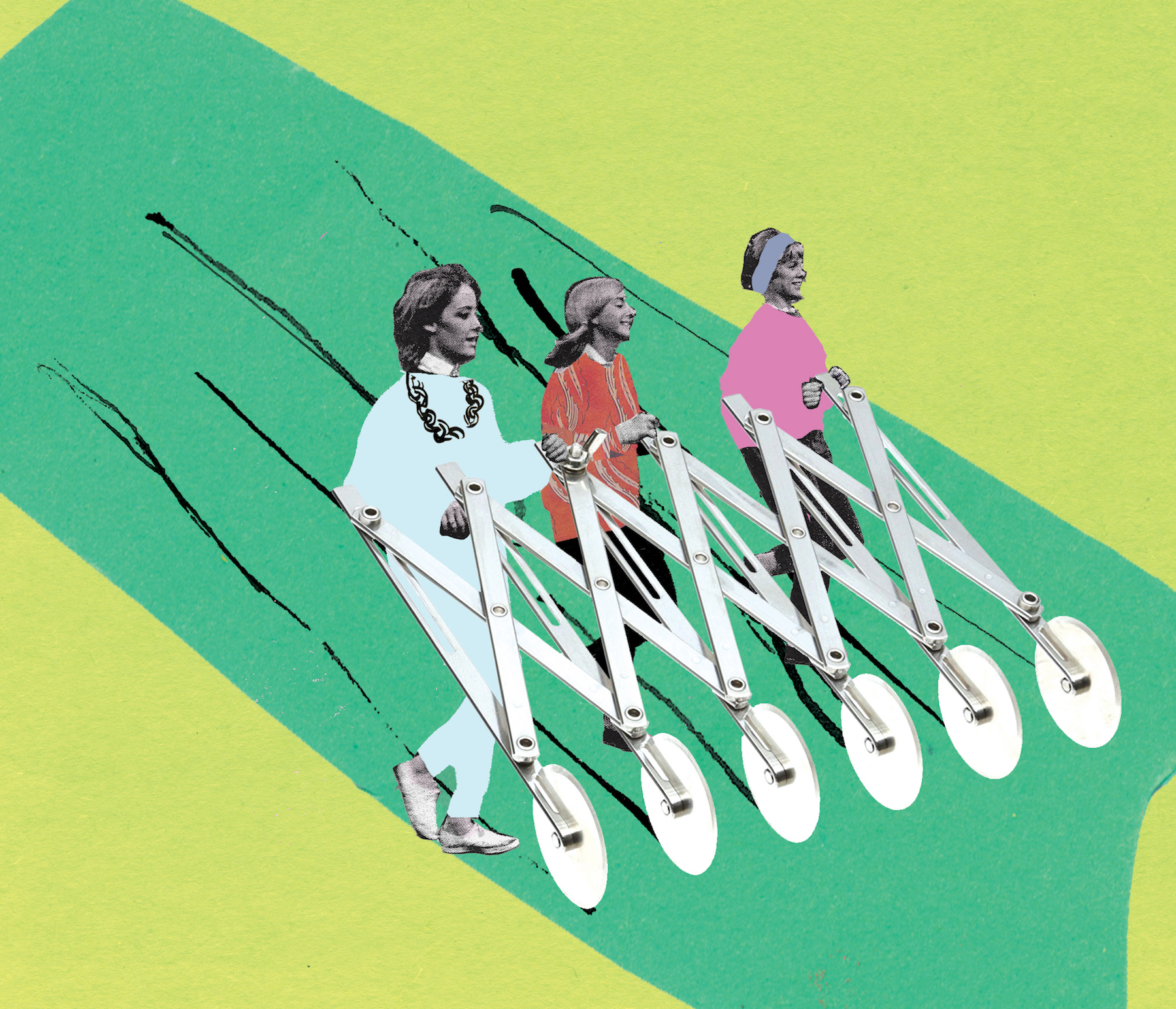 Everybody with a kitchen has a decent knife, a cutting board or two, and some mixing bowls. In a new column called Surprisingly Useful, we’re going beyond these basics and talking to chefs, authors, and food writers about the unexpected kitchen tools they can’t live without.

If you’re familiar with her blog, My Name Is Yeh, then you probably know how much cookbook author Molly Yeh loves small, uniform things—like miniature layer cakes and stripy marshmallows. When Yeh discovered an accordion-like pastry-cutting device specifically designed to cut cakes and bars into even squares with perfectly parallel lines, she knew she had to have it. The tool has been a trusted member of her arsenal ever since, helping to parse cakes, crackers, and marzipan into equal strips and squares.

Where did your pastry cutter come from, and how did you first hear about it or acquire it?
The first time that I saw this fancy contraption was in Edible Selby. I was just like, “What the heck is that?” It’s just like an accordion of pizza cutters. So it gets these perfectly straight cuts, and I just love nothing more than having a satisfying cut of a bar where all of the bars are uniform shapes and the lines are parallel and the squares are the same size. The food styling just kind of makes itself when you have perfectly 90-degree angles and lines. I get really off on that.

So how does it work?
You pull it apart, and all of the links between the pizza cutters stay the same. They just all get bigger at once or they all get smaller at once.

How often do you use it?
Any time I make something in my eight-inch-square pan. I don’t bake bars too often, but when I do, I get so much satisfaction. I let the bars cool, and then I’ll usually wrap them and then freeze them or put them in the refrigerator for a little while, because that helps get a cleaner cut, too. I don’t often actually use the pizza cutters to cut all the way through. I’ll more or less just score them, and then I’ll get my really sharp knife, run it under hot water, and then get an even cleaner cut.

Have you discovered any unconventional ways to use it for cooking? What’s the weirdest thing you’ve used it for?
I’ve used it for pasta before. It’s kind of inevitable that I’m going to use it for those stupid squares that Midwesterners cut their pizza into. And Cheez-It crackers. Those are really fun. You can make tons of little square crackers.

What was the last thing you made with it?
I made some pistachio chocolate bars recently where I made a pistachio marzipan and rolled it out and then used the cutter to get thin, longer strips so that all of the chocolate bars were one uniform shape.

How would you feel if a robber stole it?
It would just make me happy that someone else placed as much value on uniformly cut bars as I did. It would actually kind of make me happy that more people were using this thing as a result.

You can buy your own pastry-cutting accordion on Amazon.