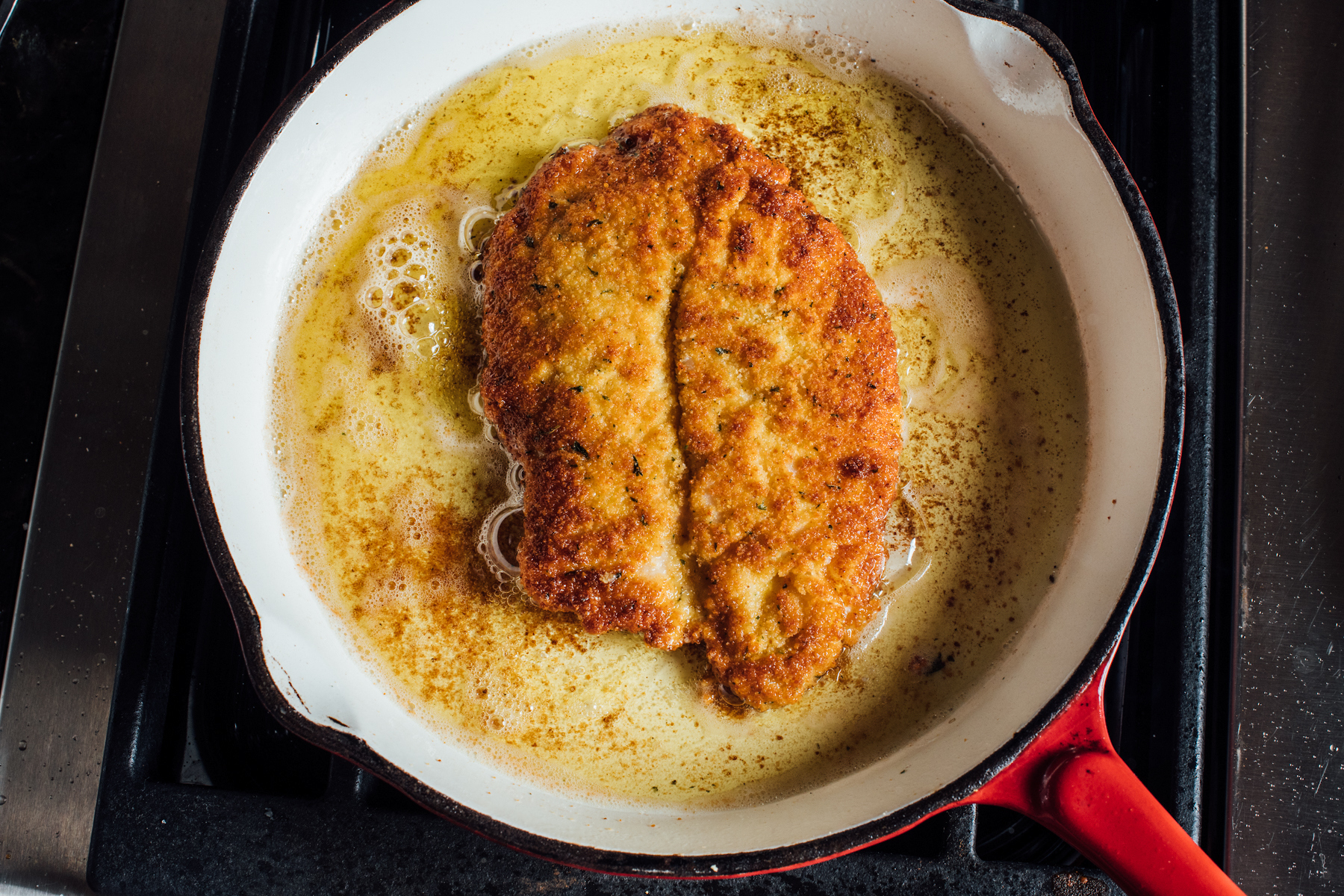 Many cultures have mastered the art of pounding, breading, and frying meat. But we have our favorite.

To answer this question, we have to set some ground rules. First off, what is a cutlet, or better yet, what makes a cutlet a cutlet? Broadly speaking, the definition changes based on where you are from, with examples found in nearly half the world’s cultures. An Englishman might tell you a cutlet is simply a grilled, bone-in rib eye, while a Ukrainian would say it’s a pan-fried minced meat croquette. As New Yorkers, we’d define a cutlet as a thinly sliced and pounded piece of meat, usually chicken or veal (and sometimes pork), that has been breaded and fried. And to simplify things, for our purposes here, that’s the definition we’re going to explore.

New York City–style breaded cutlets are ubiquitous worldwide, although the name changes depending on the point of origin. That said, the two dominant names in the game are the Italian Milanese and the Austrian schnitzel. Schnitzel has the widest reach globally, with examples on all five continents, with permanence in the kitchens of Africa, the Middle East (it could be called the national dish of Israel), and Oceania—the later dating back to the Austro-German colonial era. Milanese is a close second, stretching beyond its Northern Italian home to South and Central America. Here in the United States, we refer to the preparation as a cutlet (derived from the French côtelette) or, in God’s country (the American South), chicken-fried steak, which refers to it being breaded and cooked in the style of fried chicken. Breaded cutlets are less commonly found in East Asia, although one of our favorite examples is the Japanese tonkatsu, made from a thicker cut of pork (“ton” means pig and “katsu” is shortened from its phonetic translation “katsuretsu” with vowels breaking up the consonants). Tonkatsu is dredged in flour, dipped in egg, and breaded in panko, which are super crispy crumbs ground from bread baked with an electric current. This yields an ultra-fluffy, crustless loaf that is perfect for crumbing.

The cutlets are most often served in a simple white bread sandwich with tonkatsu sauce, or sliced thin and served atop cabbage alongside the sweet, ketchup-based, brown barbecue sauce. Another favorite recipe highlighting the cutlets is katsu curry, where the cutlets are served over white rice and smothered in Japanese curry, a roux-thickened sauce made with S&B curry powder (garam masala), which is popular throughout Japan. While each of these preparations has its own delicious merit, the Italian Milanese stands out as Matt and Daniel’s personal favorite. As with so many of Italy’s great culinary techniques, the Milanese was developed in peasant villages as a means to stretch and make palatable a small amount of tough meat in an attempt to feed the whole family. Slicing the cuts thinly across the grain and pounding them with a blunt object (a wooden hammer or mallet) helps to tenderize the well-worked muscles. Breading can double the weight, and triple the volume, while retaining the moisture from the little fat that renders out. While the technique is exemplified in so many celebrated Italian dishes, from veal Milanese to chicken Parmigiano, Daniel stumbled upon his favorite iteration on a hot and humid summer afternoon at a deli in the back streets of Rome’s Aventine neighborhood. Daniel tells the story:

I was there researching a restaurant project when we happened into the grocery, hungry for a snack. We were greeted by a couple of old men arguing over a deck of cards. They were seated in the entry at a small folding table with massive sandwiches and tumblers of red wine. Using the little Italian we had available, we ordered “what they were having,” and one of the men reluctantly retreated to the kitchen and returned with the sandwiches wrapped in brown parchment secured with masking tape. We were kindly being invited to eat the sandwiches elsewhere. Opening the packages on a nearby park bench, we tore into one of the most memorable meals of my life. Breaded chicken cutlets with sautéed rapini and melted provolone on crusty white bread. The chicken was moist and tender, and the pungent cheese mellowed the sting of the spicy and crunchy garlicky greens. It was a blissful experience, immediately and indelibly logged in my food memory.

He’s re-created that sandwich many times and served it on many menus over the years. “Every time I taste it, I’m transported back to that humid Roman afternoon and that first extraordinary bite,” he says.