Get a free recipe
Subscribe
Maple Has a Surprisingly Savory Side
By: Michael Harlan Turkell Photos: Emily Ferretti 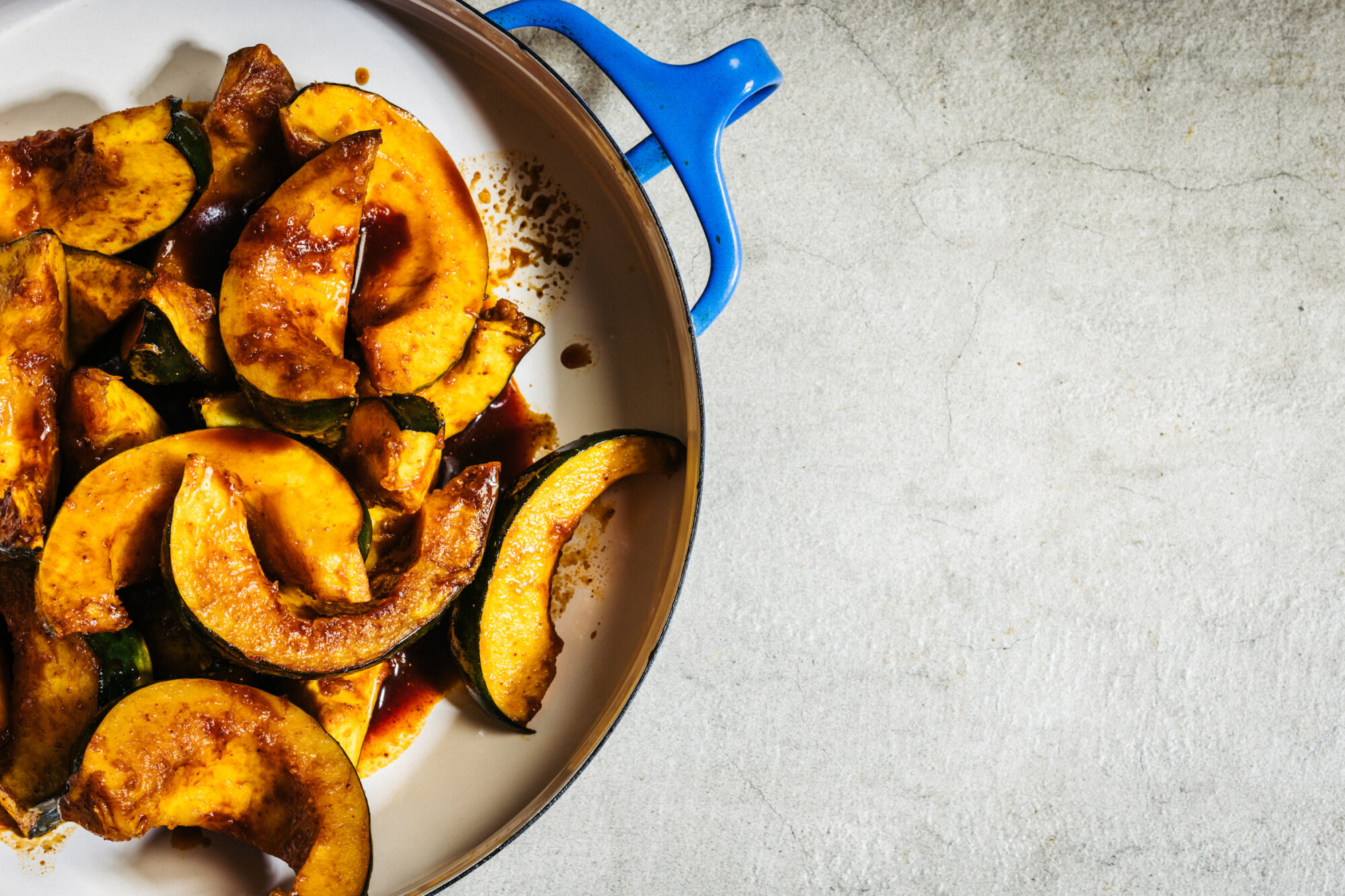 Pair it with urfa chiles, brush it on pork chops, and glaze your squash with it.

The Quebecois arc of taste is assumedly saccharine; Quebec produces more than two-thirds of the world’s maple supply. I still remember, years ago, between attending a Habs game and eating late-night poutine at La Banquise, when I stumbled upon my first taste of tire d’érable during the Montréal en Lumière festival. The confection is made by pouring boiling-hot maple syrup over fresh snow, an à la minute taffy that is then rolled onto a wooden tongue depressor like a lollipop. It’s shtick like this that’s hard to escape when you’re surrounded by maple.

It was Derek Dammann, the chef and owner of Montreal’s Maison Publique and McKiernan Luncheonette, who took me to my first cabane à sucre (sugar shack) a decade ago. These establishments were once facades for selling plastic jugs of maple syrup straight from the (tree) taps, but most have become touristy mess halls serving unremarkable boneless butts of maple baked ham.

Maple, for so long, was declassed to thick lacquers and sugary gut bombs. The model was updated in 2009 by chef Martin Picard of Au Pied de Cochon when he opened his own cabane restaurant in Mirabel, just west of Montreal. His idea was to update the shack classics through better sourcing (he raises his own pigs behind the shack) and cooking techniques. He remade fèves au lard (maple baked beans), a puffy cast iron omelet drenched in maple, and sausages swimming in a sweet sugary jus. Pairing real syrup became a polished approach and made the classic maple dishes less compulsory—though, for dessert, there’s still the obligatory tarte au sirop d’érable (maple syrup pie).

For Dammann, it was a trip to Mexico that really changed the way he thinks about cooking with maple syrup. “In Mexico City’s cuisine, honey is so prevalent,” he says, pointing to how honey tempers the heat of chiles. “I realized I had something in Montreal that was similar that I could use for creating balance in sauces, but with a different, darker nuance,” says Dammann. He serves a maple and lime “mignonette” on freshly shucked oysters, which is just lime juice that he “sweetens as you would lemonade.”

He looked to the Southern states and saw how they used sorghum and vinegar mops for basting roasted meats, implementing a similar method when cooking whole lambs, with a fifty-fifty mixture of maple syrup and apple cider vinegar. He says maple syrup is also a perfect foil to the fattiest of foie gras; he reduces maple syrup down even further to a dark caramel, sets it with gelatin, then tops a foie gras tart with this gelée.

An unsung hero of the maple syrup–making process, Dammann says, is réduit, a by-product derived from the second wash of the maple tanks. Essentially, syrup makers deglaze all the crystallized bits and residual sugars with water, resulting in what’s affectionately known as “maple steam” that’s collected and bottled, too. Dammann loves using réduit as a glaze for ham and as a soup base, like you’d use a remouillage (a second wash of bones that have already been used once to make a stock).

“I sometimes avoid maple, being in Vermont, because it’s too obvious, but at the same time, I love maple, and I literally eat maple most days of my life.”

Whereas many Quebecois really expect syrup to be served in overwhelming amounts, “I don’t use maple as a forward flavor, I use it as a seasoning or an accent,” says Dammann. He also refuses to use it outside of maple tapping season, i.e., late winter to early spring. “You wouldn’t drink eggnog all year long, would you?” he jokes.

Vermont is second to Quebec in worldwide maple syrup production, as highlighted by the state’s maple creemee obsession. Cara Chigazola-Tobin, chef at Honey Road in Burlington, Vermont, uses maple syrup in her Eastern Mediterranean mezes as part of a sweet-and-salty approach. Last year, she served roasted delicata squash with maple tahini and crispy grape leaves. This year, she’s bringing in elements of acid and heat to temper maple’s sugar with sweet-and-sour acorn squash, where she mixes maple syrup with pineapple juice, pomegranate molasses, and a spicy pepper paste.

She’ll also use maple syrup in tandem in dishes where fenugreek, a unique Mediterranean herb that has similar sweet notes to those of maple, plays a role, as in her air-dried cured beef. 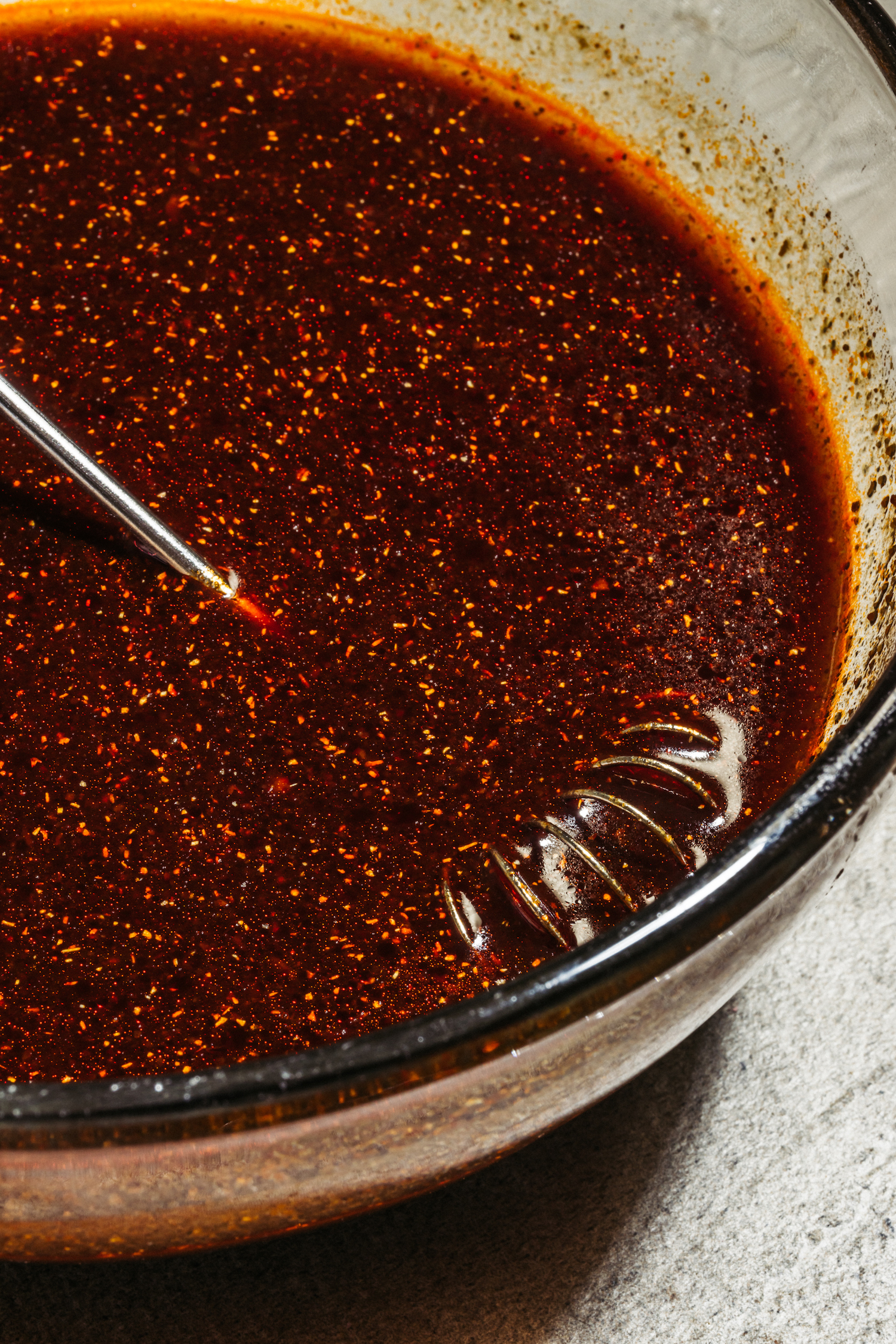 “You don’t want to use too much, it can be overwhelming,” says Chigazola-Tobin, though when she gets her hands on some syrup that’s still got that smokiness from being cooked outside over an open fire (as she does quite often from her brother-in-law), she uses it with abandon and loves pairing it with urfa chile, a smoky dried pepper from Turkey. This combination accents nicely caramelized pieces of gamy meat.

“I sometimes avoid maple, being in Vermont, because it’s too obvious, but at the same time, I love maple, and I literally eat maple most days of my life,” says Chigazola-Tobin.

In New York City, Neil Kleinberg has made a name for himself with his award-winning pancakes. As chef-owner of brunch bulwark Clinton Street Baking Company, it’s his maple butter condiment that’s served alongside, for which he’s found many applications beyond flapjacks.

“I hated Log Cabin and any of that corn syrup with colorings and stuff, and I wanted to avoid butter and maple syrup on the table,” says Kleinberg. Instead, he builds this sauce like a classic French beurre blanc, whisking cold cubes of butter into hot maple syrup to create an emulsification—“killing two birds with one stone,” he laughs. As expected from a rich butter sauce, it augments most any roasted starch or protein (try it with white fish!). His kitchen easily goes through more than a thousand gallons of maple syrup a year, much of it finding its way into this sauce, at a ratio of 20 pounds of butter to 2 gallons of maple.

Kleinberg uses New York State maple syrup—and only grade B amber, because of its fuller flavor. At dinner, it finds its way into vinaigrette, or onto maple-glazed pork chops. Double-cut, really thick and juicy, Kleinberg uses maple to balance out the pure protein taste of the pork, adding a sweet-and-sour element. Bourbon, apple cider vinegar, and chicken stock are reduced down with mirepoix, then maple is added toward the end for a nice shine, to be brushed on the pork chop while it’s roasting. The effect is subtle, but you still know the maple’s there, without sitting in a sugar shack.