Get a free recipe
Subscribe
The Maldon Salt of Sweets
By: Daniela Galarza Photos: Lizzie Munro 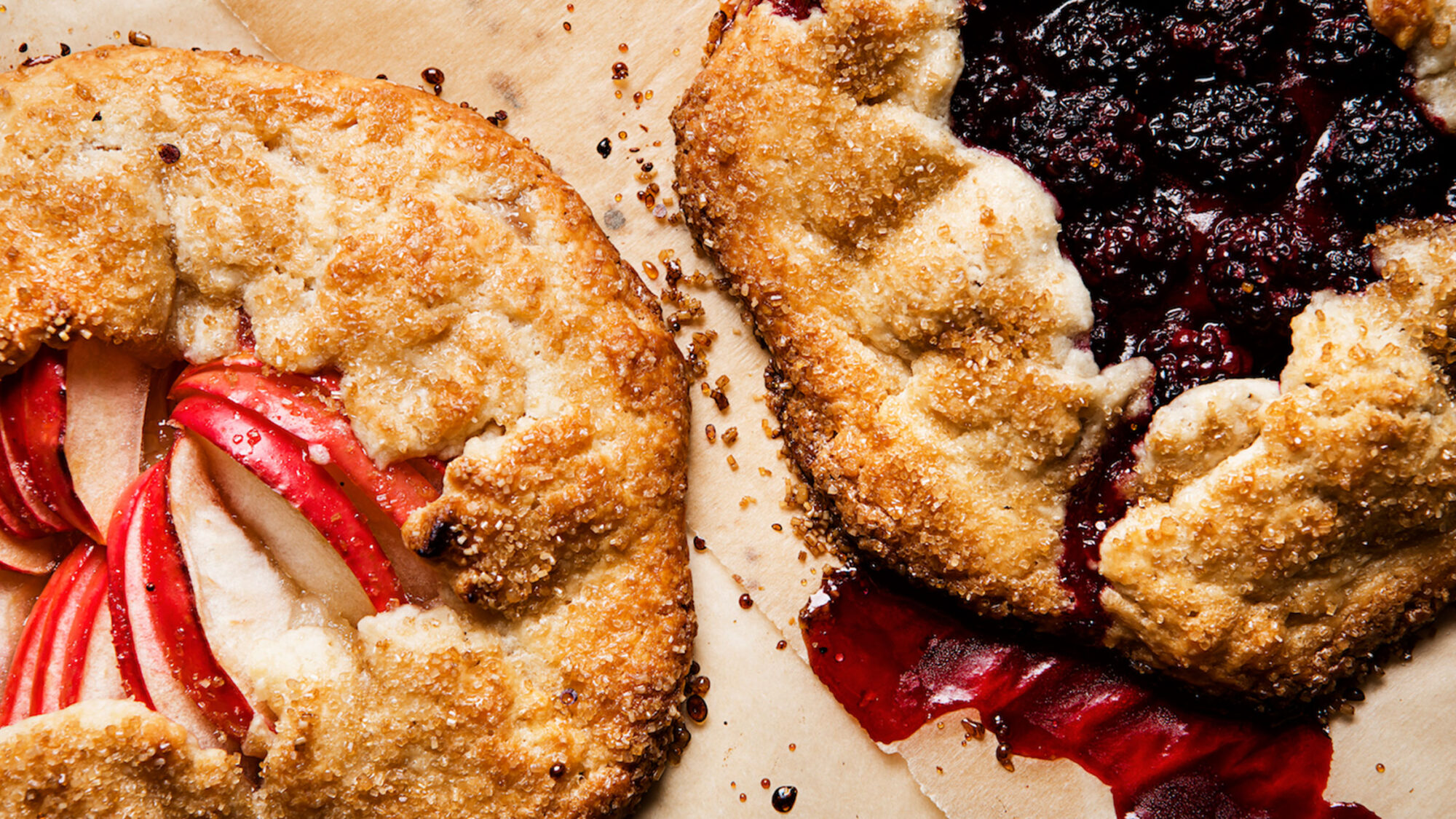 “Sugar . . . is the universal flavoring . . . it ruins nothing,” Jean Anthelme Brillat-Savarin, the French lawyer and gastronome, wrote in his 1825 meditation on food, The Physiology of Taste. Filipino, Chinese, Persian, Indian, and Mexican cooks have long employed sugar in savory as well as sweet dishes, believing there is little that delights the tongue more than the balance of salty and sweet. Chemically, salt and sugar are like two sides of the same coin: enhancers and conduits for other flavors.

While any table salt can boost umami flavors, flaky sea salt like Maldon, with its large, feathery crystals and flinty, seawater taste, has become a de rigueur garnish for everything from just-seared steaks to brownies. Similarly, while all sugar elicits sweetness on the tongue, some sugars, like turbinado and demerara, are more nuanced, more textured, more Maldon-like than others. The large, partially refined blond crystals can highlight the flavors of warm spices or the textures of flaky pastries, and enhance flavors like vanilla and maple while smoothing the bitterness of coffee or alcohol, thanks to their density, shape, and mild sweetness.

“I love turbinado,” says Ginger Fisher Baldwin, head baker at the recently opened Brooklyn bakery and café Ciao, Gloria. “It’s hugely underrated. If I could coat everything in it, I would. I love how it stays crunchy without being sandy, and I love the slight sparkle it gives to things.” Baldwin is working with Ciao, Gloria owner and Baked founder Renato Poliafito on a version of zaletti, a soft cornmeal cookie from Venice that gets rolled in turbinado before baking. “It gives them this wonderful, crisp exterior, which plays off the cornmeal in the dough,” says Poliafito.

Demerara and turbinado have long been used by bakers, especially to add texture. Baldwin notes that the flavor of turbinado and demerara sugars, both of which have some of the molasses-y character of brown sugar, enhances everything from gingerbread to stone fruit to citrus.

Pastry chef Dominique Ansel has been coating certain Cronuts—including the cranberry-pear, pumpkin-chai, and peach-bourbon flavors—in demerara for years, when they’re still hot from the fryer. “It adds sparkle, but it’s also perfect because it’s not as sweet as refined sugar,” says Ansel. “It has so much more flavor . . . it’s almost spicy, and it has a depth that reminds me of umami.”

“It adds this crunch, an almost crème brûlée–like crust.”

A precursor to the refined, white granulated sugar many of us are used to spooning into coffee or measuring into cakes, demerara can be traced to the former Dutch colony in South America of the same name (today it’s a part of Guyana) where it was likely first produced in the late 18th or early 19th century. Early refineries extracted sucrose from sugarcane fibers by boiling them into a thick syrup and crystallizing the resulting liquid, producing rough, brown sugar crystals the size of pinheads. These were sifted or partially refined to produce demerara crystals, which are still significantly larger than those of white sugar.

Turbinado sugar—often sold under the brand name Sugar in the Raw—is also a partially refined cane sugar with large crystals, and it was probably invented by the Spanish in the Caribbean around the same time as demerara. Though turbinado crystals can be slightly larger, and demerara sugar may be a bit darker, the two can be used interchangeably in baking (both are also used to make rum and bartenders’ cocktail syrups).

It’s the combination of the warm, rounded flavor and crunchy texture of these sugars that makes bakers seek them out. Demerara and turbinado crystals are easier to pinch, and they don’t melt as readily as white sugar. Turbinado clings to the edges of brioche to form a crisp crust—and enhances the sourdough notes in the dough—on fruit-filled danishes at Republique in Los Angeles; it adds sheen and crunch to the tops of Tartine’s scones in San Francisco; and it provides a glitter-like finish—and boost of molasses flavor—to ginger jump-up cookies at Zingerman’s Bakehouse in Ann Arbor, Michigan.

In New York, Baldwin sprinkles a layer of demerara on the inside of greased baking pans before filling them with cake or quick bread batter. “It adds this crunch, an almost crème brûlée–like crust,” she says. And, of course, it was a sparkly outer crust of these crystals that catapulted Alison Roman’s viral recipe for #TheCookies to a status of immortal fame (possibly because little paper packets of the sugar are so readily available to any baker who frequents coffee shops like Starbucks).

These complex sugars can also enhance the taste of savory dishes. Mixing equal parts demerara and Dijon mustard makes an excellent rub for ham or roasted pork, and, after baking, it leaves behind a warm, burnished glaze. In addition to tenderizing, these sugars add their flavor to turkey or other wet meat brines. Like all sugar, they dissolve in water-based solutions, particularly if agitated or heated, so their subtle molasses flavors can be used to enhance and temper the spice in hot sauce, balance the tang in barbecue sauce, and level the acidity in vinaigrette.

“It’s not just about their sweetness. Sweetness by itself is boring.”

Like Maldon, consider using turbinado and demerara as a finishing element, since it both enhances flavors around it and adds its own nutty, caramel-like taste and snappy texture. Sprinkle these sugars on just-fried French toast while still in a hot pan, and let them melt into a glassy, crackly crust. Heat and slightly reduce equal parts demerara, butter, and orange juice for a fine maple syrup substitute. Mix demerara or turbinado into hot water and sprinkle it atop cake batter before baking. It’s a trick that leaves behind a thick crust capable of standing up to scoops of ice cream or puddles of warm custard sauce. Employ these sugars as a coating for bar nuts, or sprinkle them atop pie fillings like pecan and chess to add a brittle top.

“I love playing around with them,” Ansel says. “Every few months, I find a new way to use them, because it’s not just about their sweetness. Sweetness by itself is boring. What we search for as pastry chefs is how to add complexity to sweetness, to keep it interesting, to keep you wanting another bite.”