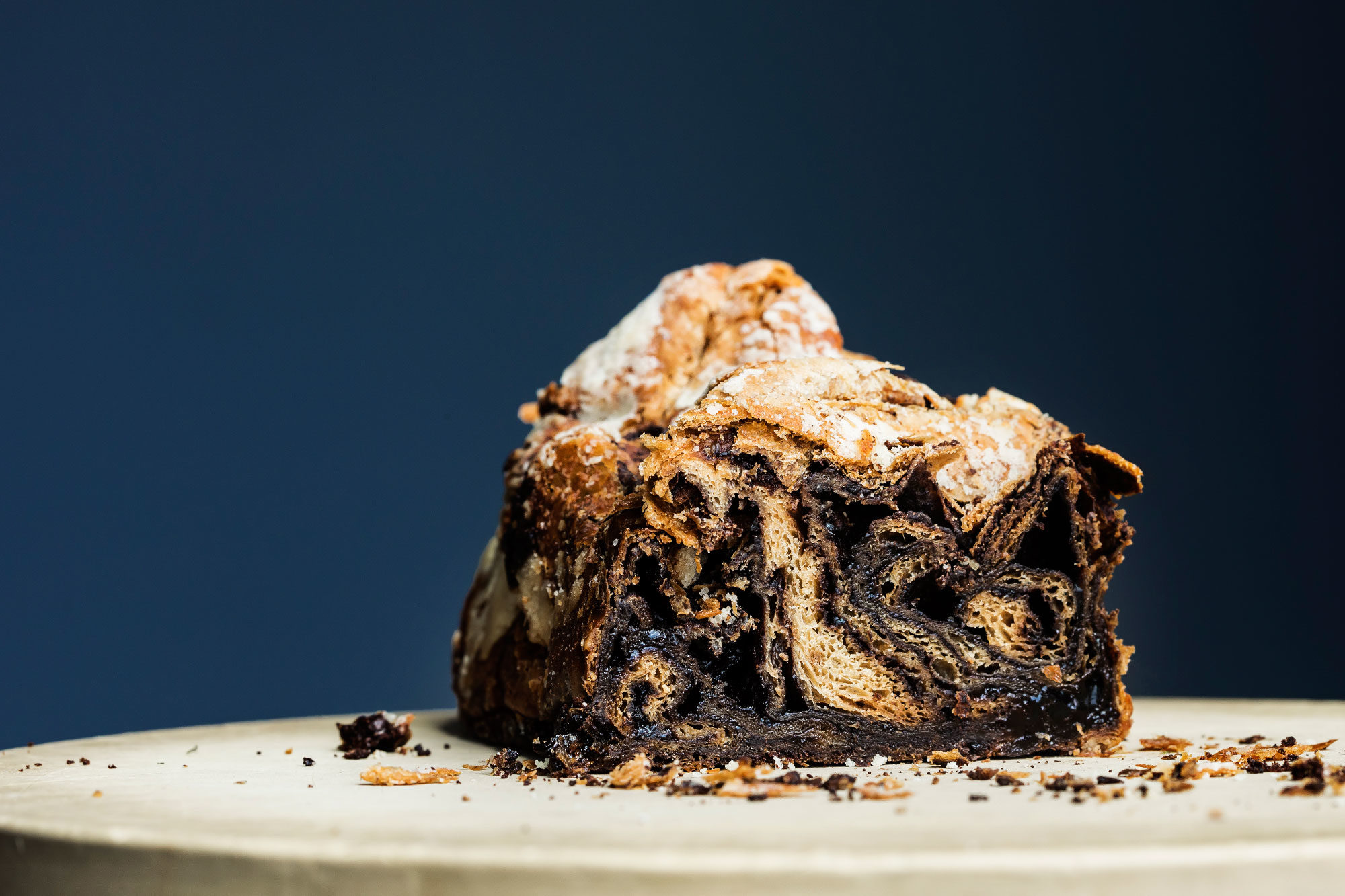 The faces are always the same. Sheepish at first, then downtrodden and disappointed once the words are coaxed out. All I’ve asked is, “How is your sourdough starter holding up?” After a protracted sigh, the response comes:

In the two years since I started making naturally leavened bread (bread that is made with a wild fermented yeast that requires maintenance and consistent feeding), I’ve lost count of the number of times I’ve had this conversation with friends, acquaintances, and even my own mom. It takes nothing to pass on some wild yeast: I remove one tablespoon from my “mother” starter, drop it into a pint container, mix it with flour and water, and give instructions on how to care for it.

Out there in the world, my starter has several dozen anonymous children—or, at least, it did. Many of its children are dead now. It’s okay. I understand. If you aren’t making bread regularly, that maintenance (weekly, sometimes biweekly feedings) requires a lot of attention and planning. For plenty of home bakers, the occasional loaf of bread just isn’t enough incentive.

But the truth is, if you’ve made muffins, pancakes, pie crust, babka, pizza dough, brioche, doughnuts, banana bread, or any number of classic baked goods in the last six months—basically anything with flour and water—then you could have been enhancing the flavor to be tangier, sweeter, and more complex. Bread, shmead: Everything tastes better with sourdough starter.

Earlier this year, a friend gave me a thrift-store copy of 1972’s Home Bakebook of Natural Breads & Goodies. In it, there are tons of recipes that call for sourdough starter—and a large percentage of those recipes are not for bread. I made a whole-wheat “basic sourdough cake” that was leavened with one cup of sourdough starter and two teaspoons of baking powder. It was divine: slightly sour and not too sweet, lighter in texture than a sweet loaf like banana bread, and with a more complex flavor than a bran muffin.

When Ford originally got into sourdough, he began by making every kind of bread—ciabatta, country loaves, baguettes—but it didn’t take long for him to realize that this natural yeast was worthy of all kinds of projects and experiments. His mom’s tortillas? Yep. Honduran pan de coco? Hell yeah. Empanadas? Let’s do it. He would throw a tablespoon in here and there for flavor, then graduated to developing recipes for treats that were solely leavened with sourdough starter. No instant yeast, no baking powder, just wild, fermented sourdough starter.

“I do what tastes, smells, and feels good,” he said of the decision to throw sourdough starter into a range of baked goods. “That’s what baking is—taking stuff and putting it in other stuff and putting that combined stuff into the oven.” It seemed obvious to Ford that sourdough starter, which has a naturally tangy fermented flavor, would taste great in a lot of what he was baking. If it helped the dough rise, that was just an added bonus.

When starter is recently fed, it has a lighter, sweeter, milder taste—good for sweeter desserts like pie crust or banana bread. But when it’s “mature”—meaning after it’s had time to ferment for eight or more hours—it’ll be more acidic and tangier, so it fits well in hardier dishes like pancakes or pizza crust.

In traditional bread-baking, your mature starter typically comprises somewhere between a sixth and a quarter of your recipe ingredients total. But when using starter in non-bread baked goods, that number can vary depending on whether you’re adding it more for the flavor or more to make the dough rise. So how do you know how much starter to add without getting confused? Michelle Eshkeri, the founder of Margot Bakery and author of the upcoming Modern Sourdough: Sweet and Savoury Recipes from Margot Bakery, recommends getting your feet wet with a spoonful of starter in a muffin recipe, then building from there.

“A good starting point for adding extra starter to recipes is to replace a proportion of the flour and liquid in an existing recipe with the same weight of starter,” says Eshkeri. As an example, if you’re adding 100 grams of starter to your recipe, subtract 50 grams of flour and 50 grams of liquid from your ingredients.

Ford adds, “If you’re a home baker who has made banana bread before, try to just get the same consistency in your batter [as you’re used to]. If you throw some sourdough starter in, and it’s way too wet, then add some more flour.”

Eshkeri also argues for an even simpler approach, and one that just might save your mother’s life and reduce waste in the process. She uses the discard (aka the part of the starter you throw away when you refresh it) in pancakes. Simply put, your discard is pancake batter. Mix the leftover starter with a pinch of baking soda and salt, throw it into a hot buttered skillet, and you’ll have a pancake for one. It’ll be slightly tangier and denser than your average pancake but every bit as good.

Ford, who has made sourdough(ish) babka his go-to, takes the laissez-faire approach one step further: “I’m an advocate of ‘Yo, just throw it in,’” he says. “Even if it fails, it’s still going to be delicious.”