Get a free recipe
Subscribe
How Do They Make Curly Fries?
By: Max Falkowitz 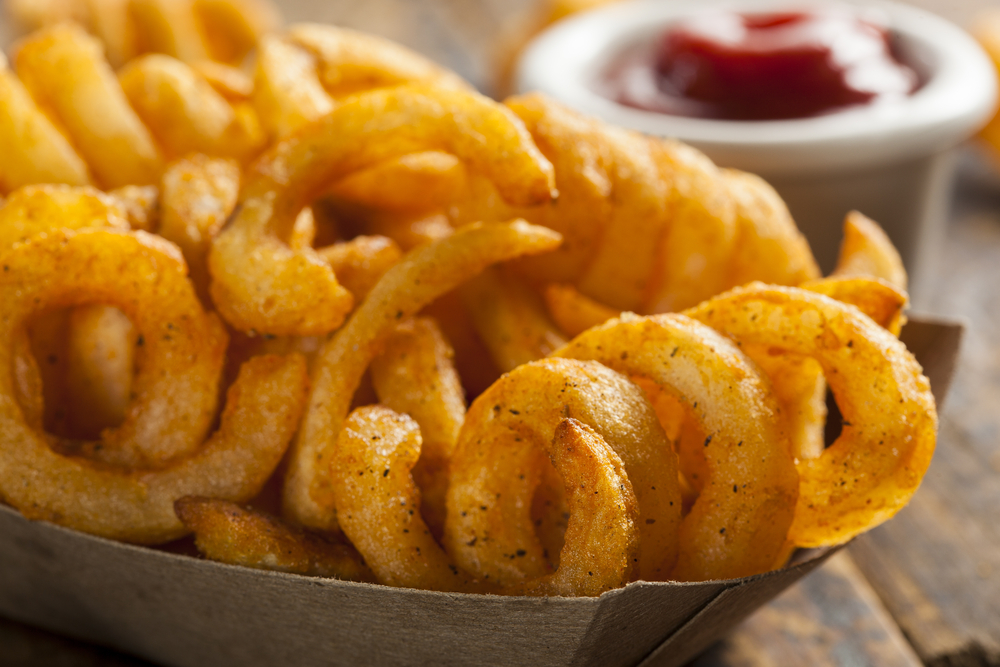 And what gives them that curly fry taste?

If your favorite fry is the curly fry, you might just like curly fry seasoning, a mix of garlic and onion powders, fine cornmeal, paprika, and cayenne. Ever since industrial food manufacturer Simplot released SeasonedCrisp Savory Loops onto the market and promptly won the adoration of cafeteria and Arby’s goers around the U.S., every other manufacturer of curly fries has mimicked that successful formula, so much so that that seasoning defines a curly fry as much as the shape. And how do they get the fries to curl, you ask?

Picture an enormous spiralizer that cuts the potato on an angle so it naturally curls as it passes through a small opening at a specific pressure. It’s a technique as old as Italian macaroni machines and uses the same principles as dyes for making rotini, cavatappi, and plain elbow macaroni.