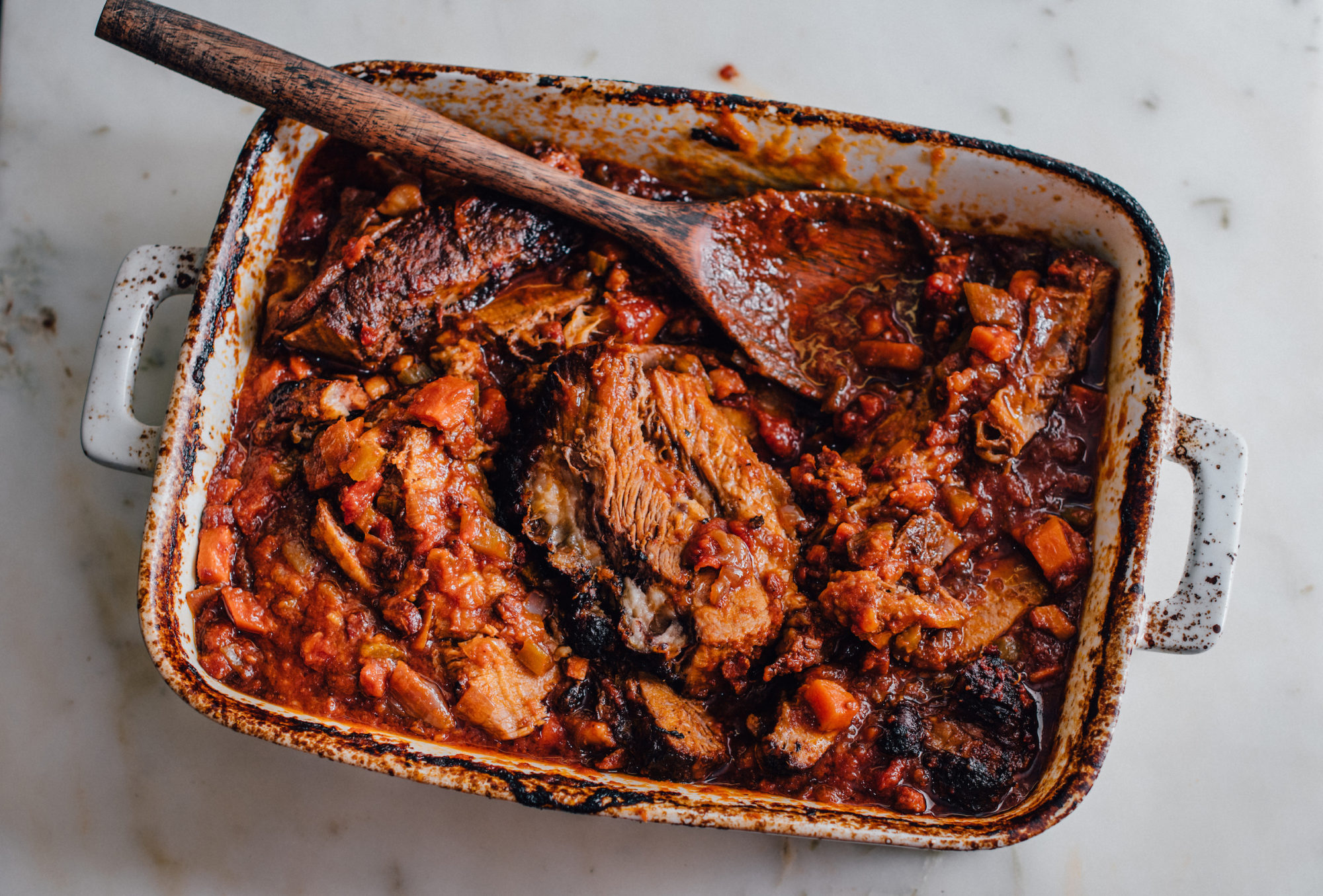 While quick grilling has its place, the slow braise is the ultimate way to unlock the joys of more economical beef.

For Americans, the pricing of meat is pretty straightforward. Commodity markets dictate the price, and the most popular cuts—usually the most tender and easiest to cook, like tenderloins and rib chops—are more expensive than the less popular cuts, like brisket, sirloin, flank, and shank.

This structure is actually great news for price-conscious home cooks because, in general, these so-called lesser cuts are actually relatively high quality and can be manipulated into something truly extraordinary.

But before we get into specifics about how to actually cook these chucks and rumps, a soapbox moment from Dan, who most recently made his bread (steak) running the meat-centric Meatball Shops in New York City and Washington, D.C. Take it away, Dan!

Conscientiously raised meat is typically many times better than the stuff you find at your average supermarket meat counter. So if you’re looking to save a buck, but also want to follow my advice to braised-brisket glory (see below), you’re much better off choosing a less expensive cut, like flank or shank, from a good butcher shop than a pricier New York strip from your local Food Lion. (No offense to the butchers at Food Lion. We love all our meat men and women.) Back to thinking about the different cuts. Meat comes from muscles, and the more a muscle is worked, the leaner and tougher, but also more flavorful, it will become. The lesser-used muscles, like the tenderloin, are more tender (“cuts like butter” is the phrase that is often thrown around) but bland by comparison.

We are going to focus on the tougher muscles, brought to life with braises, pot roasts, and stews. There are a couple of categories to choose from: cuts that have lots of sinew and tendon (shank and short rib, for example) and cuts that are mostly lean, like top and bottom round. The leaner cuts are best cooked rare and sliced thin (like roast beef), whereas the fattier cuts are best cooked low and slow so that the sinew and tendons break down, leaving the unparalleled moist richness we love so much in barbecue and braises. Salting and seasoning your meat in advance is especially important when braising these less-expensive cuts because it helps the meat retain its moisture and gives the salt time to permeate the larger pieces, seasoning the inside. We’ve already written about marinating meat, so we won’t get into it here, but suffice it to say that the longer you plan to cook your meat, the more it will benefit from a good long marinade.

The point is this: Braising is the way to go. It breaks down the meat, which is inherently flavorful, to a tenderness that exceeds expectations. Braising is the reason the once-lowly short rib—previously less desired and cheaper—became a restaurant staple and is now quite a bit more expensive at the butcher counter. Patience is key: The biggest mistake people make is trying to speed the process. So carve out some time to make one of these great braises.